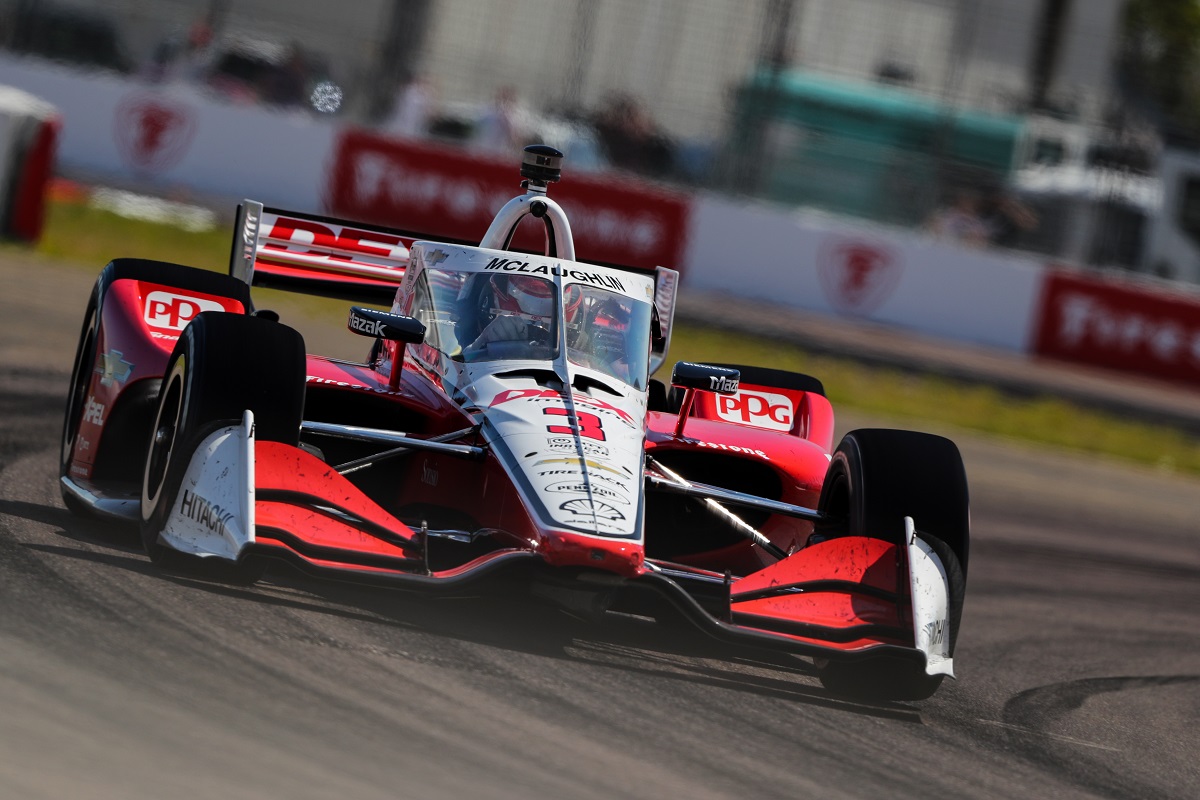 Scott McLaughlin has identified an average finishing position of seventh as a key marker in his bid to win this year’s IndyCar title.

The Team Penske driver is the early series leader after a maiden race win in Round 1 of the season, when he beat Alex Palou by half a second after 100 laps around the streets of St Petersburg.

Palou so happened to win the series last year, but hardly dominated.

While he took out at least as many races as any other driver, the Spaniard’s haul of three victories was matched by Colton Herta, and they were among 10 distinct winners in a 16-race season.

Furthermore, Palou averaged a finishing position of just 7.31 across the campaign, and was but one of three drivers who arrived at the Long Beach season finale in title contention.

However, it was his consistency which helped make the difference in the final wash-up.

Palou in fact had a slightly worse average finishing position than runner-up Josef Newgarden, the 2017 and 2019 title winner registering a 7.25 on that metric but only managing a 12th in the double-points Indianapolis 500 to the eventual 2021 champion’s second.

Notably, both were well above the 10.13 average for Herta, who was classified in the top 10 only eight times all year.

“It’s only one race and I’ve got to make sure that I’m strong like this every round, and really, that will be the difference,” said the New Zealander.

“Last year, a seventh position was the average race result for the winner of the championship and I’m sure it’s going to be even better this year.

“If we can be around that average, we know we’re going to be there or thereabouts, and that’s our goal.

“So, consistency is key and we’ll keep working on that and let everyone talk about it themselves, and we’ll just keep our heads down.”

Nevertheless, McLaughlin is not getting carried away about his title hopes just yet.

He expressed a preference for keeping underdog status in the immediate aftermath of his St Petersburg triumph, and is mindful that he will be punished for any slips in performance.

“I think if we just keep doing our thing, we can be right there at the end, for sure,” said the three-time Supercars champion.

“But I’m not kidding myself; I know that, potentially, if we have a bad qualifying, we could find ourselves 20th and completely on the opposite end of the spectrum, and that’s just what IndyCar racing is all about.

“So really, we’re just going out dotting our i’s, crossing our t’s, and seeing what we can achieve each race.

“We’ve got some ovals coming up, we’ve got some road courses that we’ve got to make sure that we’re fast for, but look, it definitely instils some confidence in the whole squad that when we get a car that’s raceable – that’s good enough to win the race – we can do it, and that’s what makes me really proud.”

The 2022 season continues this weekend at Texas Motor Speedway, where McLaughlin picked up what was, until recently, a career-best result of second in the first of two races at the Fort Worth circuit last year.

Texas hosts just the one race this year, with Practice 1 this Saturday morning (local time; Sunday morning AEDT) and live coverage on Stan Sport from Qualifying onwards on Sunday morning at 05:00 AEDT.