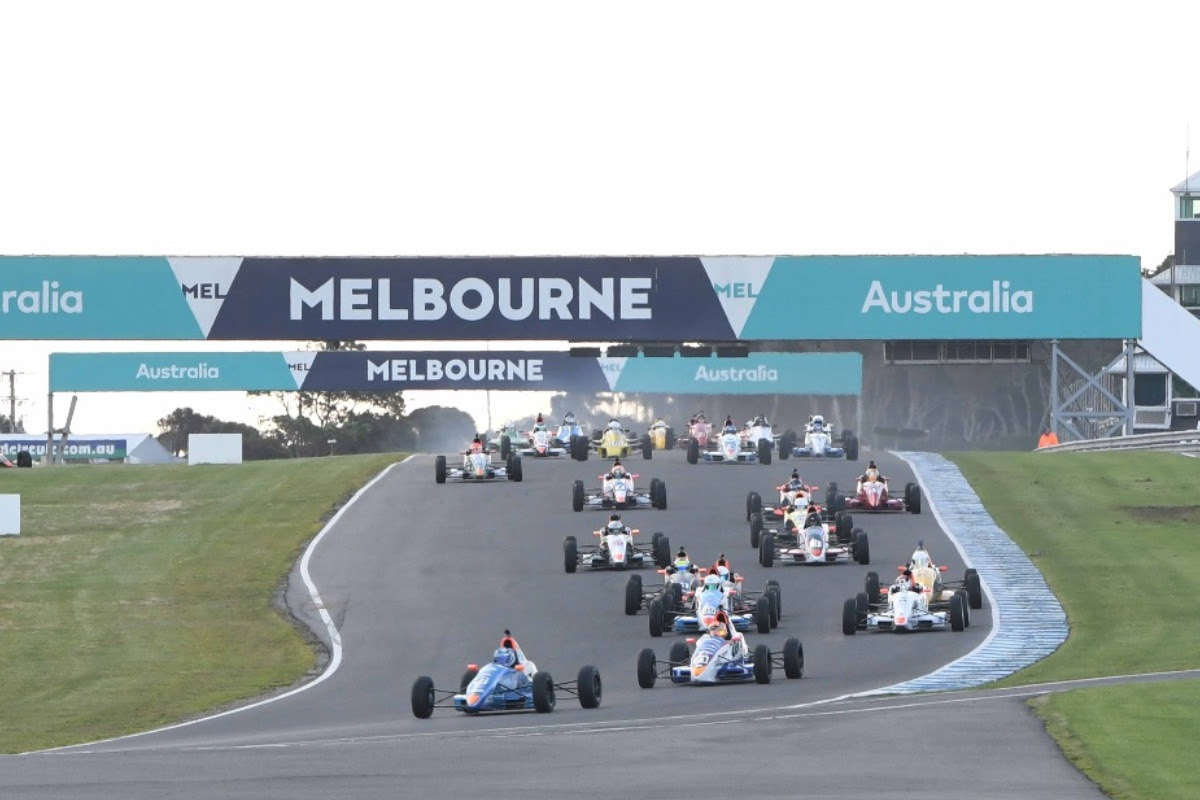 An 18-car field is set to descend on Phillip Island for Round 2 of the Australian Formula Ford Series, this weekend at the Shannons Motorsport Australia Championships.

The event marks the return of the competition to the platform, and comes after its Motorsport Australia national series status was reinstated effective this year.

Jordyn Sinni holds a one-point lead atop the table having taken pole position and two race wins in Round 1 of the season at Sandown last month, although the first of those encounters was declared a non-result after most of the racing laps were lost due to Safety Car.

Fellow Spectrum driver Cody Donald is next-best after he prevailed in the third and final race of the weekend.

Both will be part of the field this weekend, as will fellow front-runners Xavier Kokai, Clay Richards, and James Piszcyk.

Formula Ford will have a practice session and qualifying this Friday, two 10-lap races on Saturday, and another on Sunday.

Stan Sport will carry live and ad-free coverage of the event, including Formula Ford Race 2.