New tyres to debut at Phillip Island for TCR, S5000

New tyres to debut at Phillip Island for TCR, S5000 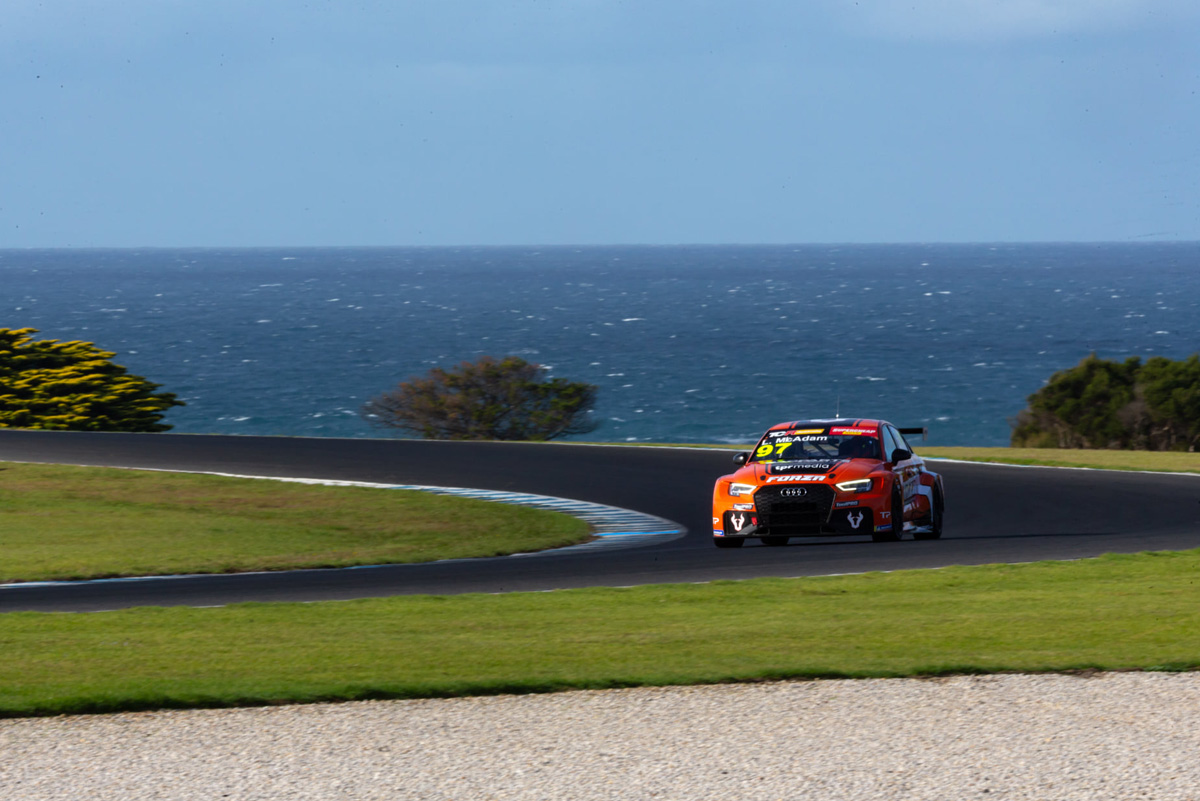 Liam McAdam during a recent test day at Phillip Island

The high-speed Victorian venue is notoriously tough on rubber, although the changes are not necessarily track-specific given they will be in play for the remainder of the 2022 season.

In fact, Michelin’s updated TCR product was hoped to be in use at the season-opening Race Tasmania event last month, only for shipping delays to intervene.

“There have been some failures at Phillip Island in recent seasons and I think that sort of led to a bit of development on the tyre, and it’s just coincidental that it’s now available as of this round,” Australian Racing Group co-owner Barry Rogers told Speedcafe.com with regards to TCR Australia.

“It was meant to be here for the first round of the season actually, but there were some shipping delays that held that up.

“They’re always doing constant development, the tyre manufacturers, and this is an evolution of what the current tyre is.”

As for S5000, which uses Hoosier tyres, there is a specific target to achieve.

“There is a slightly new spec at Phillip Island for those cars as well. It’s the same tread compound but the sidewall is a different construction which should generate heat a bit faster into the tyres,” Rogers confirmed.

“I don’t think the overall performance of the tyre will be any better but I think you will find that they get up to speed a bit quicker than what they had been.”

There has been some chatter that S5000 could switch to a different tyre manufacturer from 2023, with Hankook rumoured.

When prompted on such suggestions, Rogers replied: “The Hoosier arrangement expires at the end of this year, but that doesn’t mean we won’t stay with that tyre. It’s been a bloody good tyre for those cars.

“The good part about the tyre is you bang one set on from qualifying onwards and you’re still running on that same set of tyres Sunday afternoon and they’re just getting faster and faster the whole way.

“So I don’t see any real reason why we would change, but that’s not to say that there potentially won’t be.”

Headlining the Shannons Motorsport Australia Championships event at Phillip Island on March 18-20 will be Round 2 of both TCR Australia and S5000.

All the action will be streamed live and ad-free via Stan Sport.