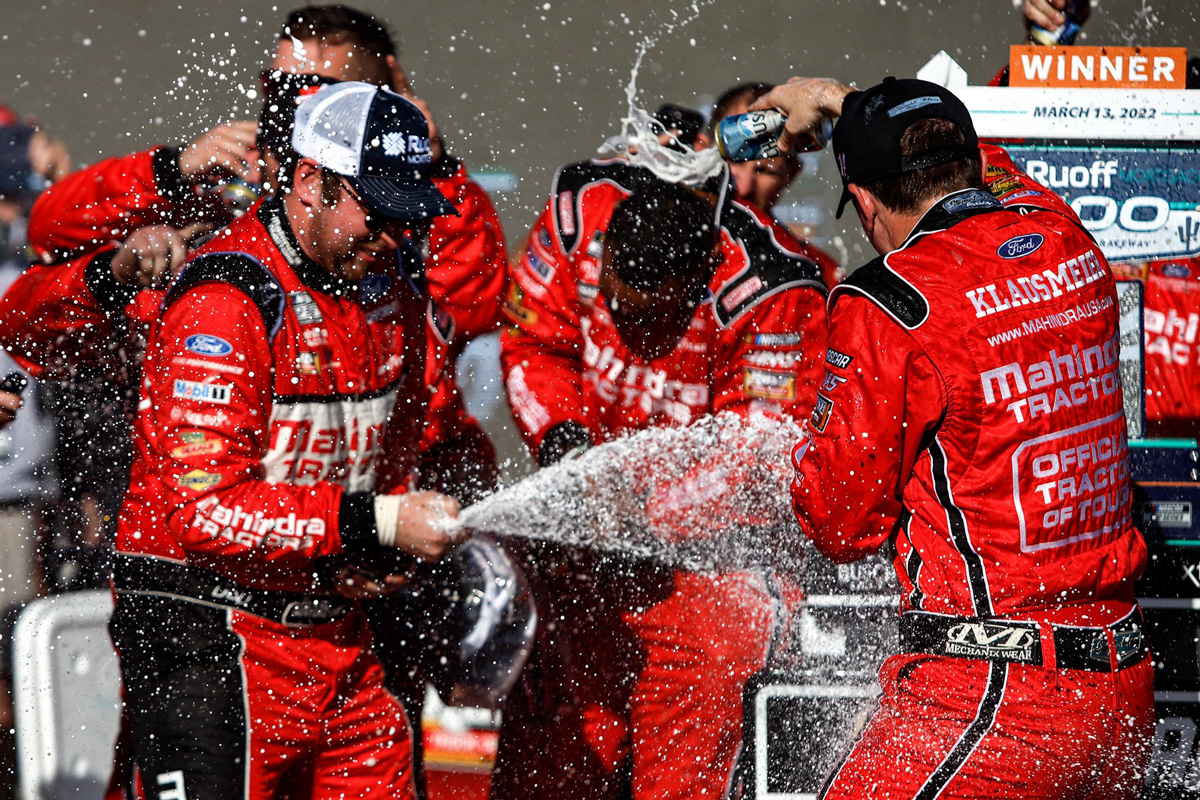 Chase Briscoe cut an emotional figure before and after taking the chequered flag at Phoenix Raceway as he became the NASCAR Cup Series’ 200th race winner.

The Indiana native has had a bumpy ride at times en route to what is now his second season in the top tier, making his maiden triumph all the more meaningful.

That it came for Stewart-Haas Racing and in the #14 long associated with Briscoe’s idol Tony Stewart was the icing on the cake.

“I was crying the whole last lap,” said the Ford driver.

“I mean, this is definitely a team win; I’ve got to thank everybody that’s got me to this point.

“Seven years ago I was sleeping on couches, volunteering at race shops and was literally driving home to give up.

“Unbelievable. So blessed to be here driving at the organisation, the team and the car that was my hero’s growing up.

“So to get this #14 back in victory lane, to do it with Mahindra Tractors, their first year in the sport… everybody that’s believed in me, it’s unbelievable.”

The result comes just three weeks after his maiden Cup Series podium, achieved in the Daytona 500.

The 2022 season continues next weekend at Atlanta Motor Speedway.