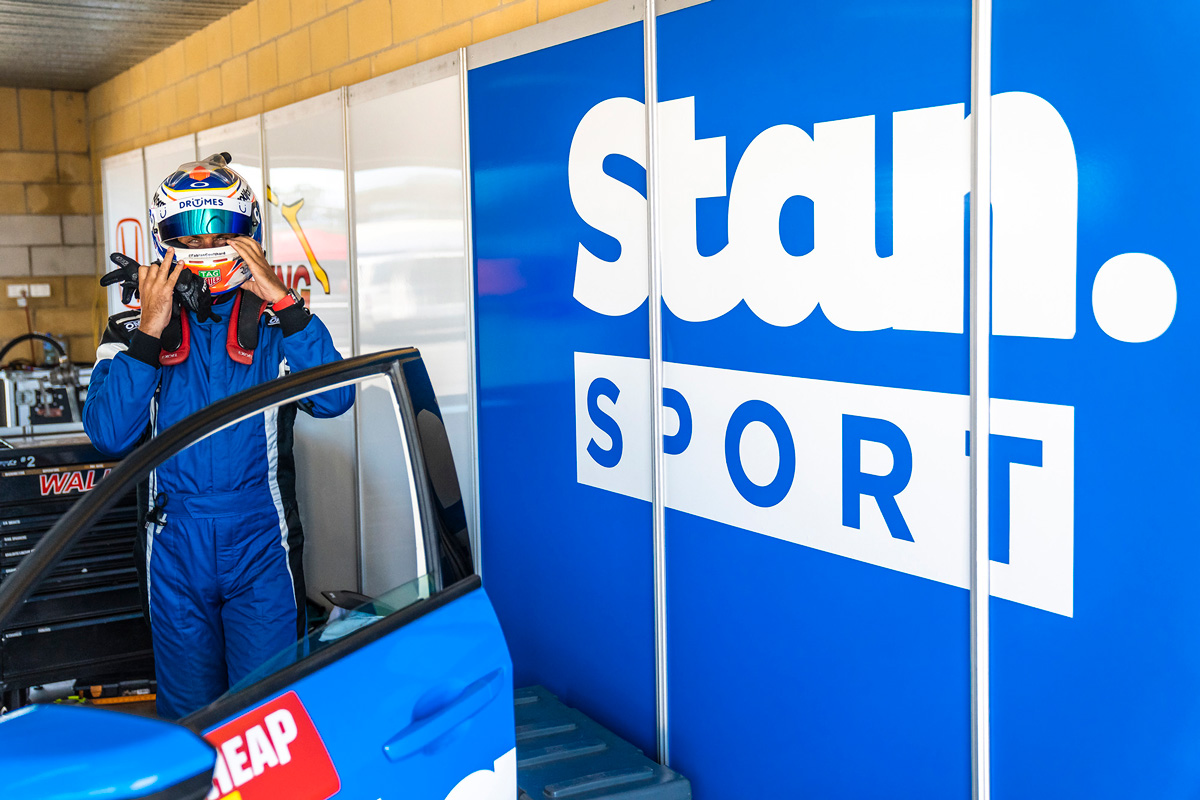 Fabian Coulthard has secured a second round in the 2022 Supercheap Auto TCR Australia Series to build on a debut he confesses was akin to a “baptism of fire”.

Coulthard is arguably the biggest name in the TCR field this year, having lost his Supercars seat when Team Sydney sold in January.

The 39-year-old got his first taste of a front-wheel drive race car at Symmons Plains last month and will now be back in the Stan Sport-backed Wall Racing Honda this coming weekend at Phillip Island.

“It’s awesome that I’ve got a second chance in the Stan Sport Honda TCR at Phillip Island,” said Coulthard, who is 13th in the points.

“Symmons Plains was certainly a baptism of fire for me.

“It was my first race in a front-wheel drive race car, so there was a lot to get my head around, but I felt that I adapted pretty quick. A few electrical gremlins held us back, but we certainly have the speed to be at the pointy end.

“The Hondas have proven to be really strong at Phillip Island in the past. They have a heap of data from down there too, so I’m confident that we can be competitive.

“Like most drivers will say, Phillip Island is one of the best race tracks we have here in Australia, and I’m looking forward to seeing how the Honda goes around [there].”

Coulthard won the most recent Supercars race at Phillip Island, leading a DJR Team Penske one-two. He will co-drive for Walkinshaw Andretti United in the Bathurst 1000 this year.

Stan Sport director Ben Kimber welcomed the continued arrangement, which appears to only include Round 2 at this stage.

Stan Sport is the long-term broadcast partner of the Australian Racing Group’s SpeedSeries, for which TCR is the headline act. The popular streaming service has also picked up the rights to IndyCar, the World Rally Championship, World Endurance Championship, Formula E, and more.

“The first round of the brand new SpeedSeries was a huge success and the feedback we received from the Tasmanian event was terrific,” said Kimber.

“We’re incredibly pleased with how it’s come together, and we’ve only just begun.

“We’ve built a world class on-air motorsport team to showcase the SpeedSeries and we are looking forward to bringing Stan Sport viewers all the action round from Round 2 in Phillip Island.

“It’s a fantastic opportunity to have Fabian continue to represent Stan Sport in the Supercheap Auto TCR Australia Series.

“Fabian is an extremely talented driver and a brilliant ambassador for our new partnership with SpeedSeries. We can’t wait to see him on the track in Phillip Island.”

Among other categories featuring at Phillip Island across March 18-20 will be the S5000 Australian Drivers’ Championship, Fanatec GT World Challenge Australia Powered by AWS and the Turtle Wax Trans Am Series.