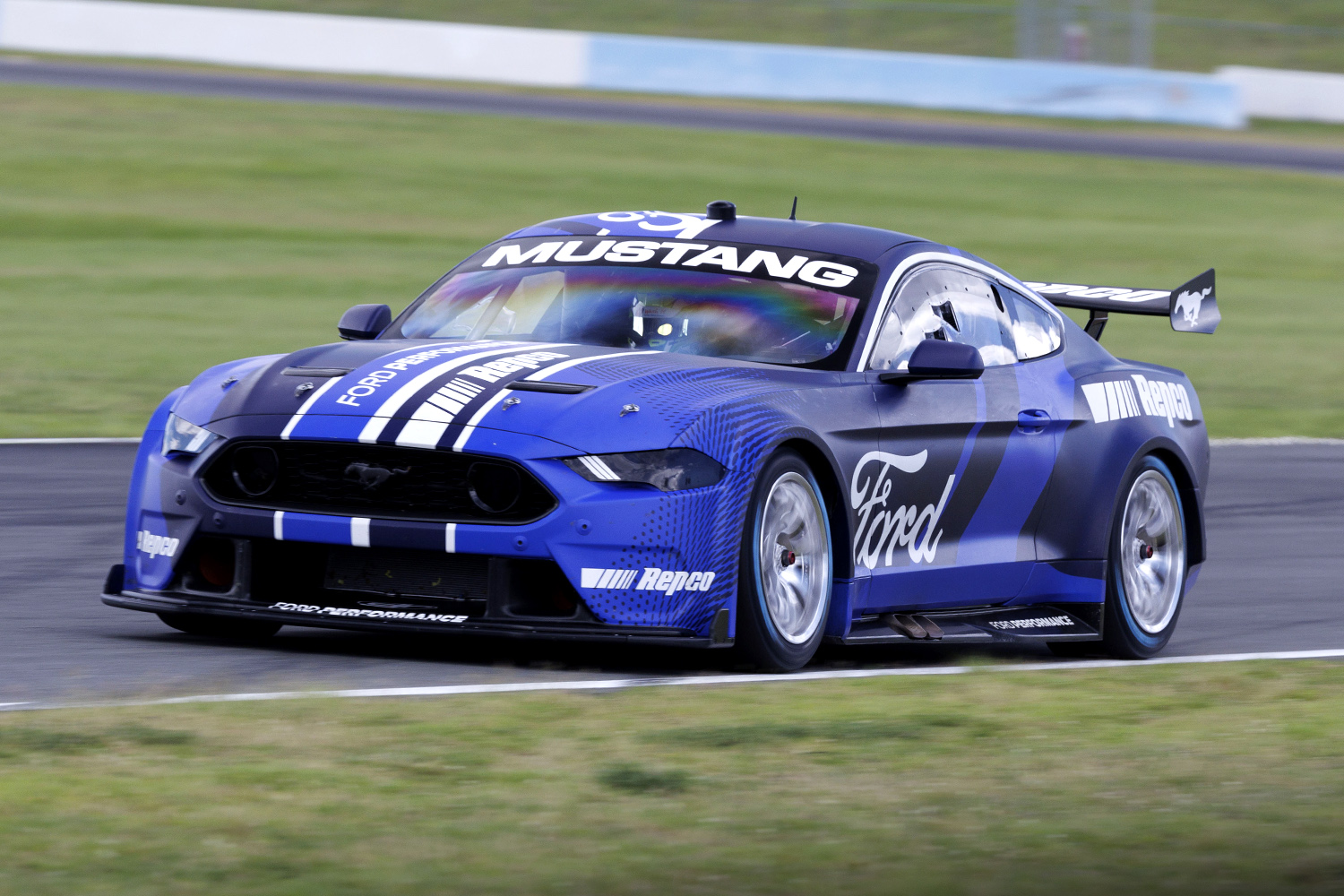 Supercars champions Marcos Ambrose and Garth Tander are set to get their first taste of the category’s Gen3 prototypes at Symmons Plains later this month.

Ambrose, who won the 2003 and 2004 drivers’ titles, will get behind the wheel of the Ford Mustang while 2007 champion Tander will sample the Chevrolet Camaro.

The pair will have their first run on Friday, prior to the Repco Supercars Championship field rolling out that weekend.

The Gen3 prototypes will take to the track throughout the event with guests onboard.

“I’m excited to be one of the first to drive one of these Gen3 Supercars at home at Symmons Plains,” said Ambrose, who will also be part of Supercars’ presenting line-up that weekend alongside Jessica Yates, Neil Crompton, and Mark Skaife.

“I’ve driven this track many times in many cars, but to be able to do it in a Gen3 car will be interesting. I have heard a lot about the Gen3 and I’m looking forward to driving it and see what the car feels like from behind the wheel.

“I’ll be sharing my thoughts on it during the broadcast, which I’m very happy to be returning to over the race weekend.

“From what we saw in Sydney a few weeks ago, this year’s championship could shake up the order, so I’m really looking forward to what’s to come on track.”

The forthcoming Ned Whisky Tasmania SuperSprint on March 25-27 will mark the fifth outing for the cars this year after four days of testing at Queensland Raceway.

Testing is then slated to continue in the days following the Formula 1 Australian Grand Prix with a trip to the Phillip Island Grand Prix Circuit.

Supercars had planned to have the Gen3 cars at Winton Motor Raceway alongside the Gen2 cars at pre-season testing and then at the Sydney Motorsport Park season-opener for demonstration runs, though both of those plans were abandoned to make revisions to the prototypes.

Those changes, which are to be completed in time for the next showcase, include the addition of a manual sequential shifter and substantial ergonomic adjustments to improve driver comfort.

Supercars will shakedown the cars at Queensland Raceway later this week.

“To be able to get behind the wheel of one of these cars that I’ve heard so much about already, and to be one of the first to drive it at Symmons Plains, which is such a high speed circuit, will be a great privilege.

“Symmons is one of the hardest circuits to win at, there’s overtaking opportunities all over the track. One mistake and your race could be over.

“I’m really looking forward to joining Marcos on track and in commentary for what is shaping as a huge weekend for the championship.”

The Tasmania SuperSprint takes place across March 25-27, with Supercars on track Saturday and Sunday.

Fox Sports and streaming service Kayo will carry live and ad-free coverage of the weekend’s racing while highlights will be shown on the Seven Network.