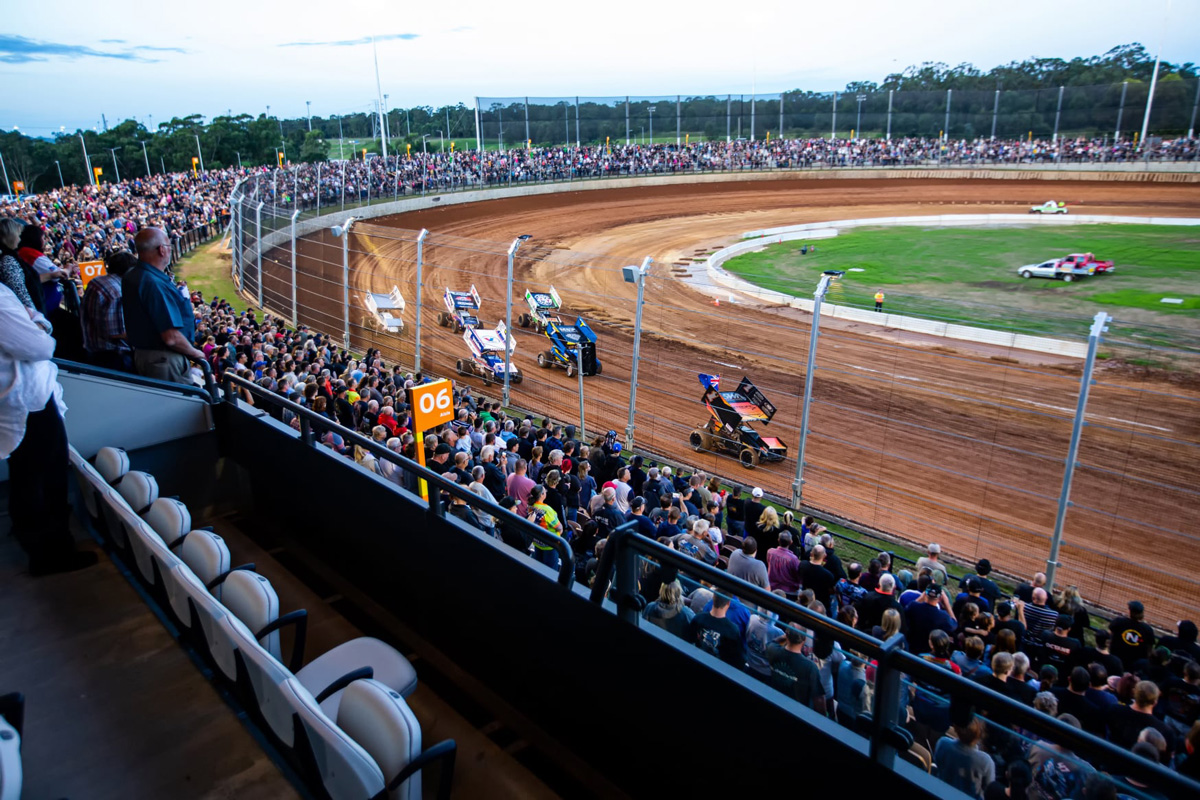 Construction delays forced an initial January opening date to be postponed to February 26, which was then curtailed by wet weather.

It was a case of third time lucky though, with fans flocking to the precinct – little more than two years after the closure of Parramatta City Raceway.

Respected motorsport chaplain Garry Coleman was on-hand for the launch as co-promoter Kathy Kelly cut the ribbon to usher in a new era.

It all built up to a 35-lap sprintcar main event. After several stoppages, time curfews caused the race to be called at the end of Lap 17.

Jamie Veal took victory to etch his name in the history books, with Lachlan McHugh and Robbie Farr rounding out the top three.