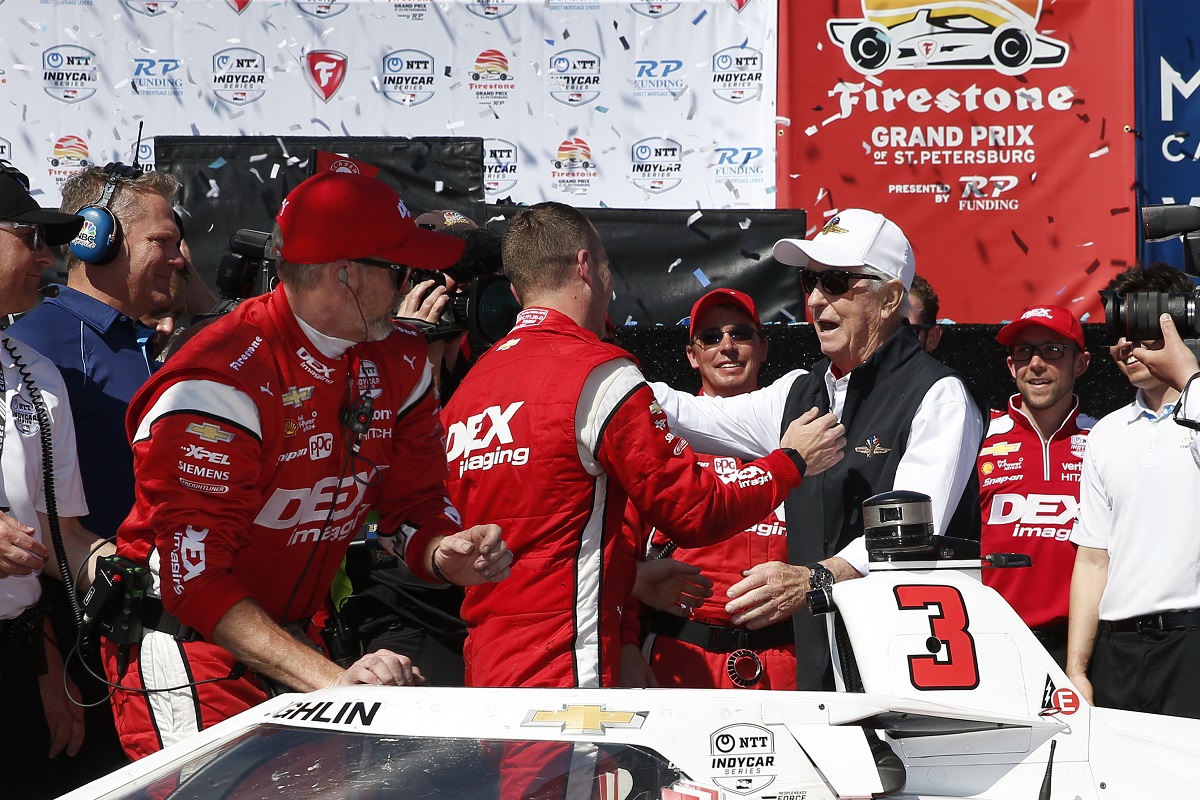 Scott McLaughlin says his breakthrough IndyCar win has put his mind at ease and repaid some of the faith from the Team Penske hierarchy.

McLaughlin started his second full season in IndyCar with his first victory in the category in the Grand Prix of St Petersburg, after a tough rookie campaign of just the one podium and being classified outside of the top 10 on 11 occasions.

He spoke following his triumph of how a year like the one he had in 2021 “mucks with your head” after the dominance he had enjoyed in the Repco Supercars Championship before his move to the United States.

The three-time Supercars champion also said that “getting paid good money”, and driving for a giant of IndyCar like Team Penske, yet scrapping in the back half of the field, was “not good”.

Reflecting further on what he achieved in St Petersburg, however, McLaughlin said he has gone some way to repaying the faith of team owner Roger Penske and president Tim Cindric.

“I guess it’s nice for me [that] I’ve proven something at least, and repaid some of the faith that Roger and Tim put into me,” he explained.

“So, it puts put my mind at ease a little bit more about that sort of situation.

“But you know, I’m addicted to it, I just want more, and I’m going to work even harder to make sure that we’re even stronger in the next few events.”

McLaughlin had long seemed likely to end up in one of Team Penske’s North American programmes while he was racing for DJR Team Penske in Supercars.

Asked by Speedcafe.com what sort of reaction he got from Penske himself and Cindric after his IndyCar breakthrough, he recounted, “They were just super stoked for me, and they just gave me both gave me a massive hug.

McLaughlin then continued on what Cindric and Penske had done to reassure him during his rookie season.

“TC and Roger, they both sat me down and said, ‘Look, we’re here for a long time, not a short time,’ and when I was beating myself up last year, they were consistently just telling me, ‘Don’t worry about things, just you focus on yourself, keep working at it, it’ll come,’” he added.

“When you have that faith from the top of everything, it’s a very cool thing as a race driver, and I think that’s why the culture here is so good.

“I’m super proud of what we’ve achieved so far, but like I said before, I feel like it’s a belief now that we can do it and we’ve proven it, so now hopefully we can just take that confidence everywhere and just build bigger and bigger.”

The Fort Worth circuit hosts the second event of the season next weekend, with live and ad-free coverage on Stan Sport.