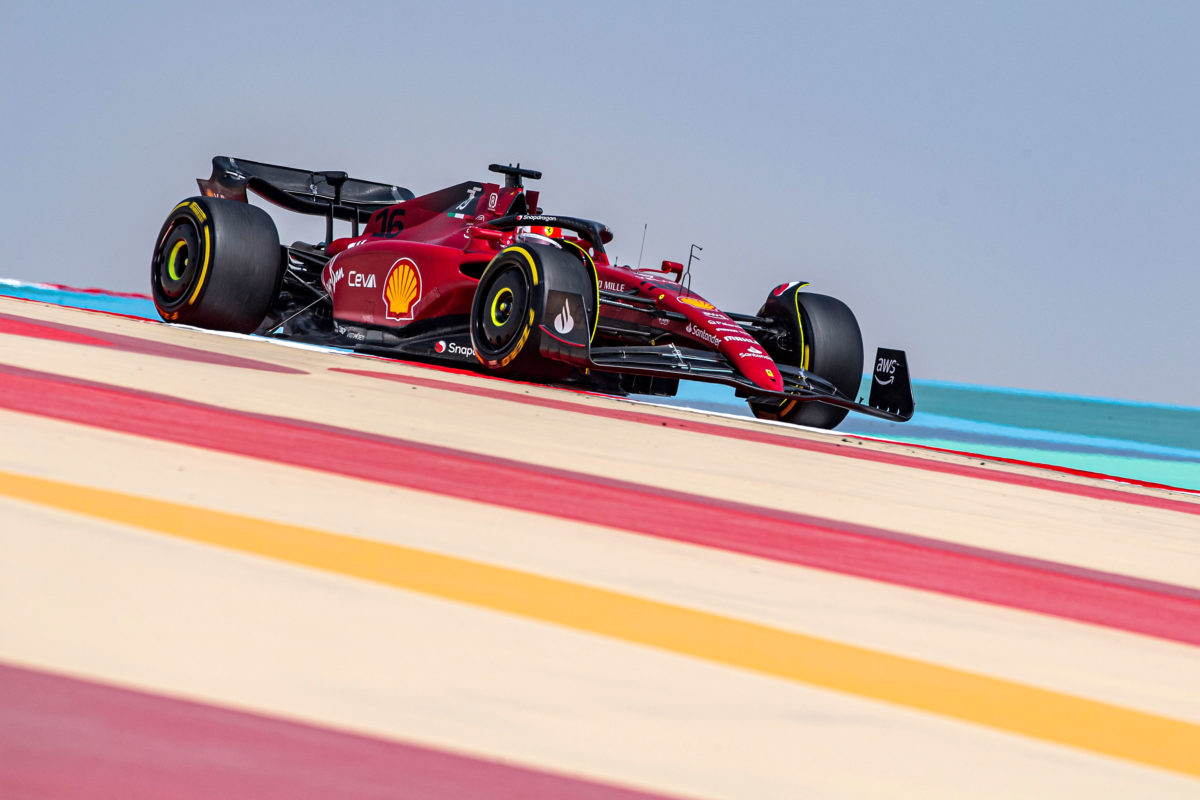 Ferrari heads into the 2022 Formula 1 season among the favourites after a strong showing across both pre-season tests.

Charles Leclerc and Carlos Sainz featured prominently in both Spain and Bahrain, often at the top of the timesheets.

With solid and consistent pace, no major issues experienced, and the most mileage of any team, on paper the Scuderia looks a solid early season contender.

However, team boss Mattia Binotto has reserved judgement on exactly where his squad will be despite the strong pre-season showing.

“We cannot draw any definite conclusions, because it will take a few races before we can get a picture of the pecking order among the teams,” he said.

“However, what we can say now is that these past few days have been positive for us.”

Key for teams in testing was to not only understanding their cars and how to tune them, but also gathering data to correlate the real world against the simulator and CFD models.

“Our main aim was to gather as much data as possible to understand this completely new car, correlating it with what we had from our tools back in the factory, primarily the simulator,” Binotto said.

“It’s very hard to say where we are in performance terms and there’s no reason why the frontrunners from last season should not once again be the favourites.

“We will try to be ahead of the chasing pack, which I hope to be very evenly matched.

“Our car is a good basis on which to build and to maximise its potential given that, with such a long season, car development will play a vital role,” he added.

“Charles and Carlos came into these tests in great shape and they have made a major contribution to us getting the most out of these days.

‘Finally, it’s great to see so many different interpretations of the rules among all the teams. We can expect a very interesting season!”

The 2022 Formula 1 season gets underway on Friday with opening practice for the Bahrain Grand Prix starting at 23:00 AEDT.