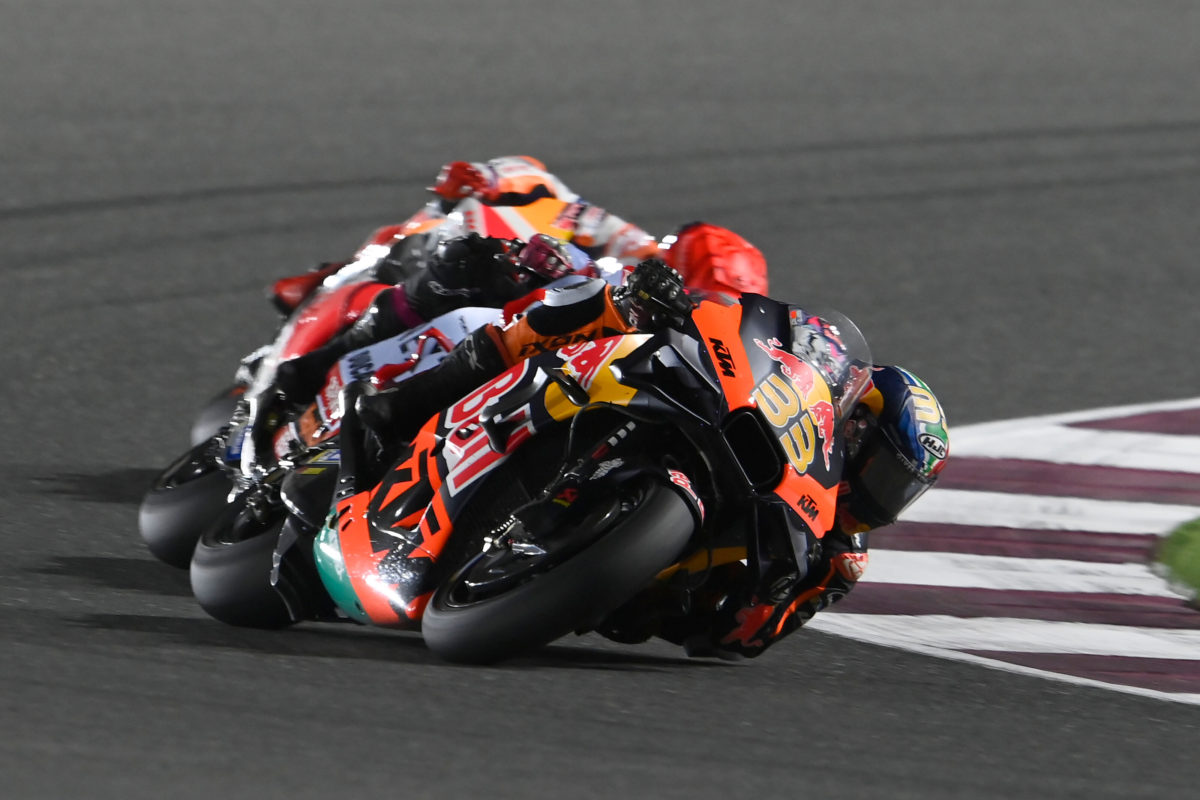 Brad Binder says there is much more to come from KTM after his Qatar MotoGP podium marked an astonishing turnaround for the manufacturer.

KTM looked in serious strife after the first Official Test of the year, in Sepang, where new factory team manager Francesco Guidotti said they would revert to their 2021 base and try again.

However, Binder arrived at Round 1 of the season in Qatar with confidence that the Austrian marque had eventually managed to develop a better package, which was easier to ride.

That sentiment proved to be well-founded when he finished second at the Lusail International Circuit, only tenths of a second behind Enea Bastianini, but the South African believes that there is more improvement in the RC16.

“It’s true that in Sepang, [we] didn’t leave happy at all,” remarked Binder.

“I wasn’t quite sure what was going on, but once the guys had time to really study the data and everything with our new package, they understood exactly what we needed to fix our issues, and as soon as we got to Mandalika [second Official Test], they solved our problems straightaway.

“You know, everything’s still quite new for us, so I think there’s still a way to go, and we need to do a bit more testing to really get the full potential of our package.

“But in general, I mean, I can’t thank KTM enough.

“This is a track [Lusail] that’s super difficult for us, and it’s unbelievable to think we’re on the podium here.” 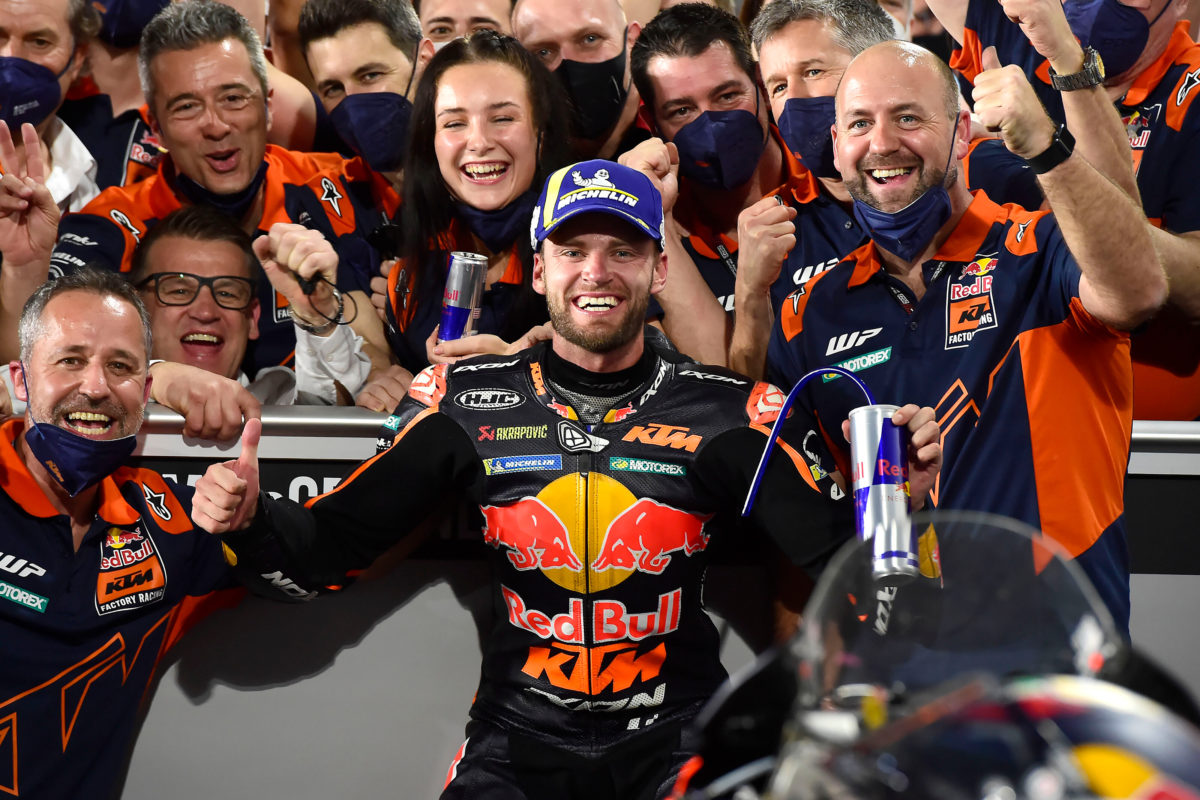 The KTM had been one of the better bikes in a straight line last year, seemingly second only to the ‘Bologna bullets’ turned out by Ducati, but Binder reiterated after the Qatar race that it is also a much more compliant bike in corners.

Asked what made the RC16 so much more competitive at Lusail this year, he quipped, “The bike turns.

“We’re normally, especially last year, unless we were braking really hard, we really struggled to get the front to start coming around on lean angle.

“Whereas now, I can kind of release the front brake and just roll with a lot more corner speed, so it’s made such a huge difference, and it gives you so much more confidence because you don’t have to be completely on the limits on the brakes every corner.

“So, hats off to the guys, I’m so happy they made such a good step for us, and I’m looking forward to seeing how the season pans out for us.”

Binder’s Red Bull KTM team-mate Miguel Oliveira crashed out of the Qatar Grand Prix, but there was another RC16 in the points.

Australian Remy Gardner was first of the five rookies in the field, taking 15th on the #87 Tech3 KTM Factory Racing entry, three positions ahead of team-mate Raul Fernandez.

Binder’s result means KTM is currently second also in the constructors’ championship, which is determined by each manufacturers’ best result in each race, while Red Bull KTM Factory Racing third in the teams’ championship at seven points behind pace-setters Repsol Honda.

Round 2 is the Indonesian Grand Prix at the Mandalika International Street Circuit next weekend.