Sainz puts Ferrari back on top in F1 testing

Sainz puts Ferrari back on top in F1 testing 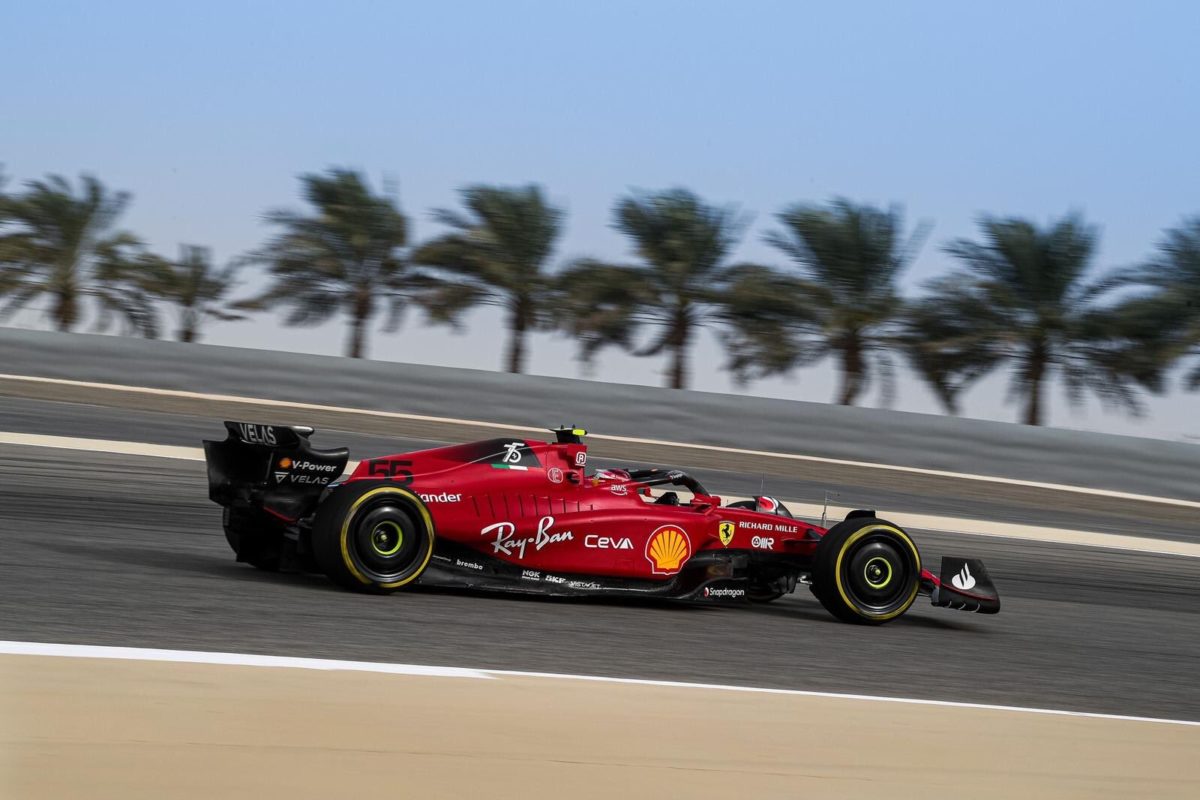 Carlos Sainz returned Ferrari to the top of the timesheets as the penultimate day of F1 testing in Bahrain came to a close.

The Spaniard clocked a 1:33.532s, the fastest of the test so far, to lead Max Verstappen and Lance Stroll at the end of the day’s running.

In doing so, Sainz logged 60 laps, adding to the 54 accumulated by team-mate Charles Leclerc on Thursday morning.

He enjoyed a nearly half second advantage over second-best Verstappen, who drove in both of the day’s sessions and completed 86 laps.

Yuki Tsunoda was the busiest driver, recording a test-high 120 laps, while Esteban Ocon, who topped the morning session, logged 111.

Across the two days, Ocon has the most mileage of the 20 drivers who’ve taken to the track, while Nicholas Latifi has the least with just 65km to his name.

Daniel Ricciardo is yet to get behind the wheel due to illness.

A number of stoppages punctuated the afternoon’s proceedings, with Ocon and Lando Norris both rolling to a halt at points.

Both were precautionary, Ocon stopping the Alpine at Turn 13 midway through the session, and Norris at pit exit as darkness fell.

Neither proved to be especially costly and the duo were back out on track soon after.

In the closing minutes of the four-hour session, the red flag was shown to afford teams an opportunity to practice a race start that never took place.

It had been attempted at the end of the morning session and predicated a hydraulic issue for Valtteri Bottas.

Having experienced a brake fire earlier in the morning session, Williams called time on its day as it worked to repair the damage on the FW44 and did not head out on track.

Kevin Magnussen meanwhile had a productive return to F1 with a solid 39 lap shift for Haas, picking up from Mick Schumacher’s 23 laps in the morning.

The day’s running, for most, ended with a red flag instead of the chequered as Haas was allowed to run for an additional hour to make up for the time lost on Thursday.

A single day of testing remains ahead of the 2022 Formula 1 season formally getting underway with the Bahrain Grand Prix from next Friday.