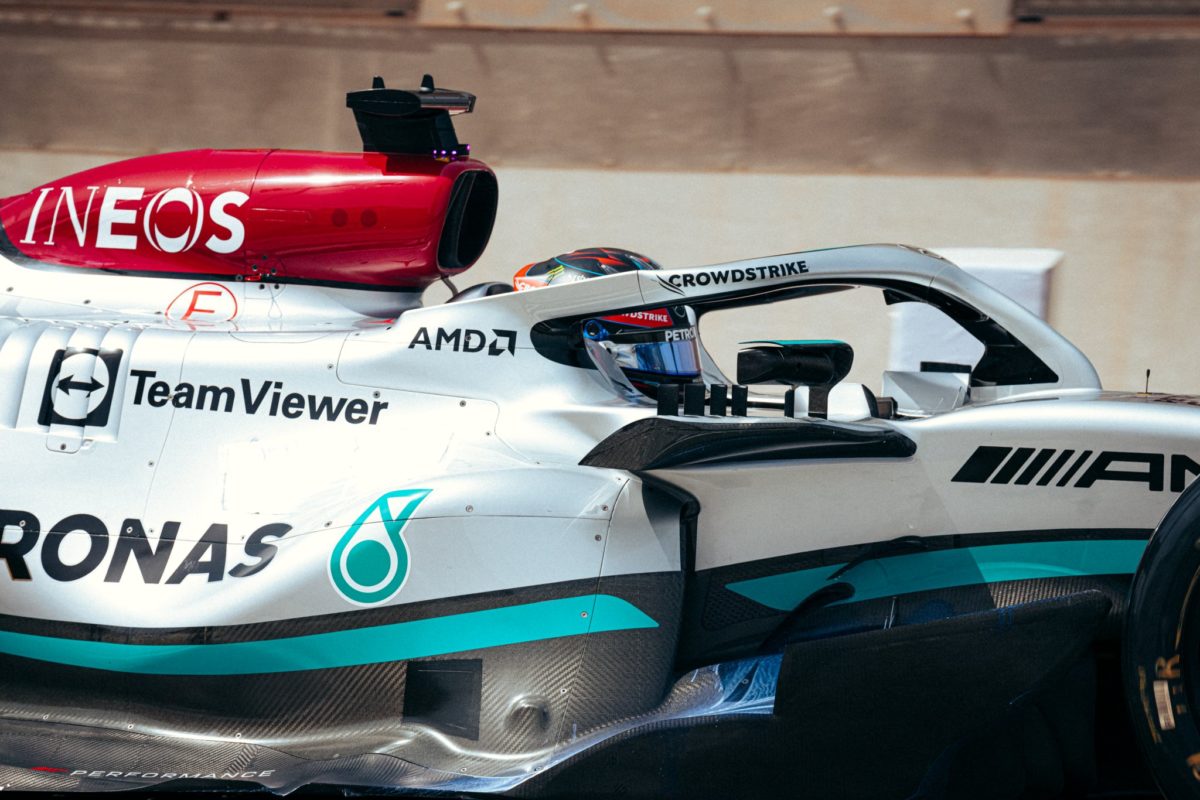 George Russell at the wheel of the Mercedes W13 in Bahrain

The Mercedes W13 made waves during pre-season testing on Thursday when it debuted an all-new sidepod design.

The slimline solution sported a vertical inlet and dramatically sweeping bodywork at the rear of the car.

Most notable however was the treatment given to the wing mirrors, which were mounted on a faring covering the side impact protection.

On Thursday, Horner is reported by German media as questioning its legality, though has now backtracked from that stance.

“It’s very innovative, what Mercedes have come up with,” he said.

“It’s quite a different concept to certainly the concept that we pursued and I think some of the others have.

“It shows the creativity that exists even within constrictive regulations in Formula 1 that very different solutions are coming out now.

“Whether it’s the right route or whatever, only time will tell.”

It was feared the new regulations, which are far more prescriptive than has been seen in F1, would lead to cookie cutter designs.

Many of those fears have been laid to rest already, with a number of different solutions evident across the field.

“What we see in Formula 1 is that there tends to be convergence over a period of time on design philosophies,” Horner suggested.

“But what’s so good about this sport is you get a clean sheet of paper, you get 10 different interpretations.

“Obviously, Mercedes have come up with an extreme one. That’s a different interpretation.

“But to answer your next question, whether we think is legal or not, yes, absolutely. It looks like it ticks all the boxes.”

Pre-season testing in Bahrain concludes tomorrow ahead of the opening round of the 2022 season at the same venue next weekend.