Feeney not afraid to give back biff

Feeney not afraid to give back biff 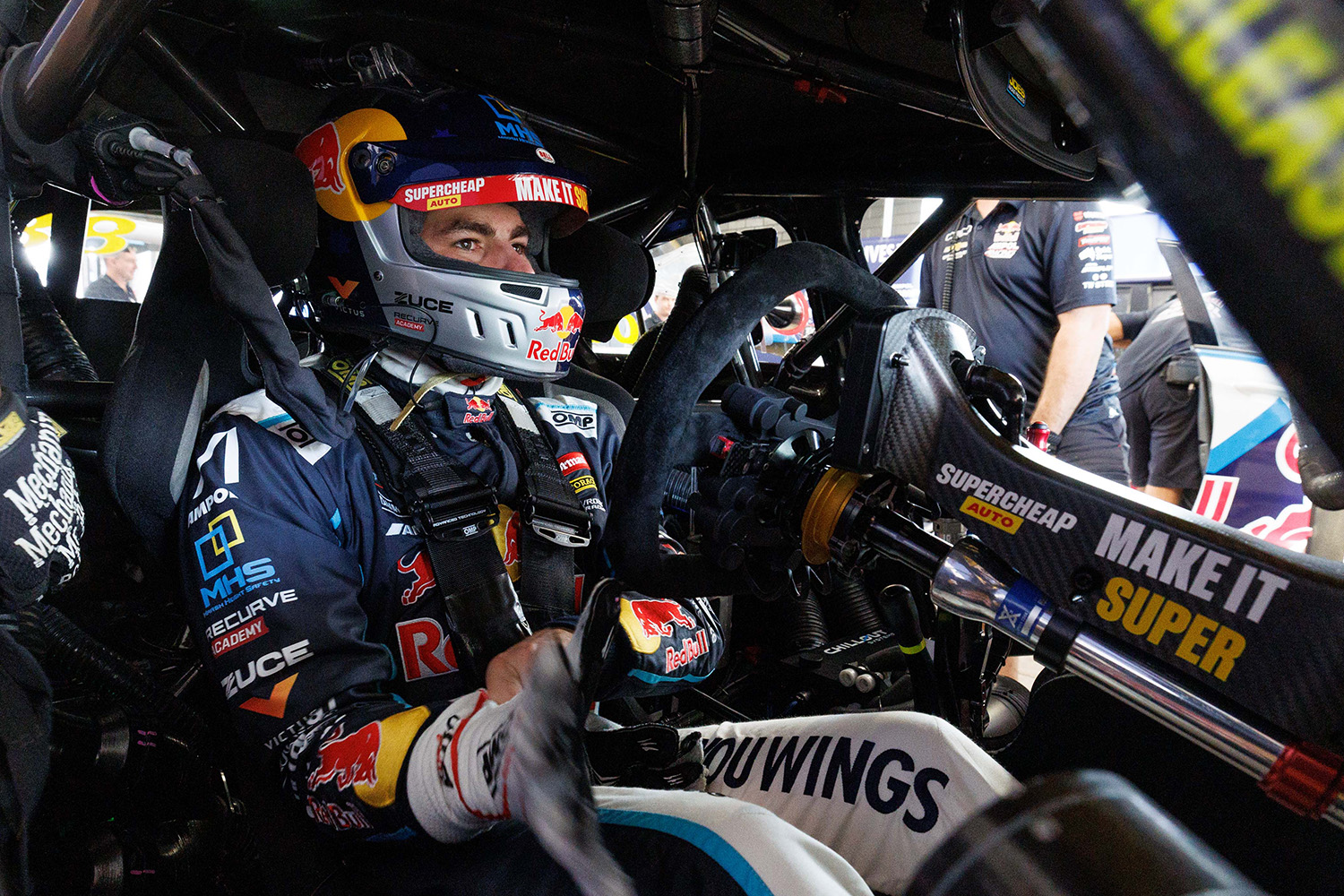 Broc Feeney may be the new kid on the block, but the Red Bull Ampol Racing driver says he’ll put up a fight.

The season-opening Sydney SuperNight marked the first event for the 19-year-old as a full-timer in the Repco Supercars Championship.

Although the teenager has had a pair of outings in the Bathurst 1000 prior, the Sydney SuperNight represented the first solo event in the main game.

Behind the wheel of the car that Jamie Whincup took to second in the drivers’ championship last year, Feeney often found himself in the thick of the fight at the head of the field.

Throughout the weekend, the young gun faced attacks from much more experienced drivers.

The highlight of the weekend saw him engaged in a battle with the Shell V-Power Racing Team’s Will Davison, Feeney prevailing in that instance.

“I think I’ve got a pretty big target on my back this year,” Feeney told Speedcafe.com.

“Not only I’ve got the seat that everyone wants, but I’m the rookie that’s coming into the series, so everyone is trying to push me around.

“I’m just making sure that I give it back just as hard as they give it to me. A lot of war paint, rubbing out there.

“There was some pretty silly stuff going on, but I tried to keep it as clean as I could and raced as hard as I could. That’s what it is.”

Feeney’s team-mate Shane van Gisbergen, who lies third in the drivers’ championship behind Chaz Mostert and Anton De Pasquale, said he was impressed by the Gold Coasters’ resilience.

Not only that, Feeney put himself into both Top 10 Shootouts and recorded a weekend best fourth place starting position.

“Like I said [on Saturday] night, the people pushing him around are the same ones [on Sunday],” said van Gisbergen.

“It’s going to happen for a while, but he’ll just learn to put himself in better spots and those guys will also respect him more.

“Pretty awesome first weekend; two shootouts and then he was fourth on the grid today. It’s pretty impressive. Pretty good.”

Although it’s early days in their relationship, van Gisbergen said communication between he and Feeney has been positive.

“He still asked a lot of questions to the team and to Jamie and to myself,” said van Gisbergen of Feeney.

“There’s information mainly going one-way at the moment, but I don’t think i’;ll be long before it comes back the other way.

“Even Marty, his engineer, first weekend on the main series, they did a good job together.

“He’s been my data guy and junior engineer coming up for the last few years until last year when he did the DVS stuff.

“He’s obviously a good driver too, so that helps having another driver with that mindset as an engineer.”