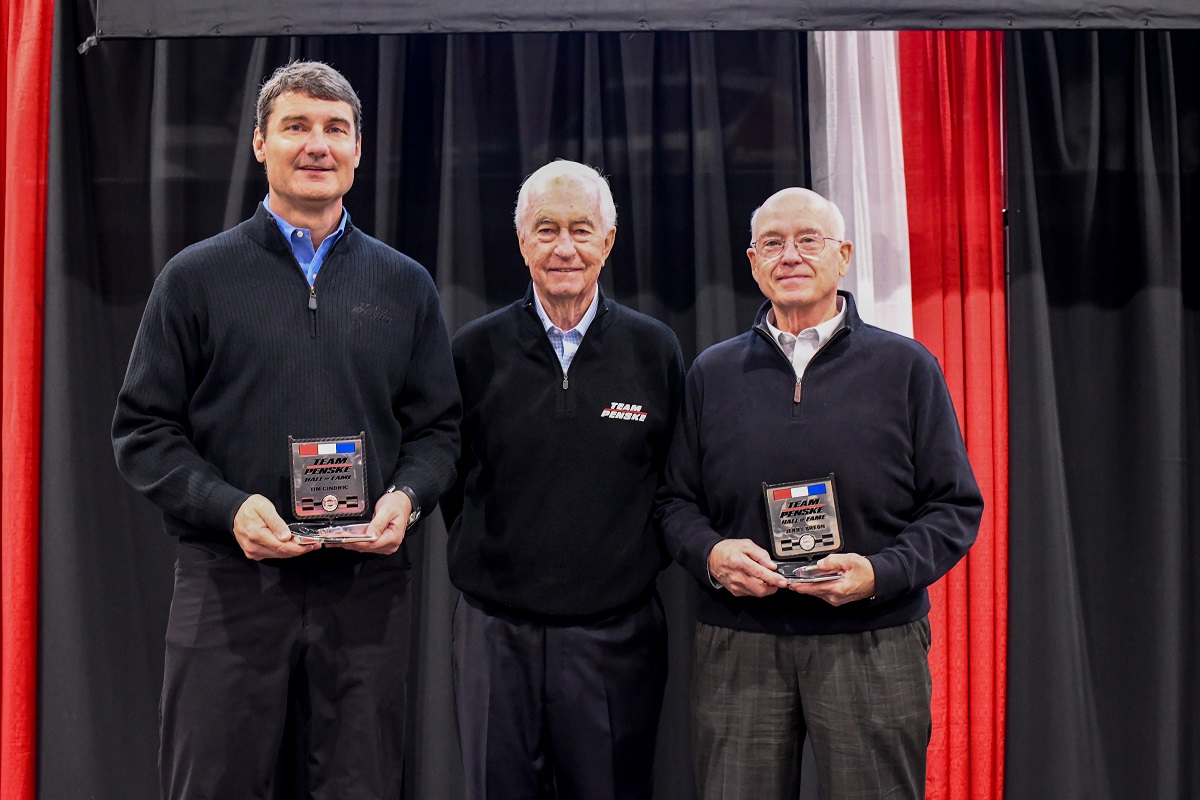 Team Penske president Tim Cindric and long-time facilities manager Jerry Breon have been inducted into the squad’s Hall of Fame.

Cindric joined Penske as president at the end of the 1999 IndyCar season and has led the organisation to a swag of success since then.

During his tenure, the transnational motorsport powerhouse has won 25 major championships, more than 300 races, eight Indianapolis 500s, and three Daytona 500s, including his own son Austin’s victory in the latter just last month.

Those figures also include Team Penske’s six-year run in Supercars, when Scott McLaughlin won three championships and the 2019 Bathurst 1000 with Frenchman Alexandre Premat.

Renowned as a strategist in IndyCar and IMSA, Cindric furthermore led the formation of the Porsche RS Spyder programme in the American Le Mans Series and the Acura programme in IMSA, as well as the big move which saw Team Penske’s IndyCar, NASCAR, and sportscar programmes brought under one roof in Mooresville over a period from 2005 to 2007.

He continues to lead the organisation’s motorsport operations today, as well as Penske Technology Group and Penske Restoration.

“I have followed Team Penske since I was a little kid,” said Cindric.

“I can remember the night that I got the call from Roger [Penske], asking if I’d like to come work for him. He told me he wanted a leader within the team, but more than that he wanted a partner.

“I never thought he would consider me for that, but here we are 23 years later.

“I am honoured to join this hall of fame because of all that came before me, true pioneers in racing that paved the way for all of us.”

Breon worked for Penske in a variety of roles over a 43-year tenure which began after he attended his first Indianapolis 500, in 1974.

He was initially a mechanic for the IROC programme but became head of the fabrication department within six months, a role he held until 1999.

Breon then became facilities manager and hence was integral in the aforementioned Mooresville project, but has also been an over-the-wall member of Penske crews, including as a tyre changer when the team won the first six Pit Stop Championships on Carb Day at the Indianapolis 500.

“This is quite an unexpected honour,” said the man who is one of Penske’s longest-serving employees.

“When I first started working at Team Penske, I thought it would just be a summer job. Little did I know I would stay here for 43 years.

“When I started there were 13 of us, including Roger. To see what Team Penske has become since then is amazing and I am very grateful for the opportunity to have worked at such a place as this.”

Cindric and Breon are the 10th and 11th inductees into the Hall of Fame, and received their awards at a ceremony at the Mooresville workshop this week.

Meanwhile, IndyCar series leader McLaughlin has reportedly set the pace in a test day at Texas Motor Speedway, during which team-mate Will Power crashed.

The New Zealander was quickest of five drivers at the Fort Worth circuit, with Ed Carpenter Racing also running two cars at a test which was rescheduled from earlier in the week.

Texas hosts the second event of the season next weekend (local time), with live and ad-free coverage on Stan Sport.