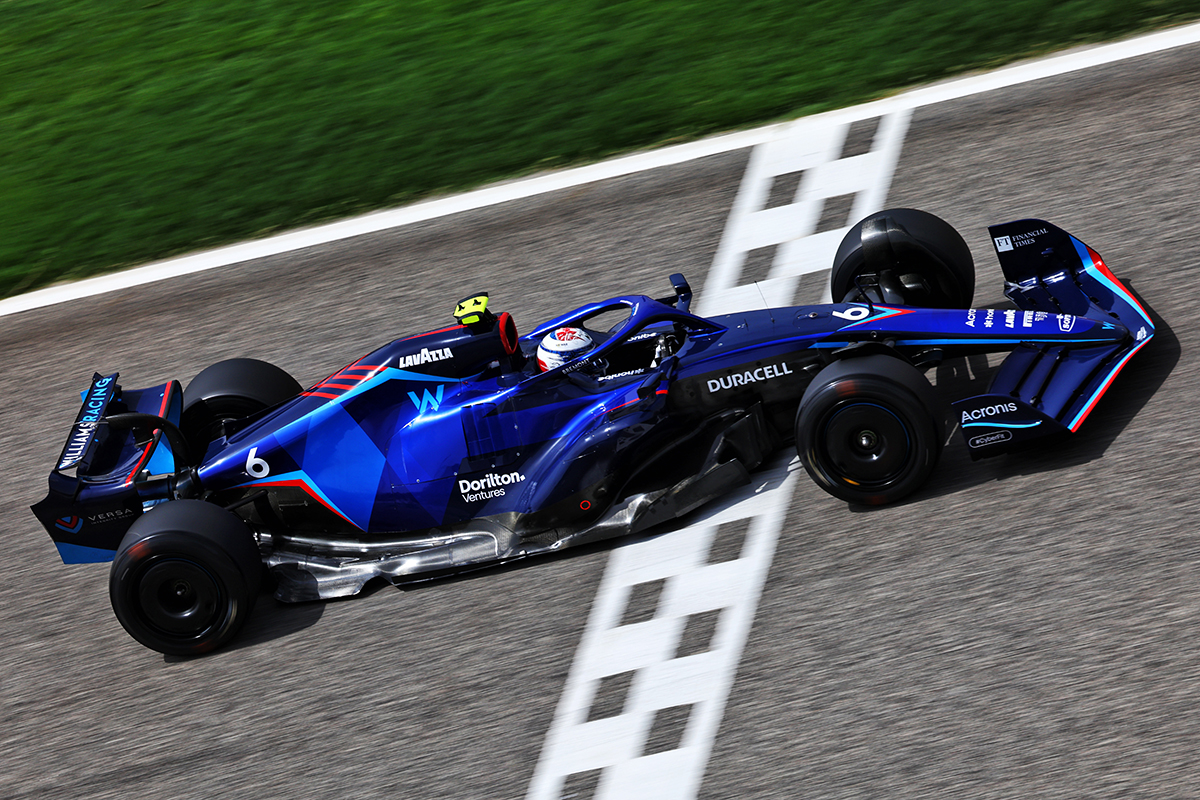 The Canadian stopped his car with flames from the rear, working with marshals to extinguish the blaze.

Though quickly dealt with and the car recovered to the pits, the damage was too great for the team to repair and return to the track.

“Repairs are underway on the FW44,” the team announced.

“We will not take part in the remainder of today’s running but look forward to hitting the track for the final day of testing here tomorrow.”

Speaking to the media during the lunchtime break, Alex Albon attempted to downplay the impact of the fire.

“Obviously fire’s never great, it gets everywhere,” he said.

“But should be okay, hopefully. I don’t know too much right now, but we’ll see later on, see the damage.”

That echoed comments from the team, which took to social media to declare the issue was not as bad as it looked.

“From initial investigations, it appears that the issue that caused the fire was quite minor, but became visibly quite dramatic,” it said.

“It is not as severe as the video footage might suggest, but there is fire damage to the rear of the car that the team need to repair.

“We’ll revise our running plan once we have assessed the repair work that needs to be carried out.”

Latifi managed just 12 laps before having to stop on Friday morning, recording the slowest time of the 10 runners.

However, a solid test in Spain, and more than 100 laps for Albon on the opening day in Bahrain, go some way to offsetting the interruption.

A single day of F1 testing remains before the season-proper opens at the Bahrain International Circuit next weekend.