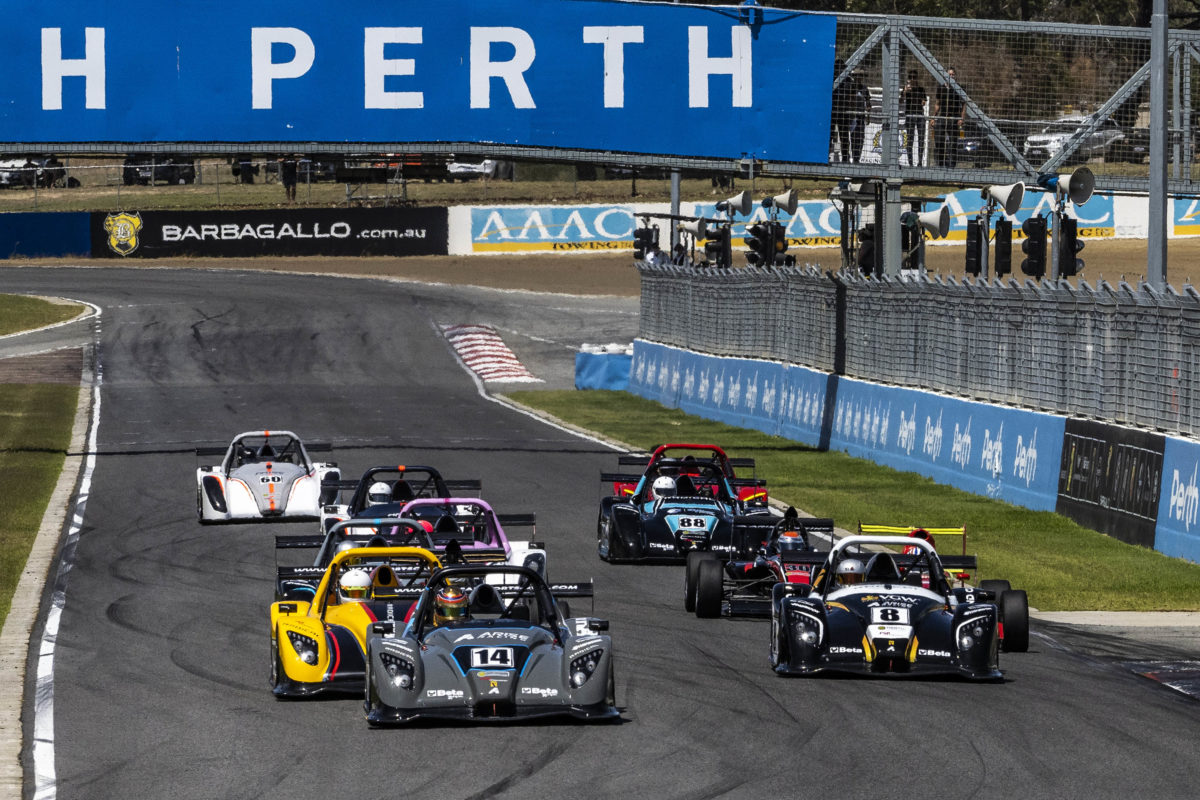 Radical Cup Australia has been announced as a support category for next month’s Bunnings Trade Perth SuperNight.

A healthy field is expected given Wanneroo is the home of Arise Racing, the local distributor which also runs cars in the WA State Championship.

Arise is anticipating at least 12 local entries when the Repco Supercars Championship comes to town.

“We’re delighted that the Radical Cup Australia (RCA) will be part of the 2022 Bunnings Perth SuperNight Event this April/May,” said RAW’s Jordan Oon.

“Securing this support category position will go a long way into building this foundation and will be the first time a one-make sportscar category has ever raced in WA.

“Feedback from local Arise Racing drivers and crew has been universally positive, and I think all are keen to take it to the eastern staters with a bit of friendly competition.

“We expect to run a minimum of 12 cars from Arise Racing and are anticipating total grid sizes of 20 and above, which will make for a great spectacle around Wanneroo Raceway.”

Category manager Charise Bristow remarked, “It’s a big thing for the category to add a Supercars round in our first year, especially one with significance to the Radical brand like racing in Perth.

“Radical Australia West and Arise Racing are key components of Radical Cup Australia this year so heading over there was a key component of putting on a truly national series that was accessible for Radical competitors wherever they may be.

“We’re excited to head west in late April and showcase the series in front of the Perth Supercars fans.”

Tickets for the Perth Supercars event went on sale this week, affirming that it would go ahead after two years off the calendar and a border closure which only lifted earlier this month.

Before that meeting, the Radical season gets underway at the Phillip Island round of the Shannons Motorsport Australia Championships on March 18-20.

A 19-car entry list for that weekend has been released (See below).