‘No war’ helmet for Vettel in Bahrain F1 test

‘No war’ helmet for Vettel in Bahrain F1 test 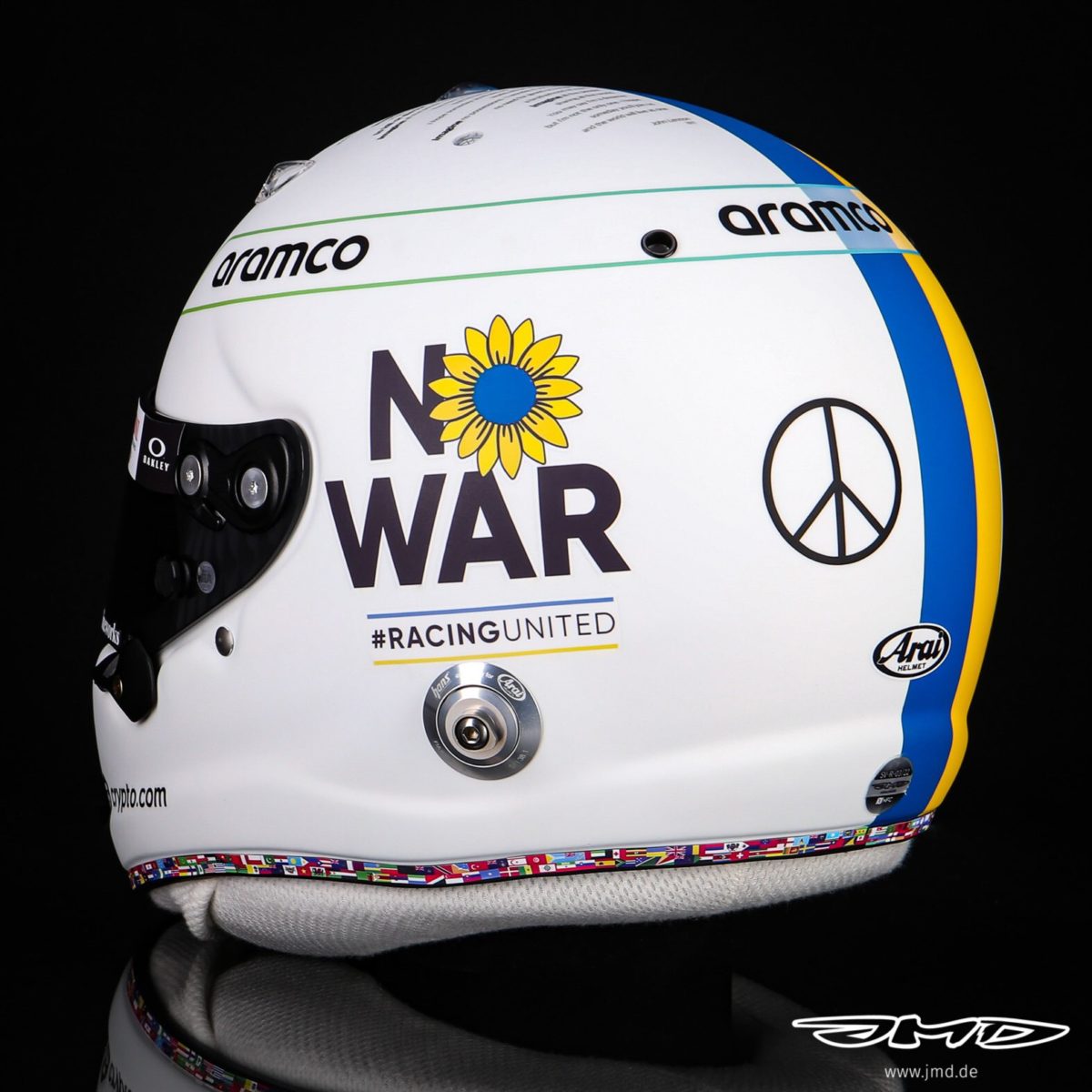 Sebastian Vettel is running with a ‘No war’ message on his helmet at Formula 1’s Bahrain pre-season test.

The Aston Martin driver has taken on a predominantly white design with yellow and light blue stripes, matching the colours of the Ukraine flag, and other anti-war insignia.

Among the design elements are a dove, a symbol of peace; lyrics from John Lennon’s ‘Imagine’ song; and what appears to be the flags of at least the vast majority of countries of the world.

Vettel’s gesture is, of course, a response to the Russian invasion of Ukraine which began just over a fortnight ago.

The Grand Prix Drivers’ Association, of which Vettel is a director, also held a ‘No war’ photoshoot on the Bahrain International Circuit’s main straight on the eve of the test.

Lewis Hamilton was unable to attend due to a flight delay, but added his support on social media.

“My heart is with the courageous people of Ukraine who are standing firmly with their values of freedom and peace,” the Mercedes driver wrote on Instagram.

“I’m certain I’m not alone in feeling like our day to day feels heavier, and sometimes trivial, knowing this crisis is happening in the world.”

Formula 1 cancelled the Russian Grand Prix contract following the breakout of the conflict in Ukraine, while the Haas team has split with Russian driver Nikita Mazepin and sponsor Uralkali, which is owned by his father.

The pair have since been hit with European Union sanctions for their links to the regime of President Vladmir Putin. 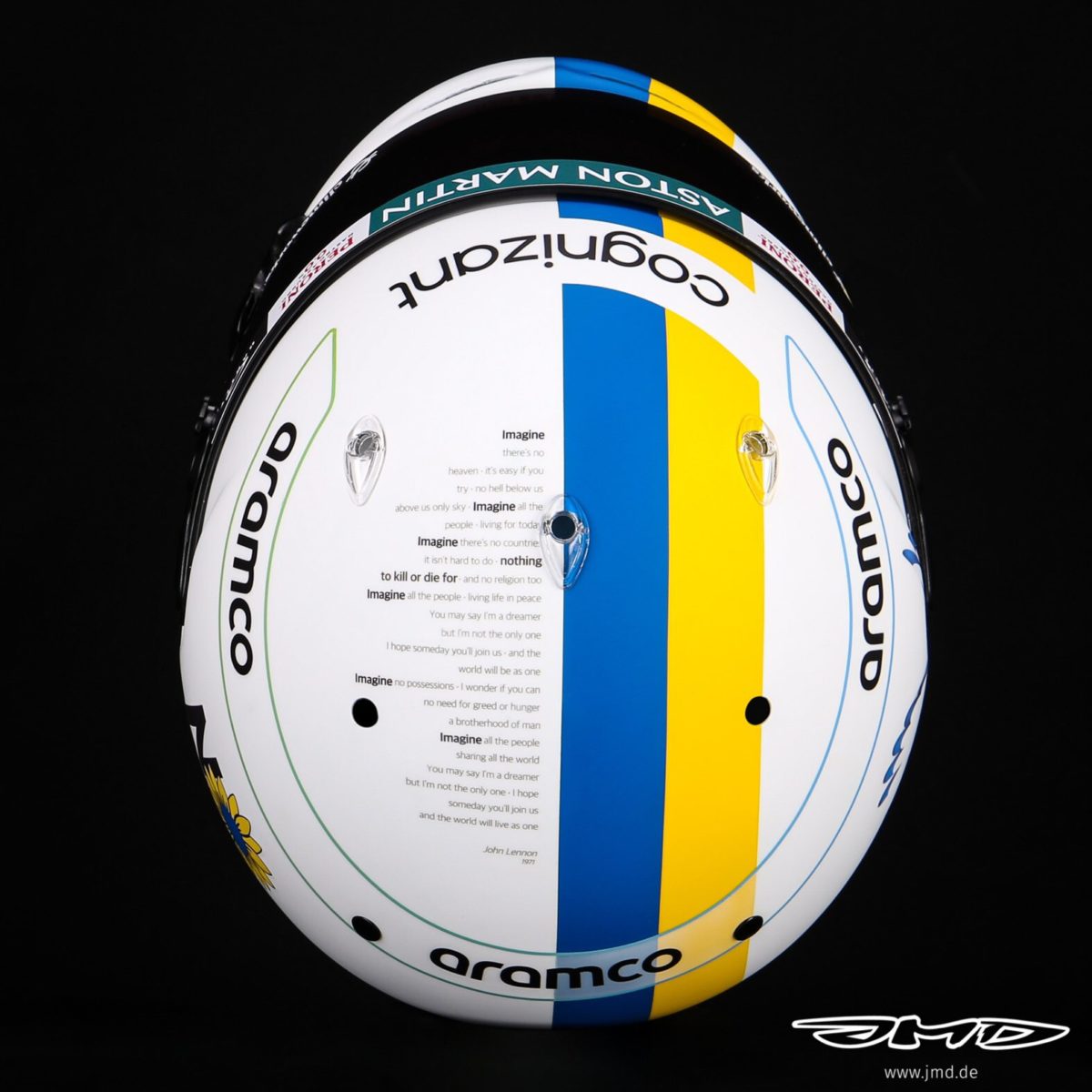