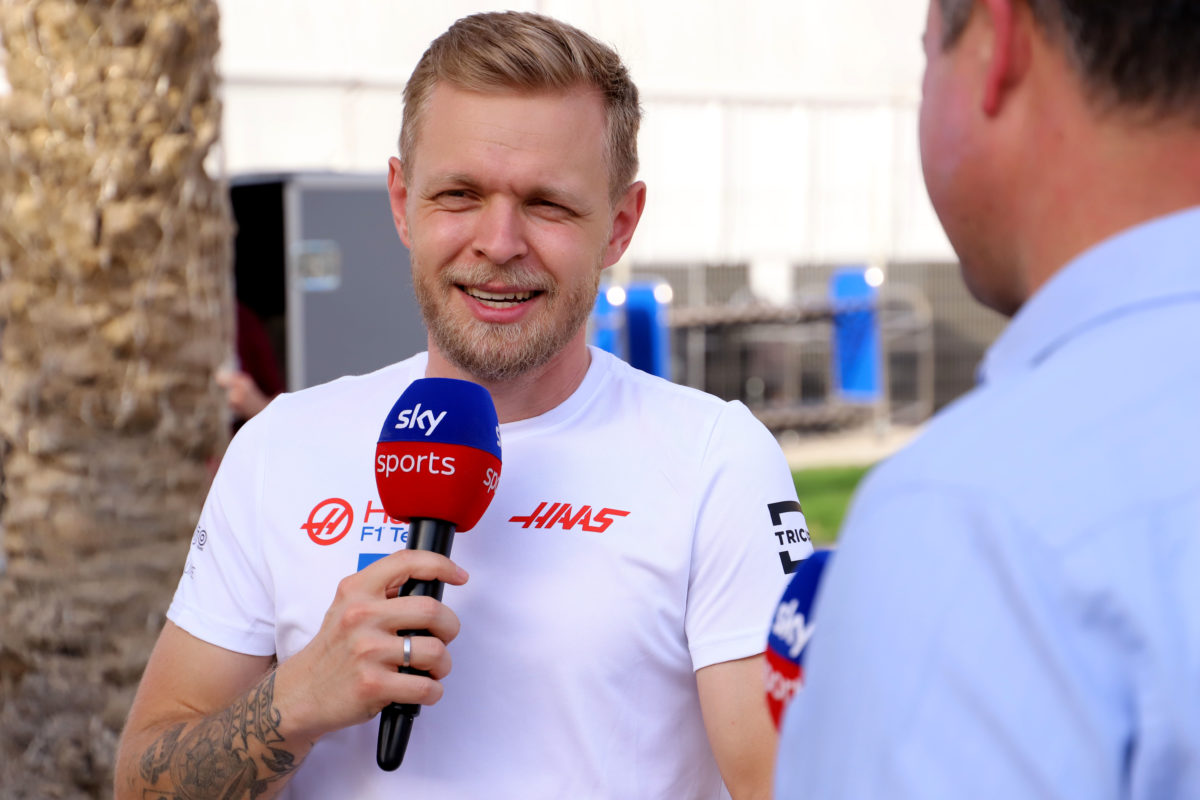 Kevin Magnussen jumped at the offer to return to the Formula 1 grid in place of Nikita Mazepin at Haas this season.

Magnussen was announced on a ‘multi-year’ deal with the American-registered squad on Wednesday night.

It sees him return to the squad with whom he raced from 2017 to 2020 and comes off the back of a season spent racing sportscars in the United States.

“When Guenther [Steiner, Haas team principal] called me, I was in a good place. 2021 was really enjoyable for me. I had a daughter and I moved back to Denmark for the first time in many years,” Magnussen said.

“I did a season in IMSA, which I enjoyed a lot too, and had fun. We did an IndyCar race, did Le Mans with my dad, I was just really enjoying myself a lot.

“I wasn’t really thinking about Formula 1 a lot. I kind of really, truly accepted that Formula 1 was a closed chapter.

“But then, of course, I saw that Mazepin was out of Haas,” he added.

“I didn’t think I had a chance to go there because I don’t bring a lot other than just my driving skills.

“So I thought that was not going to be a possibility, and then Guenther called me and that was a big surprise.”

Magnussen admits he made the decision to accept the deal on the spot and spent the days which followed working his way out of contracts he’d signed to race elsewhere.

That included Chip Ganassi Racing, and a potential return to Le Mans alongside his father.

“He [Steiner] called me, I said yes immediately, and then afterwards, I then thought about it,” Magnussen admitted.

“Then, these obstacles became quite clear that I’ve got contracts with other teams.

“I hadn’t really been thinking about Formula 1, it’s not like I was missing F1.

“I was watching Formula 1 races and feeling good about it, so I thought that was a closed chapter. I was happy where I was.

“But then, I just feel so excited about the possibility to actually just go back again and make another comeback – this is my second comeback – and it’s fantastic.

“Anyone that gets the chance to race in Formula 1 is extremely lucky. And if you get the opportunity, I think you should always grab it and seize the moment.”

The 29-year-old completed a seat fitting on Thursday morning ahead of his on-track experience with the 2022 Haas on Friday in the second day of pre-season testing in Bahrain.

Track action in Bahrain gets underway at 18:00 AEDT.