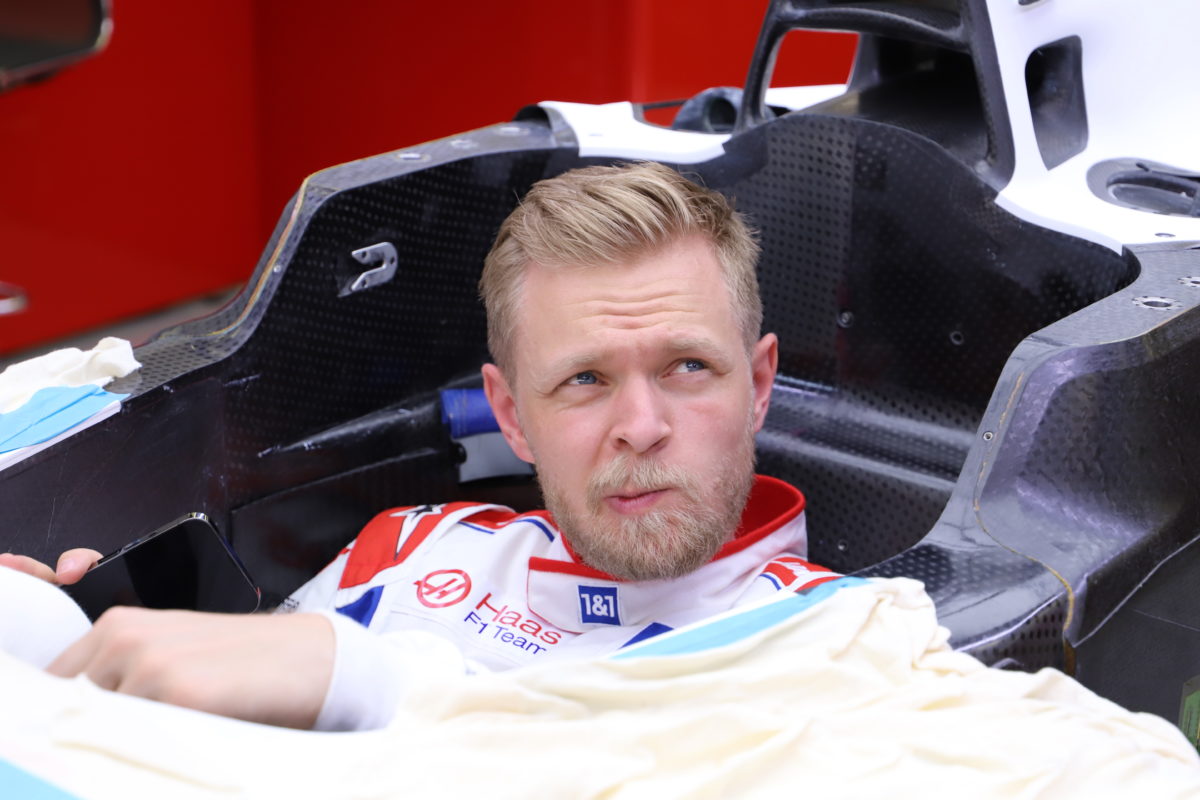 Kevin Magnussen was the only driver on Guenther Steiner’s radar to replace Nikita Mazepin at the Haas Formula 1 team.

The Dane will make his return in testing tomorrow after a year racing sportscars, his F1 career having seemingly ended.

However, he was thrown a lifeline by Haas team principal Steiner after the squad parted company with Mazepin earlier this week.

A host of drivers were linked to the seat including Pietro Fittipaldi, Haas’ reserve driver, Nico Hulkenberg, and even Oscar Piastri.

The latter was always a long shot, with the changes of a move hastily shot down by his management when approached by Speedcafe.com.

Speaking to the media in Bahrain, Steiner confessed there were no considerations for anyone but Magnussen.

“I didn’t speak with anybody else, with any other driver, I was just confident that it will happen,” Steiner said of Magnussen’s signing.

The negotiation process was short, with the Dane accepting the offer immediately over the phone before he and the team worked to resolve other contractual issues – namely a release from the likes of Chip Ganassi Racing.

“Obviously then there was a few difficulties, but when you do any deal at this level, you know they will be difficult, especially if we are involved, everything is more difficult.”

Magnussen returns to the squad having raced for it from 2017 until the end of 2020.

He was then replaced along with counterpart Romain Grosjean by Mick Schumacher and Mazepin.

Steiner, however, doesn’t consider the 29-year-old’s return as a sign of a misstep.

“I wouldn’t say it was the wrong decision, it was the right decision at the time,” he opined.

“We knew ’21 will be a difficult year with a car which wasn’t… it was an attempt to do something.

“Knowing that the car will not be good in ’21, we all knew that from ’20 onwards when we started to develop, and we said we can do that and we try to do it another way.

“Then, with what happened, we said, ‘okay, I think we are ready again to go the other way. We want to go up again’.

“We took that decision to go with somebody experienced at that time a week ago.

“Obviously, some of it is, you look back and see, and you always look what worked and the position you’re in now,” he added.

“The position we found ourselves in it was like, how can we bring the team forward the quickest way with the least amount of risk, and that was Kevin.”

Magnussen completed a seat fitting on Thursday in Bahrain and will take to the track on Friday as part of the second day of Formula 1’s pre-season running in Bahrain.