Gasly shoots AlphaTauri to the top in Bahrain

Gasly shoots AlphaTauri to the top in Bahrain 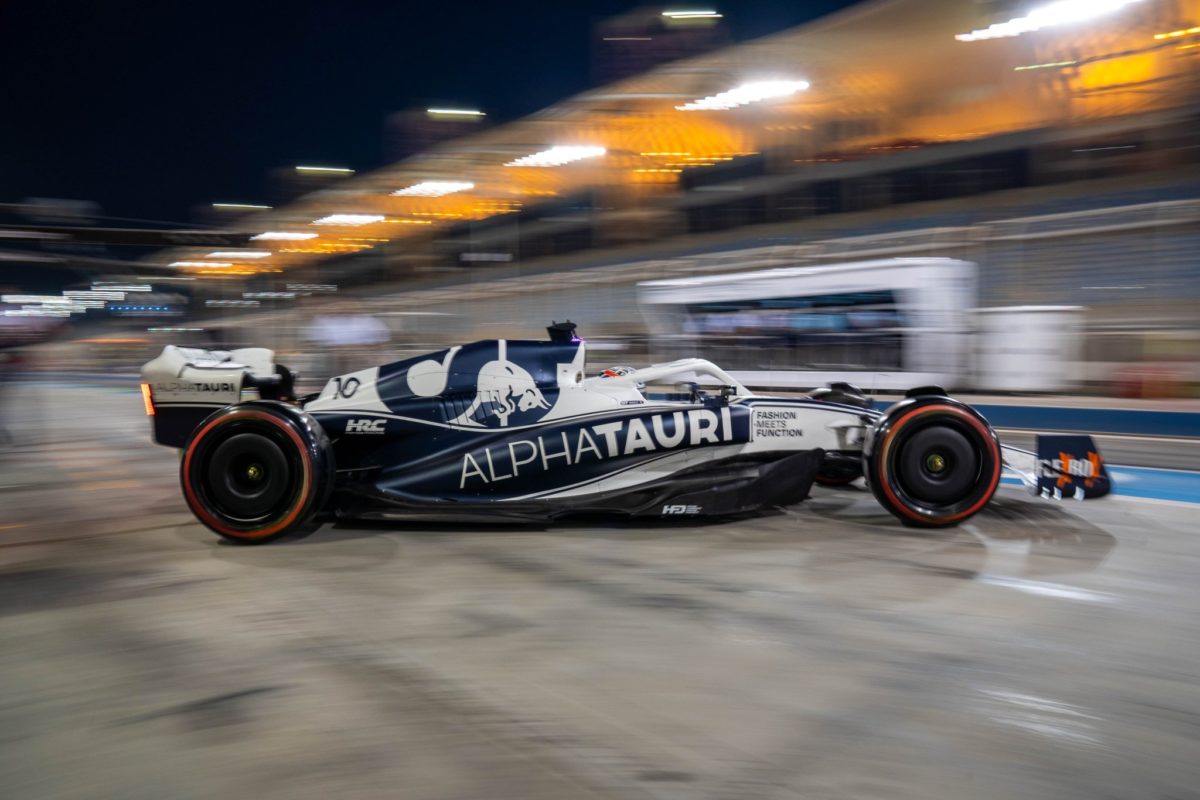 The Frenchman was the only one of the 15 drivers on track on Thursday to drop into the 1:33 bracket, ending the day with a best effort of 1:33.902s.

Set on the softer C4 tyres, it was a time some 0.4s quicker than Ferrari’s Carlos Sainz, while third best for the day was Charles Leclerc’s lap from the morning.

As far as the afternoon runners went, Lance Stroll was third best, while Alex Albon remained was fourth best, though unable to better the 1:35.070s time he’d set in the morning.

The Williams driver was one of a trio to accumulate more than 100 laps – Gasly logging 103 and Sergio Perez a mammoth 138 for Red Bull.

That equates to almost 750km of running for the Mexican, over two grand prix distances, and almost triple the mileage of McLaren which suffered brake issues on the MCL36.

It was Perez who ended the evening session, the Red Bull drive losing control exiting Turn 8 before rolling back and dropping the Red Bull’s rear wheels into the gravel.

With only five minutes to run, the session was declared rather than resumed.

It was otherwise a solid day for Red Bull, recording the most laps of the 10 teams in action.

Mercedes was next best, followed by Alfa Romeo Sauber, which enjoyed a far more consistent day’s running than it did in Spain last month.

Ferrari also logged solid mileage with Sainz recording 52 laps in the evening to complement the 64 set by Leclerc earlier in the day.

Six of the 10 teams recorded more than 100 laps, while Haas managed 47 despite running only the afternoon session after cargo delays prohibited the team getting on track in the morning.

Porpoising remained an issue, with AlphaTauri visibly suffering from it as too was Mercedes.

Bumps down the front straight of the Bahrain International Circuit appeared to trigger the phenomena which only subsided under braking for Turn 1.

However, it was evident elsewhere too as team continue to struggle to resolve the issue without raising the ride height of their cars.

Two days of running now remain, with teams back on track from 10:00 local time on Friday for the second day of running.

Day 2 will again end at 19:00 for most, though Haas has been afforded two additional hours of running on the remaining two days to make up for the force majeure delays which saw it miss Thursday morning.