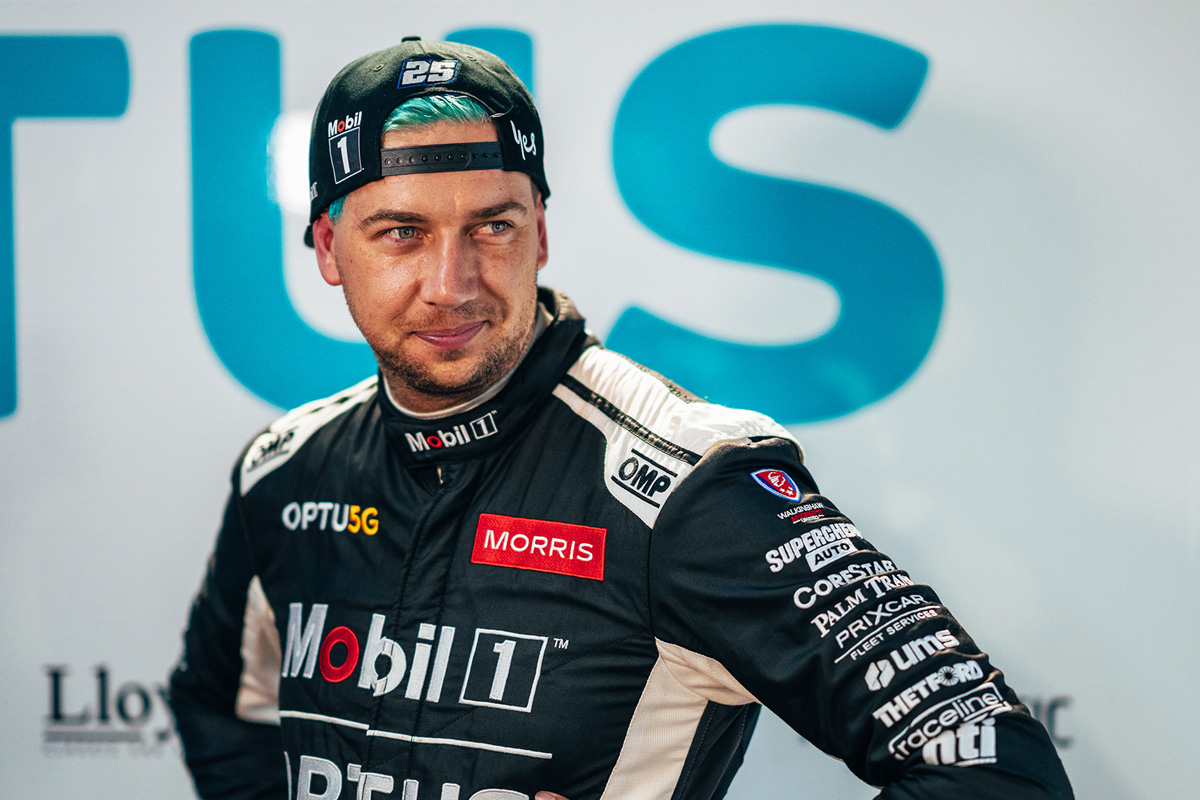 Mostert (third and first) was one of two drivers to stand on the podium on both race days at the Sydney SuperNight, along with Anton De Pasquale (second and third).

The #25 Mobil 1 Optus Racing driver consequently holds a 12-point lead over his Shell V-Power Racing Team counterpart, with 2016 and 2021 champion Shane van Gisbergen 27 points off the pace in third.

After a supreme drive to win the opening race of the season by almost 20 seconds, van Gisbergen endured a Sunday shocker by his lofty standards.

The Kiwi qualified 21st, and went down a lap early in the race after a Lap 7 off, after which he immediately for wet tyres – an ultimately incorrect call he later described as “panicked”.

Even after those setbacks, plus a bungled pit stop, van Gisbergen still managed to recover to sixth.

That effort left Mostert sure that the #97 is the driver to beat.

“I think the same guy that won it last year is still the guy to beat this year,” he said.

“We had two clean races this weekend. He was a lap down, Shane, and he somehow gets back to sixth… he just doesn’t have a bad day, even when it looks like he is having a bad day.”

That has arrived in the form of new Walkinshaw Andretti United team-mate Nick Percat, who showed promising speed across the Sydney Motorsport Park weekend but succumbed to some uncharacteristic qualifying mistakes.

“Obviously pretty bad luck for Nick out there, he showed some amazing pace this weekend,” noted Mostert.

“I’ve thoroughly enjoyed working with him as a team-mate, he has really pushed me hard to lift.

“There was a lot of data of his I was going through this weekend to better myself, so as a team it’s going really well.

“We didn’t get the overall best team result but obviously to get a podium [on Saturday] and a win [on Sunday] is bloody awesome.”

Mostert now leads the Supercars Championship for the first time in his career.

WAU is third in the teams’ championship, behind Dick Johnson Racing and Erebus Motorsport.