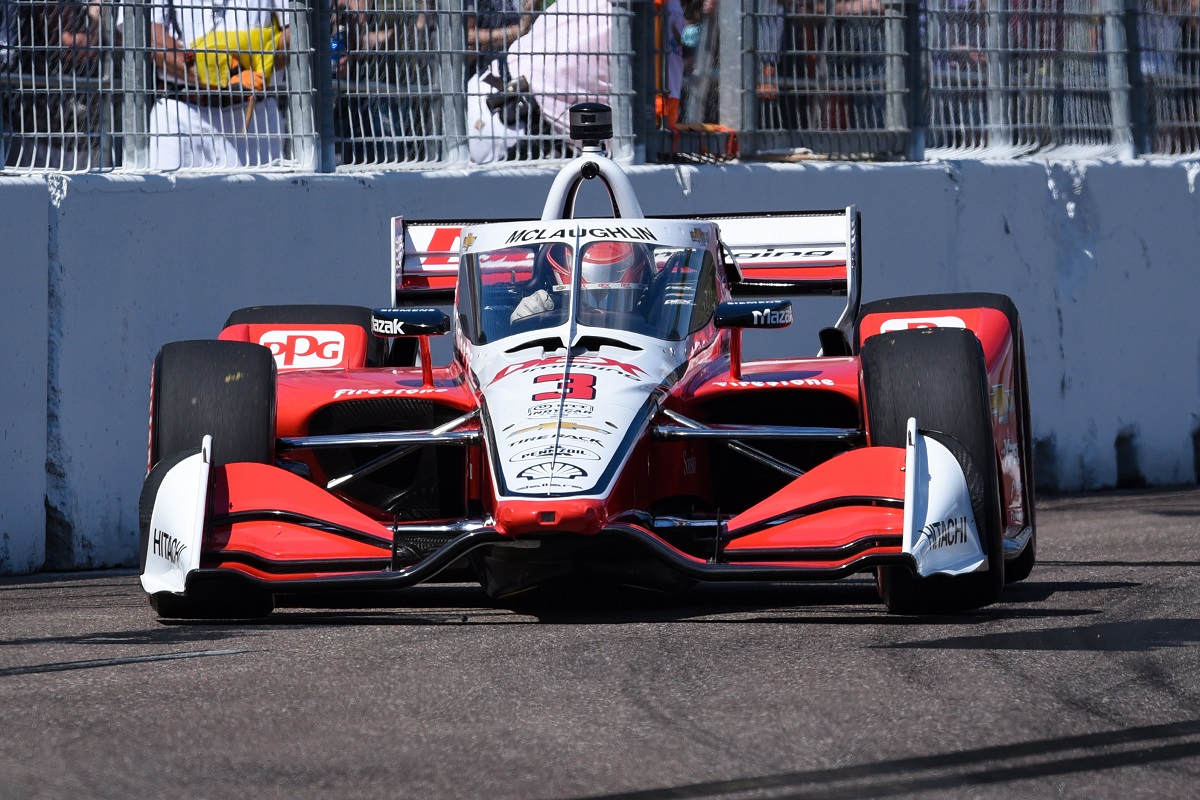 New IndyCar race winner Scott McLaughlin admits that a tough rookie season like his “mucks with your head”.

The three-time Supercars champion leads the IndyCar Series after victory in the Grand Prix of St Petersburg, the first round of his second full season in the category.

McLaughlin had crashed out of his debut race at the end of 2020 and, while he picked up a podium last year, was classified outside the top 10 much more often than not.

It was a stark contrast to his four seasons in Supercars immediately prior to the move to North America, when he finished a close second in the title race then won his three championships, (unofficially) clinching the latter two of those with an event to spare.

Following his triumph in St Petersburg, where he had also secured a first pole position in IndyCar, the New Zealander opened up on how hard the adjustment was.

“I came over three times, I’d won back-to-back championships, and I know I’m [was] a rookie, and I wasn’t kidding myself,” he said.

“But same time, it’s hard to go from the mindset of winning every week and that’s all that matters – nothing less – to going, ‘Hey, I’d love to get a top 15.’

“I don’t work like that. I’m a competitive bloke, you know? I want to win, I want to get poles, I want to dominate races and not even worry about things.

“I did that for four years and then coming here was basically… it just it mucks with your head, you know?

“You’ve got to be realistic about things and I put a lot of pressure on myself and I’m like, ‘Why isn’t this happening? Why am I sucking in qualifying when I’m good? I’ve done that before, you know, I’ve proved that.’

McLaughlin said the fact his underwhelming results were being achieved with the Team Penske powerhouse also weighed on him, but identified Roger Penske himself and wife Karly as two who helped him through the year.

“Karly’s been my absolute rock with that,” he continued.

“With the belief in me… I would be nothing without her.

“I’m speaking pretty candid, but it’s how it is.

“As a professional sportsman, you go through highs and lows.

“I drive for the biggest motorsport team in the world; for me, it wasn’t good.

“But I feel like [in St Petersburg] we proved that [with] hard work, perseverance, you can get there, and I felt very, very proud of that.”

McLaughlin said his performance in St Petersburg showed what he had learnt in IndyCar.

While he effectively led all 100 laps of the race, he had to contend with divergent strategies, a Caution period, pressure from the likes of 2021 champion Alex Palou, and late traffic which had the effect of wiping out most of his margin over the field.

“I led the start, first time going into [Turn] 1 leading the start, had to fight off [Colton] Herta – he was on my outside there – and then, geez it was close with me and Palou coming out of the pits.

“I had all sorts of things going on; Caution period, pit stop, then it was close with me and Will [Power, team-mate] there, and then the battle with Palou, saving fuel in the middle of the pack.

“I felt like we had everything, and then Alex at the end pushing me really hard, and the guy in front of me, backing me up. He didn’t really have the pace, but it’s hard with the dirty air to make moves, and I just wanted to be safe.

“I had everything in that race and definitely showed what I learnt last year.”

McLaughlin and the rest of Team Penske, plus Ed Carpenter Racing, are set to try and test at Texas Motor Speedway tomorrow (AEDT; Thursday local time) after a planned outing earlier in the week was cancelled due to cold weather.

The Fort Worth circuit hosts the second event of the season on March 19-20 (local time), with that race to be streamed live, ad-free, and on demand on Stan Sport.