Livery tweak for McLaren in Bahrain

Livery tweak for McLaren in Bahrain 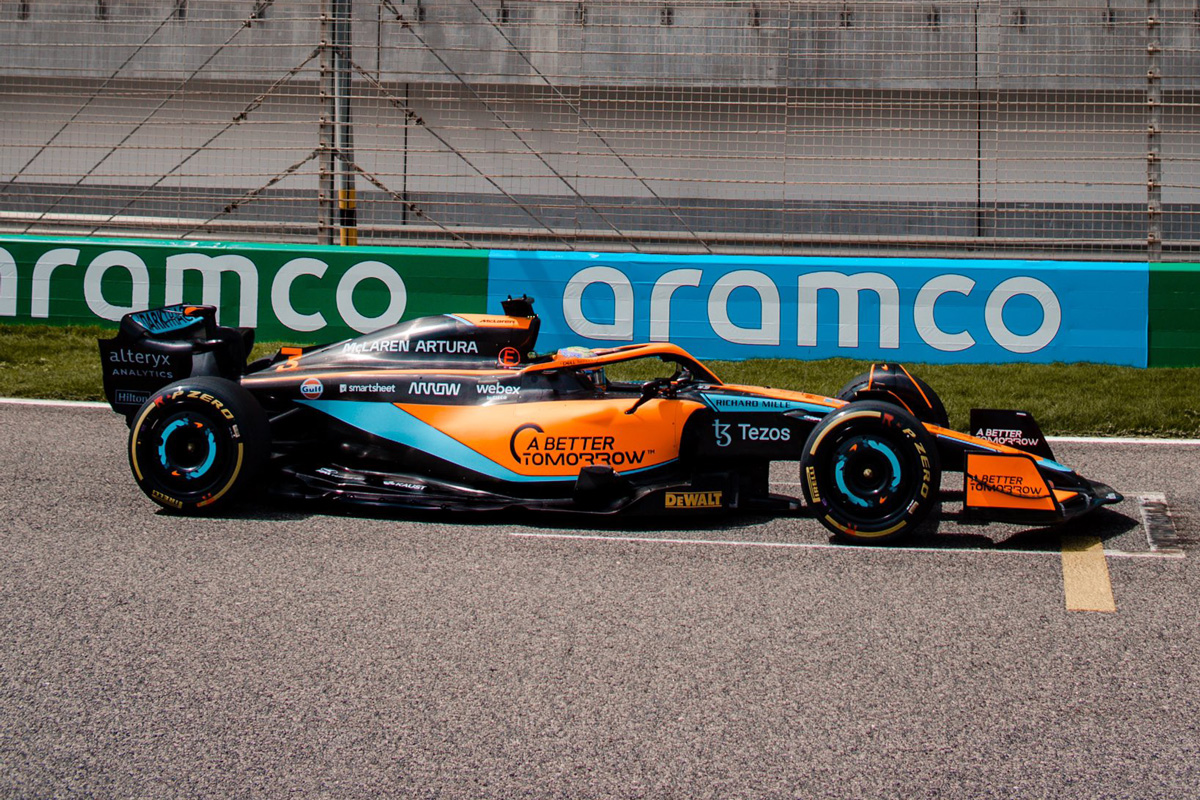 McLaren has shown off a revised livery ahead of the second and final Formula 1 pre-season test commencing in Bahrain.

Featuring more black to complement its now trademark orange and blue, the new-look MCL36 broke cover overnight as the team completed a filming day at Sakhir.

A McLaren spokesperson told Speedcafe.com it mightn’t be the last tweak fans see this year.

“The livery of the MCL36 has evolved since the launch and Barcelona test, and is likely to continue to evolve as the season progresses,” the spokesperson confirmed.

“This is an area we keep under constant review.”

McLaren CEO Zak Brown has spoken of the impact one-off liveries can make, the team most notably having run a tribute livery at last year’s Monaco Grand Prix.

Pre-season testing in Bahrain starts tonight (AEDT), with Formula 1 squads getting a final block of three days to prepare for the season-opener – at the same location – on March 18-20.