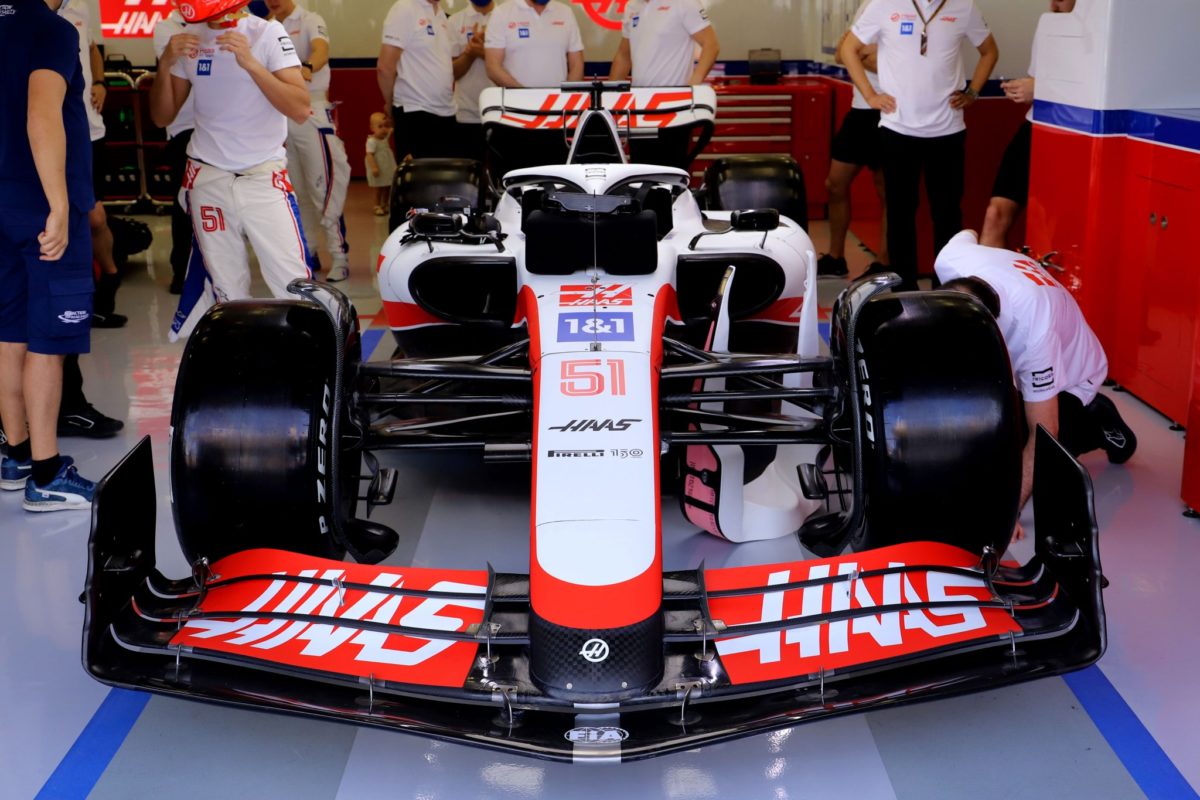 The Haas Formula 1 team has revealed images of the revised livery it will carry throughout the 2022 season.

Taking to social media as the opening day of pre-season testing in Bahrain commenced, the team cheekily branded the design its actual livery.

Haas split with title sponsor Uralkali following the opening pre-season test in Barcelona, having removed the Russian company’s branding from its car for the final day.

In Bahrain, it has produced a revised livery that is largely similar to what was run previously, though without the blue highlights.

Uralkali issued a statement this week announcing its intention to reclaim monies paid to Haas ahead of the 2022 campaign.

In other changes for the team, Kevin Magnussen has been confirmed as replacement for Nikita Mazepin.

Magnussen underwent a seat fitting in the car this morning ahead of his planned first outing on Friday.

Haas’ test programme was hit by cargo delays departing for Bahrain, meaning the US-registered team is not expected to emerge on track until Thursday afternoon’s session.