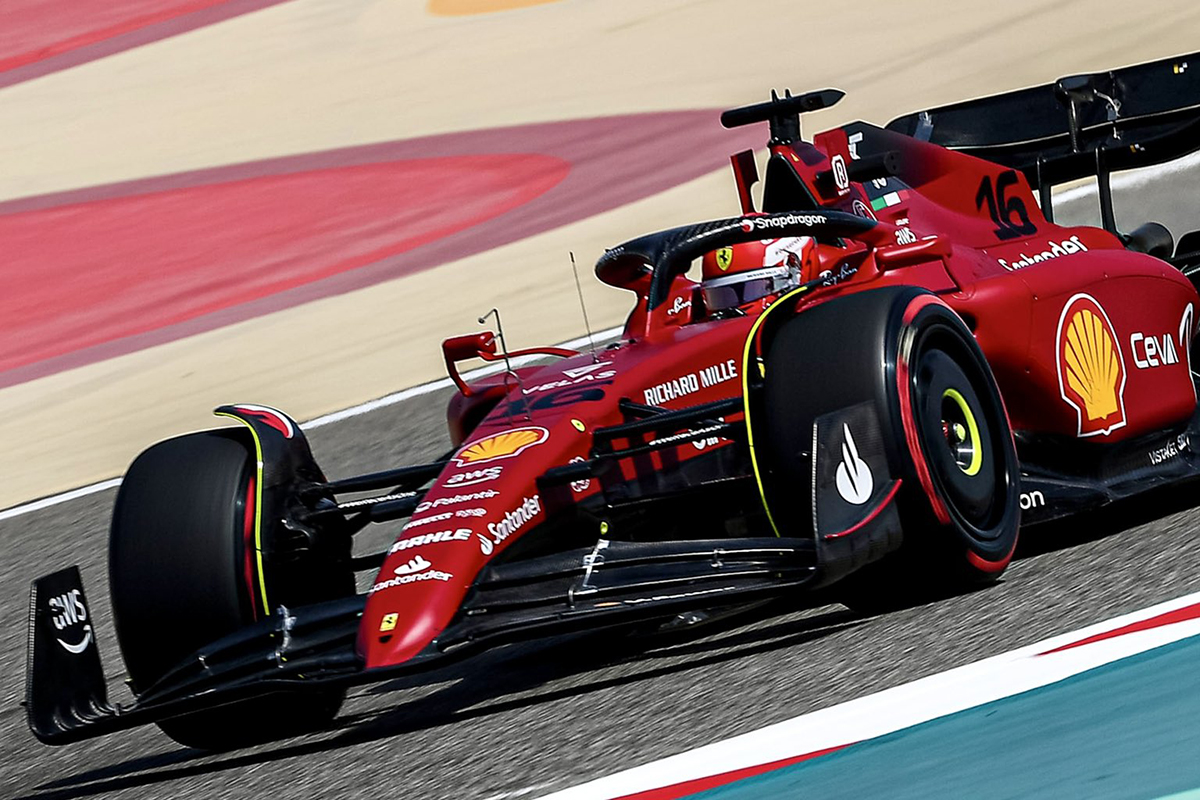 Charles Leclerc has left Ferrari on top of Formula 1 pre-season testing yet again as the circus reconvenes in Bahrain.

The Ferrari driver topped the opening morning of the three-day test in what is the final hit out before the season proper starts next week.

His ultimate pace of 1:34.531s left him just over half a second clear of Alex Albon, who put in a late lap to go second best for Williams.

Leclerc had been well over two seconds clear of the rest of the field for the majority of the four-hour session.

He also logged 63 laps for Ferrari in the morning session, one of three drivers to record more than 60.

Sergio Perez was the busiest of the bunch as he chalked up 68 laps en route to the fourth fastest time of the morning with a 1:35.977s.

The last driver north of 60 laps was Lewis Hamilton who was fifth best for Mercedes, sporting the radical new sidepods.

McLaren was set to sport Daniel Ricciardo, though illness forced him out for the day with Lando Norris stepping in for the session.

The Brit was eighth best of the nine runners, issues with the front end of the car limiting his running to just 21 laps.

Braking proved a key issue for the morning, with a number of drivers locking up and sailing long in the hot Bahrain conditions.

It was otherwise an uneventful session which saw the deployment of the Virtual Safety Car as part of a race control systems test inside the final 10 minutes of the morning.

Testing continues this afternoon, with Haas expected out on track after shipping delays cruelled its chances of taking to the track in the morning session.