No regrets for MSR over wet weather gamble

No regrets for MSR over wet weather gamble 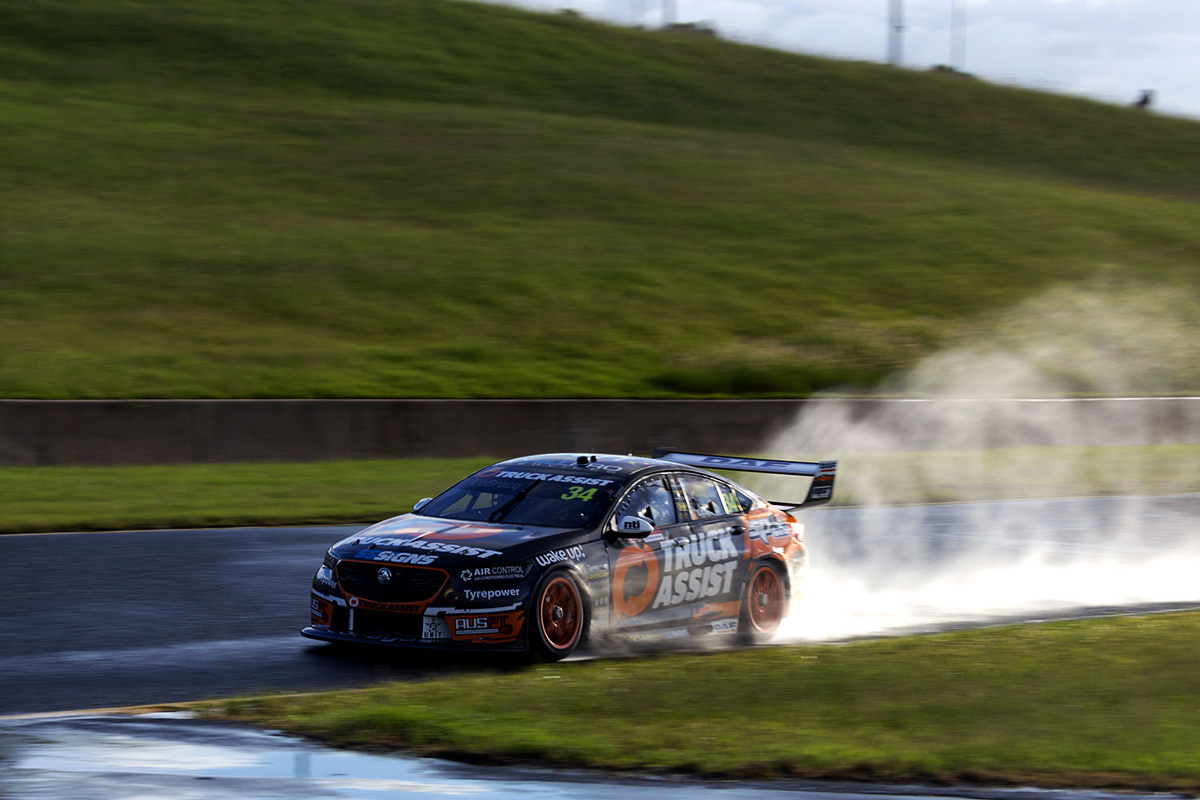 Matt Stone Racing has no regrets about its brave roll of the dice backfiring in Race 2 of the Repco Supercars Championship.

As conditions worsened in the latter stages of the Sunday race at Sydney Motorsport Park, the entire field bar Le Brocq had ditched their slicks for wet tyres by Lap 66.

A race winner at SMP in 2020 and with another victory in sight, Le Brocq carried on at the front in the hope that the rain would ease, on a weekend where conditions had frequently been on/off.

This time, the downpour would intensify, leaving an all-in Le Brocq to skate around in his #34 Truck Assist Racing ZB Commodore.

He lost the lead to eventual race winner Chaz Mostert on Lap 70, and slid off the track the next time around at Turn 3. Le Brocq wound up 22nd all told, three laps down.

“It was obviously a bit of a roll of the dice but we saw an opportunity to go for glory, I guess you’d say,” team owner Matt Stone told Speedcafe.com.

“We knew it could backfire – and it did. But we had a crack.

“In hindsight, we were sitting in a pretty good position inside the 10 so we probably could have just banked the points and played it safe, but we looked at the numbers and thought if the rain eased off, and we thought it might, we’d maybe lose one or two spots but still be further ahead than we were.

“In hindsight, it was probably a bigger risk than reward… it didn’t quite pan out, but no regrets. You have got to have a go.”

Le Brocq himself very much echoed those feelings.

“We rolled the dice and at that stage, we were that far committed we thought we would try to make it work and unfortunately the rain increased a little bit,” said Le Brocq, who had engaged in a robust battle with Broc Feeney earlier in the race.

“It could have gone either way, but we had a crack.

“It’s a shame, because we were having a pretty good run but anyway, we tried.”

All up, it was a promising first weekend together for Le Brocq, team-mate Todd Hazelwood, and MSR – at a track that the team has traditionally struggled.

Both cars took top 15 finishes in Race 1, Hazelwood made the Sunday shootout, and Le Brocq was entrenched inside the top 10 in Race 2 prior to the late rain.

“I think it’s been a really good first weekend for us,” added Le Brocq.

“Myself and Todd, we have been driving different cars for a couple of years so we have got a massive learning curve to do there but we’re making those steps.

“The team did a great job, I think we showed we had some pretty good speed this weekend which is always exciting, and it is a place that MSR struggled at in the past so to be able to be punching up a little bit further has been pretty cool.

“We know we’re only going to keep building on that and get better, so looking forward to Tassie and seeing how we go.”