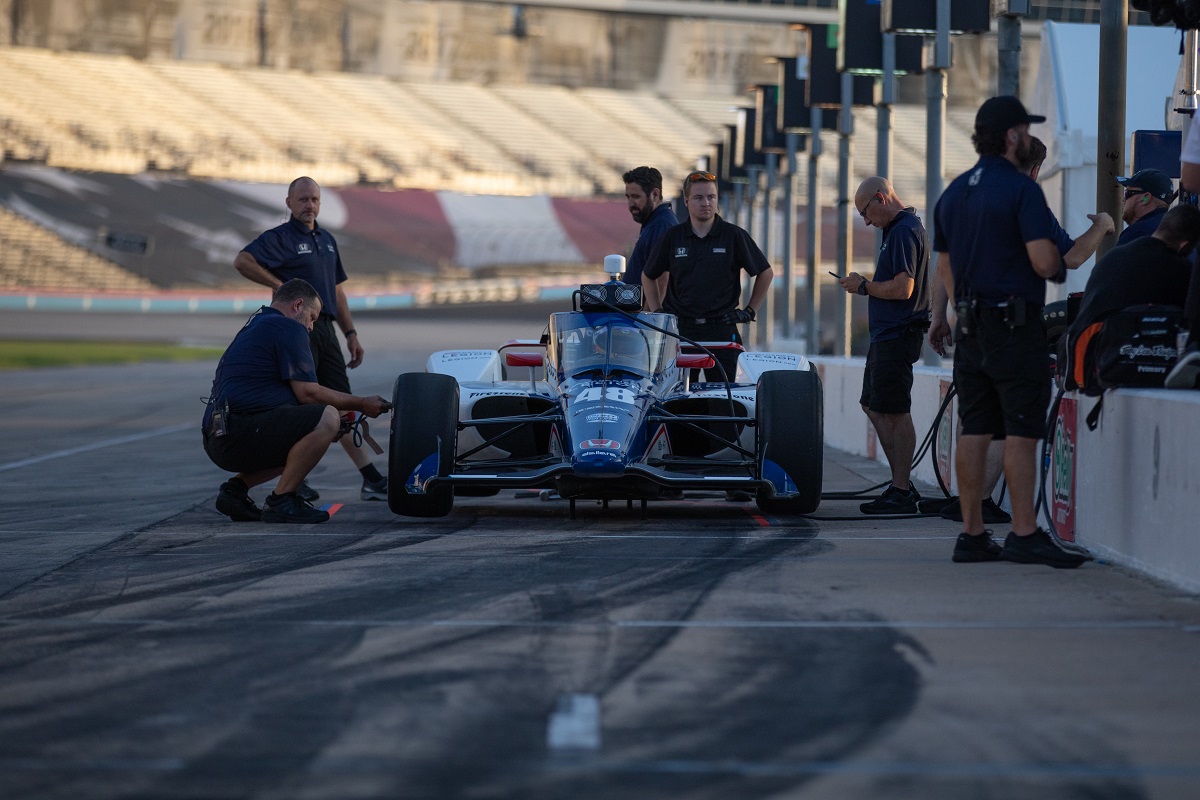 Jimmie Johnson is confident his NASCAR experience will hold him in good stead when he races on an oval for the first time in IndyCar, at Texas Motor Speedway.

Johnson debuted in the IndyCar Series last year, but contested only the road course and street circuit events.

This time around, he is set to steer the #48 Chip Ganassi Racing entry at every race, including the second of the season on Sunday week (local time) at Fort Worth.

The seven-time NASCAR Cup Series champion has hardly been a front-runner since his switch to open-wheelers, finishing no higher than 17th anywhere last year, and 23rd in this year’s season-opener on the streets of St Petersburg.

He does, however, have 83 Cup Series race wins to his name, including 82 on ovals, and seven of those at Texas.

Having tested at the circuit in August last year, Johnson says the skills are transferable.

“I enjoyed watching as a fan, but then in August I was able to come and drive one myself, and I’m excited to get on the track and feel the speed,” he said.

“I certainly have an opinion of how to get around here in a Cup car, and then to drive in an IndyCar, there’s just subtle differences that make it really entertaining and fun to drive.

Johnson should have tested again at the 1.5-mile (2.4km) circuit earlier this week, but that outing was called off due to cold weather.

“[It is] Delaying my true introduction into full time, but I’m very excited for it and very optimistic about my performance for the ovals,” he remarked.

“He definitely had a big smile on his face the first time here,” said the New Zealander.

“I expect that to be the case again. I think anybody seeing the transition that he made knows that this would be the most natural switch for him.

“Granted, it’s still at the other end of the spectrum, it’s still a steep learning curve for him, but I feel like it will be somewhere where he feels much more natural, for sure.”

As for his potential on other types of tracks, Johnson is upbeat about racing this year at some circuits on which he already has experience, and says the St Petersburg result was not reflective.

“The results at St Pete[rsburg] don’t show the competitiveness and progress that I’ve made,” declared the 46-year-old.

“We had an issue with a set of tyres that really cost me a chance to run up in the high teens, where I think I would have finished.

“So, for my own standpoint and the confidence and comfort I have in the car, knowing the tracks and coming back a second time to most tracks, I feel like I’m in such a better spot this year than where I was last year starting off.”