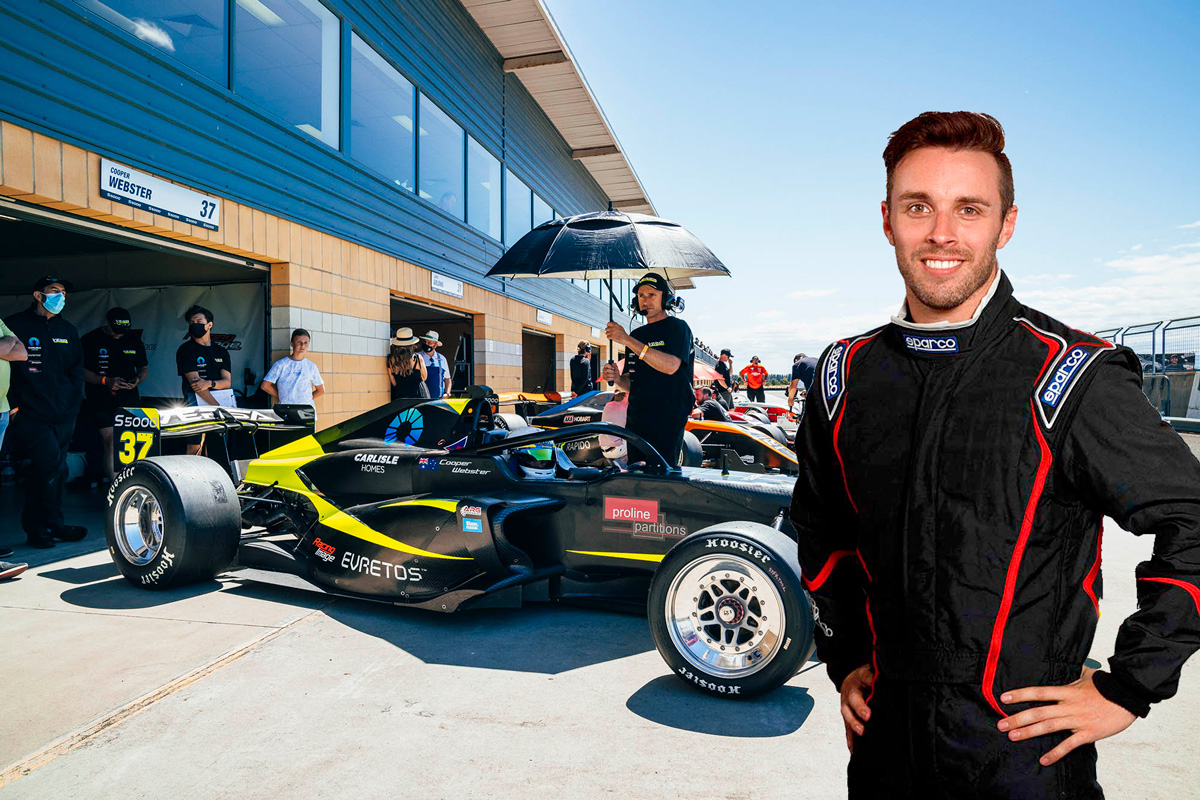 Shae Davies will race in the remainder of the 2022 S5000 Australian Drivers’ Championship, and the subsequent Tasman Series, after inking a deal with Versa Motorsport.

The Toby Pope-led team only debuted late last year with a one-off appearance in the inaugural S5000 Tasman Series, before returning with driver Cooper Webster for a full campaign this year.

Off the back of a strong showing at Symmons Plains last month – Webster sits second in the standings – Versa has added a second car starting from Phillip Island on March 18-20.

The versatile Davies was selected as the man for the job, with experience in Supercars, GT, Carrera Cup and Stadium Super Trucks.

“We are very excited to have Shae join the Versa Motorsport team,” said Pope.

“Being such a highly experienced and successful driver locally and offshore, we can’t wait to start working with Shae and are focused on building together for the rest of season.”

Davies expressed his delight at returning to open-wheel racing, having been a race winner in F1600 in the United States as a youngster.

“I’m very pleased to be joining a new, fresh faced and professional team such as Versa in S5000 this season,” said the 32-year-old.

“In such a short time they have produced some stellar results and I can’t wait to become a part of the operation and hopefully push the team even further to the front with my team-mate, Cooper.

“S5000 is a category I have had my eyes on since its inception and the desire to get behind the wheel of one of these weapons has been strong.

“I don’t underestimate the challenge ahead, big power and aero is an exciting prospect. I hope my experience with Supercars and GTs puts me in good stead to get up to speed quickly.

“Very excited to get underway at Phillip island, a circuit I enjoy immensely, in a week’s time.”

Davies raced for Erebus Motorsport through the back half of the 2016 Supercars Championship season, and made a pair of main game wildcard appearances the following year for MW Motorsport.

He won what is now known as the Super3 Series in 2013, competed in GT World Challenge Europe in 2019, and most recently was a race winner in Stadium Super Trucks.

All the action from Phillip Island will be available to be streamed live, ad-free and on-demand via Stan Sport.