Zak Best says that staying ahead of “the crap at the back” will be an important factor in his Dunlop Super2 Series title bid in 2022.

The Tickford Racing driver leads the series after winning Round 1 at Sydney Motorsport Park, having ended the 2021 campaign as runner-up to Triple Eight Race Engineering’s Broc Feeney.

Best finished second in Race 1 at Eastern Creek and scored victory in Race 2 as carnage unfolded behind him, and occasionally in front.

In what were admittedly challenging conditions, with intermittent rain which got heavy enough to flood parts of the circuit on Sunday morning, and rivers across certain corners for much of the weekend, the Super2 field generated five Safety Car periods.

Asked by Speedcafe.com if speed or smarts were more important in terms of a title bid, Best responded, “I’d say qualifying’s going to be important, just to get on the front two rows and get off the line and get a clean start and just away from all the crap at the back.

“So, just keep your nose clean and your car straight, and should be okay, I think.”

Ironically, he had only put the #78 FGX Falcon eighth on the grid for Race 2 after an off midway through that morning’s 15-minute qualifying session, the first track activity for the day given the impact of the aforementioned flooding on the programme.

However, a handy getaway combined with Angelo Mouzouris unloading Cameron Hill at the first braking zone meant Best emerged second only to Declan Fraser when the field came under Safety Car for a melee on the starting grid involving three Super3 drivers.

“Off the start line, I was as nervous as a long-tailed cat in a room full of rocking chairs, so it was pretty rough out there, so just got it done off the start and pressed on,” he quipped.

“I felt a bit like Cole Trickle, really, going through the smoke, so yeah, it was alright,” Best added about avoiding the drama that was taking place around him. 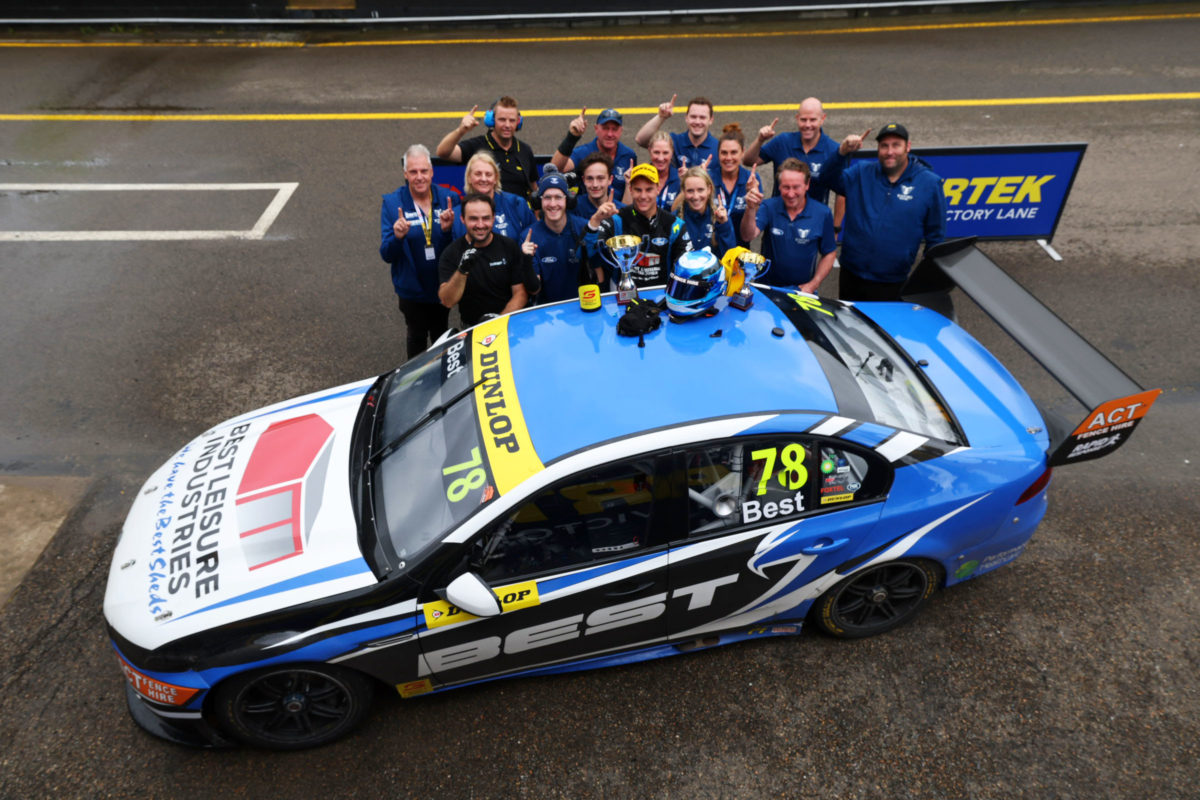 He went on to pass Fraser on the first restart lap, apparently with contact based on investigation into an incident for which he was ultimately cleared, and would eventually lead the field to the chequered flag under the third Safety Car period.

“He got a little bit of luck with other cars hitting each other and whatnot on the start, but he did well to steer clear of that chaos and once he got to the lead he wasn’t going to let it go.

“It was a great recovery after qualifying this morning. The crew gave him a good car, and he drove it well, it’s just about the best way possible for him to start the new season which is great to see.”

Best himself remarked that it was, “The perfect way to start any campaign.

“Obviously, trying to get the lead early and just build on it all year, so just pretty happy with how we went this weekend.”

The Benalla driver has already been named as part of Tickford’s Repco Bathurst 1000 line-up after impressing in a surprise call-up last year when he replaced United States-based Alexandre Premat.

He leads the Super2 Series by 30 points over Grove Racing’s Matt Payne on the way to Round 2 at the Bunnings Trade Perth SuperNight on April 30-May 1.