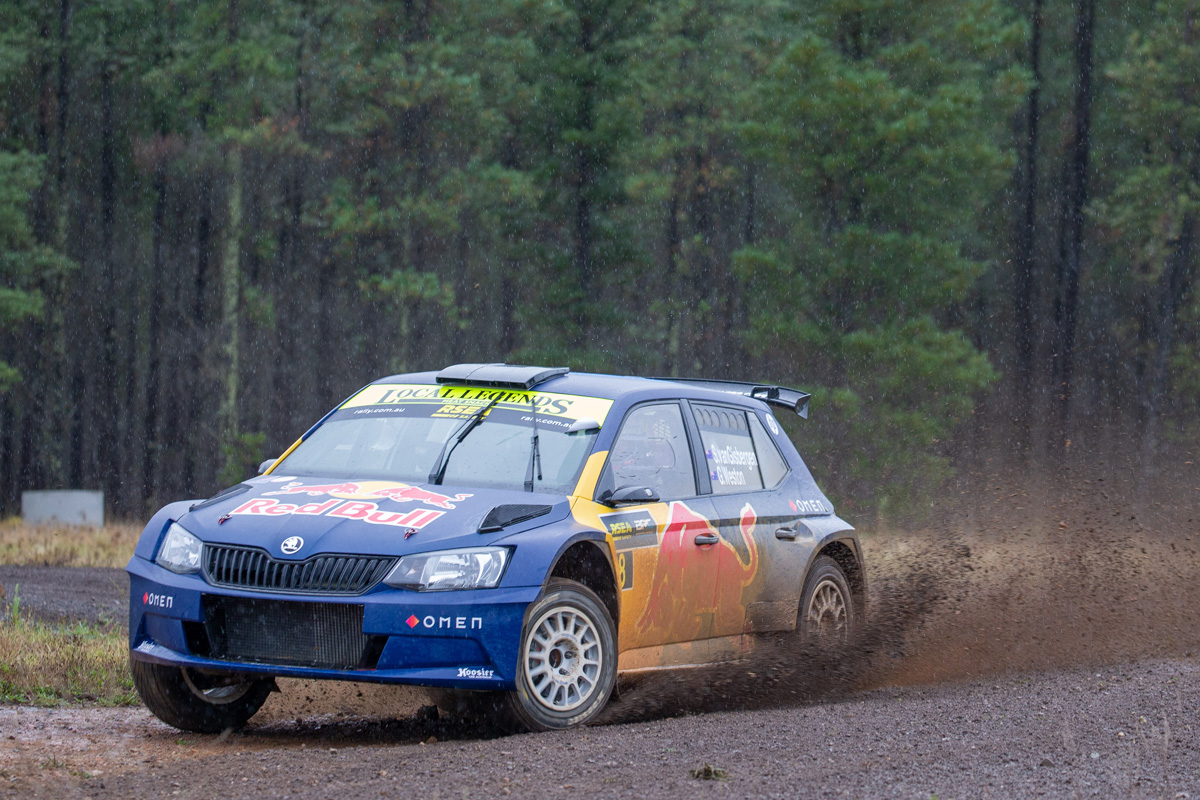 More than 20 crews have braved the rain to complete pre-season testing in Canberra today ahead of next month’s RSEA Safety Motorsport Australia Rally Championship opener.

“We had a really good day and it was great to get some wet running in,” said Bates.

“We haven’t really ever had to put a wet set-up on in this car, so it was good opportunity to do that. Also, how to see how the Hoosier tyre performed in the wet, which performed well.

“We had to make a few changes throughout the day but I’m very happy with how everything performed.

“I think there is no doubting that we’re going into to this year with stiffer competition than previous years and that excites me. I encourage all competition and it drives me to do better.

“Can’t wait to get on the first stage on the Netier National Capital Rally.”

Van Gisbergen enjoyed getting up to speed in his Red Bull-liveried Skoda.

“It’s been pretty difficult, but the car did nothing wrong and its much better than the driver,” he said

“There are some big jumps out there, but I am just learning what the car can take and how it feels. Now I know the roads so I have to start again to learn the pace notes.

“Sitting in [the Skoda Fabia R5], it’s pretty basic but it’s so refined. It’s a proper race car. It does everything you want and it’s well set up.

“We haven’t changed anything – just going up and down on tyre pressures so I can feel what the difference of that is but really I am just learning.

“If you’re not committed, it punishes you so I have had to get into it.”