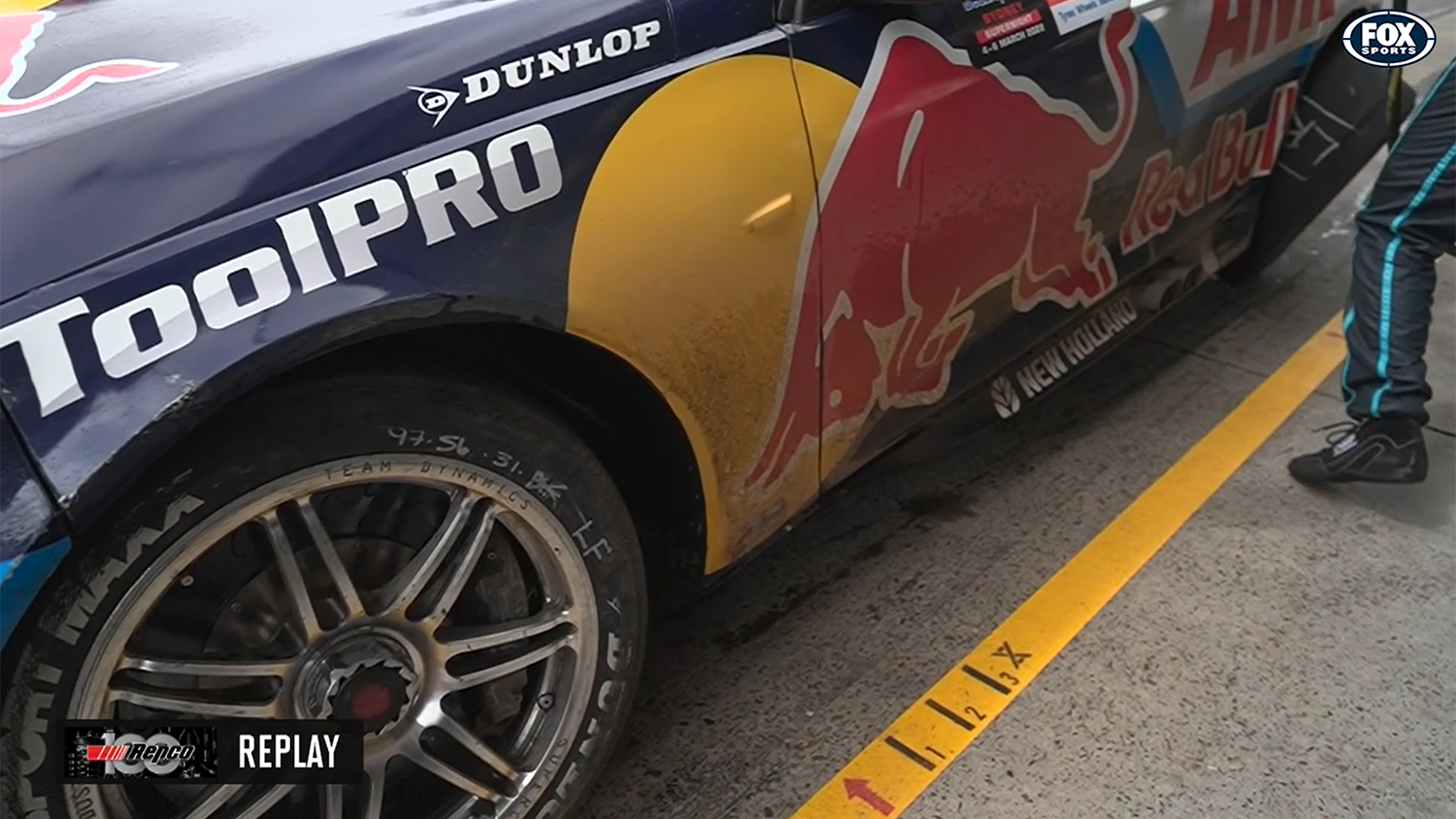 After spinning on Lap 7, van Gisbergen immediately pitted to change from soft slick tyres to wet tyres in a self-confessed panicked decision.

That move would prove costly as the circuit never quite got wet enough to justify the switch.

Come Lap 13, the Kiwi returned to the pit lane to switch back to slick rubber.

Although van Gisbergen began driving off with the wheel unhinged, moving no more than a metre, the Red Bull Ampol Racing entry remained under control of the car controller throughout.

Speedcafe.com sought clarification from Supercars officials in relation to the incident, who had deemed no breach had occurred and thus no penalty was warranted.

The loss of time through lifting the car and rectifying the issue and thus no gain being made was considered.

Had van Gisbergen been let go by the car controller and driven further than his pit bay, then a penalty would likely have been received.

That incident wasn’t the only one of note on Sunday that went unpenalised.

In that incident, Hazelwood lost control of his #35 after the start-finish line and ploughed into the back of the #18 ahead of him at Turn 1.

Footage appeared to show the pair side-by-side coming to the chequered flag, Winterbottom edging Hazelwood to the inside wall.

On the wettest part of the circuit, the #35 appeared to wag its tail under brakes, Hazelwood reporting he aquaplaned before hitting the car ahead of him.

No mention of the incident was made in the post-race stewards’ report.

Although Winterbottom was left incensed by the clash, Hazelwood spoke with Team 18 boss Charlie Schwerkolt and apologised for the incident.