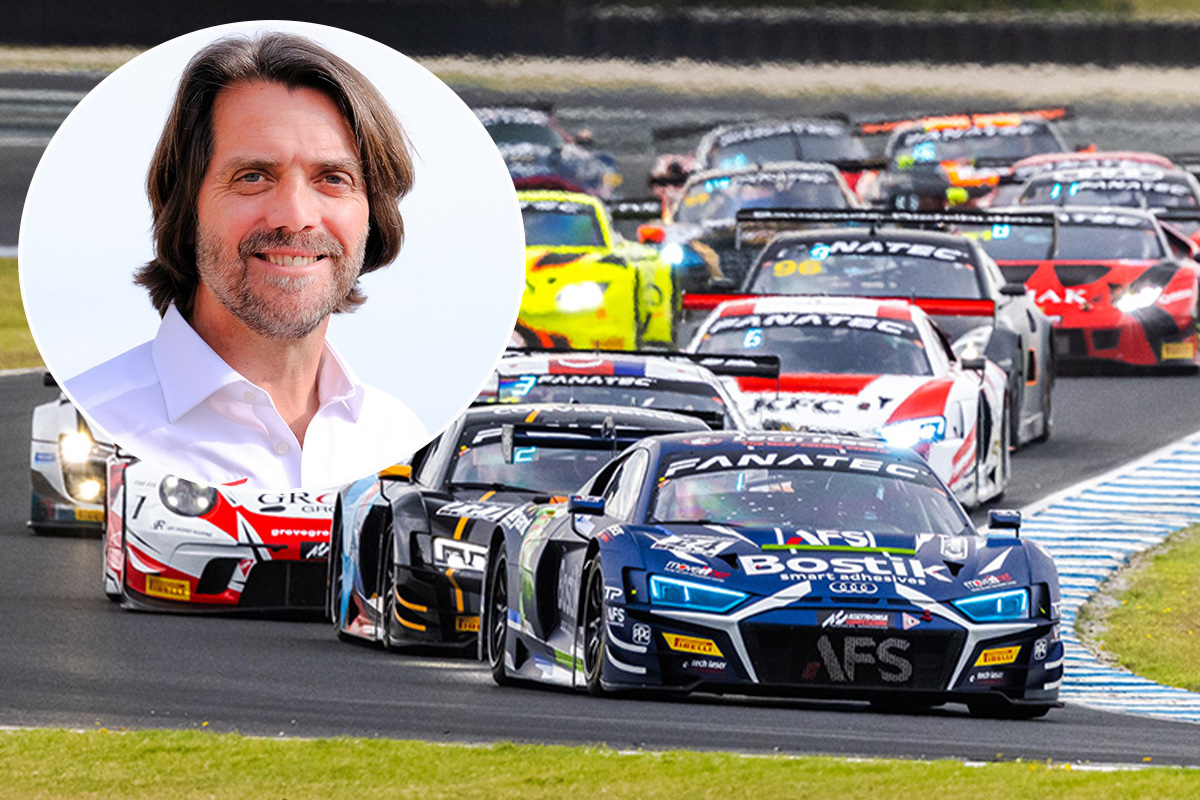 Phillip Island will host the opening round of the season on March 18-20 as part of a Shannons Motorsport Australia Championships event.

It marks the start of the second year of the GT World Challenge franchise operating in Australia, having been rebranded from what was formerly known as Australian GT.

SRO is the global promoter for the GTWC formula in Europe, America, Asia and Australia, as well as the Intercontinental GT Challenge of which the Bathurst 12 Hour is part of.

Notably, GTWC Australia is a collaboration between SRO and the Australian Racing Group.

Since the Australian series was taken under the GTWC banner, COVID-19 travel restrictions have prevented Ratel from making the trip Down Under for a round.

With international travel to Australia largely re-opened again, Ratel’s well-timed trip for the 2022 season-opener will allow him to put some faces to names.

“It was really an honour for SRO to be named co-organiser of Australian GT under the Fanatec GT World Challenge Australia Powered by AWS banner,” said the Frenchman.

“We saw promising grids throughout 2021, even with interstate travel restrictions, and for this I have to thank our Australian partners at ARG. Overall I think we can be pleased with the early results, especially given the circumstances.

“I am absolutely looking forward to attending. It will be a pleasure to finally meet the teams and the staff on the ground, which is something that I would have done much sooner had travel restrictions not been in place.

“Phillip Island is a wonderful circuit with a lot of history and I really believe in the potential of Fanatec GT World Challenge Australia Powered by AWS, so it will be great to experience it in person.”

Category manager Ken Collier said there are promising signs for the upcoming season.

“It’s fantastic to have Stephane come to Phillip Island for the opening round of the Fanatec GT World Challenge Australia Powered by AWS for 2022,” added Collier.

“We are looking forward to releasing a very strong and competitive field of GT cars for our first round. There are lots of different makes, returning drivers, new drivers and very professional teams. It’s going to be a great year.”

Those wishing to attend the Phillip Island event are reminded tickets will not be available for purchase at the gate and must be done so online via Eventbrite.