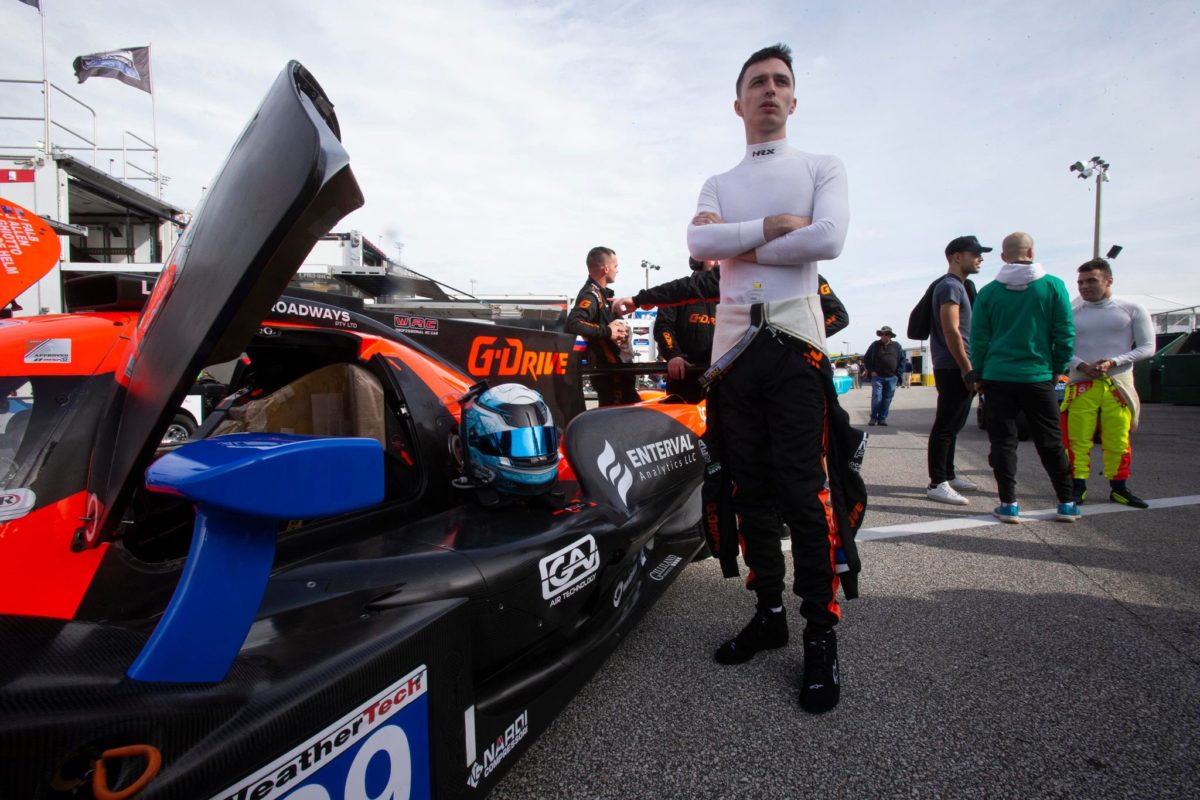 Australians James Allen and Alex Peroni have had their racing season, and potentially their careers, thrown into turmoil following a decision to nullify G-Drive entries into two separate sportscar competitions.

The Automobile Club de l’Ouest (ACO) has scratched entries for G-Drive into the World Endurance Championship and European Le Mans Series in line with limitations imposed on Russian participation in motorsport.

G-Drive is funded by Russian gas company GazProm and was set to field cars operated by Algarve Pro Racing across the two competitions.

Those entries have now been nullified leaving both Allen, who was set to perform double duties in WEC and ELMS, and Peroni (who was set to compete in the ELMS) with a bleak future.

The team is now working to lobby Pierre Fillon, president of the ACO, to have the entries reinstated but under the Algarve Pro Racing banner.

G-Drive was effectively a commercial partner with APR operating its programme, though all ties between the two entities have now been severed.

Well placed sources suggest there are concerns the impact of the limitations placed on Russia’s participation could have a significant and immediate detrimental impact on the squad.

The squad is seeking to be allowed entry into the World Endurance Championship under the Algarve Pro Racing name on a race-by-race basis, adding that it is even willing to forgo championship points.

It’s also been requested that the entry into the 24 Hours of Le Mans that had been awarded to the operation remain in place, again to run under the APR name rather than G-Drive.

Allen was set to be part of the WEC/Le Mans programme alongside Daniil Kvyat, who has also now departed the team.

It’s believed negotiations with a championship-winning replacement are already underway.

Similarly, discussions are ongoing with a replacement for Roman Rusinov in the ELMS programme, to drive alongside Sophia Floersch.

Should organisers opt against transferring the entries to APR, which has no ongoing or legacy connections to Russia, the team faces a difficult future both financially and from a sporting standpoint.

The likely impact of a negative outcome would at least see many of the team’s drivers and sponsors out of pocket.

Unable to race, the team’s staff is also at risk as its equipment is largely specific to the ACO-run WEC and ELMS competitions.

The team is due to travel to the United States tomorrow for the opening round of the WEC, with Allen set to join them.

It’s unclear whether he will now make the journey, or indeed race at all in 2022.

Peroni’s future is equally clouded, with both set to lose out heavily with regard to the sponsorship money that’s been invested in the team on their behalf.

For both, the uncertainty around their racing future comes at a critical time in their careers.

Following a breakout season last year, Allen has begun to catch the eye of a number of key players in the sportscar fraternity.

Another strong season this year would likely push him into contention for significant future opportunities.

However, a year on the sidelines is almost certain to see those evaporate and, and shuffle him well down the queue of drivers in the running for leading seats.

In Peroni’s case, 2022 marks his first foray outside the world of open wheelers, having competed in the FIA Formula 3 Championship in 2020 and a partial Indy Lights campaign with Carlin last year.

With funding tight for the Tasmanian, at the very least it would mean an extended spot on the sidelines but could have even greater ramifications than that.

Meanwhile, the team’s former driver, Roman Rusinov, has taken to social media to bemoan what he brands as discriminatory acts by the FIA.

“Russian team G-Drive Racing refused to accept the discriminatory conditions of the FIA,” he posted on Instagram.

“The goal of each athlete is to hear the anthem of their country on the podium. Over 10 years of international experience, our team has done this many times.

“The GDR team has always been international: pilots, mechanics, engineers – they are all from different countries of the world.

“And if we asked everyone to give up their flag, experience and name, such a real sports brotherhood and victories would never have happened.

“It’s a pity that these guys won’t compete for GDR either. Now we are already considering various options for projects to develop motorsport in our country.

“I sincerely hope that we will be able to return to international racing once the sporting spirit and equal conditions for all participants return to them.”

In order to compete, Russian drivers must sign a ‘Driver Commitment’ form, which sets out a number of guidelines the signatory must follow.

On top of being unable to compete under the country’s flag, Point 2 of the document states;

“I acknowledge the strong commitment made by the FIA to stand in solidarity with the people of Ukraine, the Federation Automobile d’Ukraine, and all of those suffering as a result of the ongoing conflict.”

Further, it adds that the individual must not make statements, comments, take any actions, or conduct themselves in a manner prejudicial to the interests of the FIA, specifically supporting Russian and/or Belarusian activities in respect of Ukraine.

Most notable, however, is the ninth point in the document.

It’s understood Rusinov is not the only Russian driver not to have signed the document with at least one other believed to have been placed under commercial pressure not to do so.