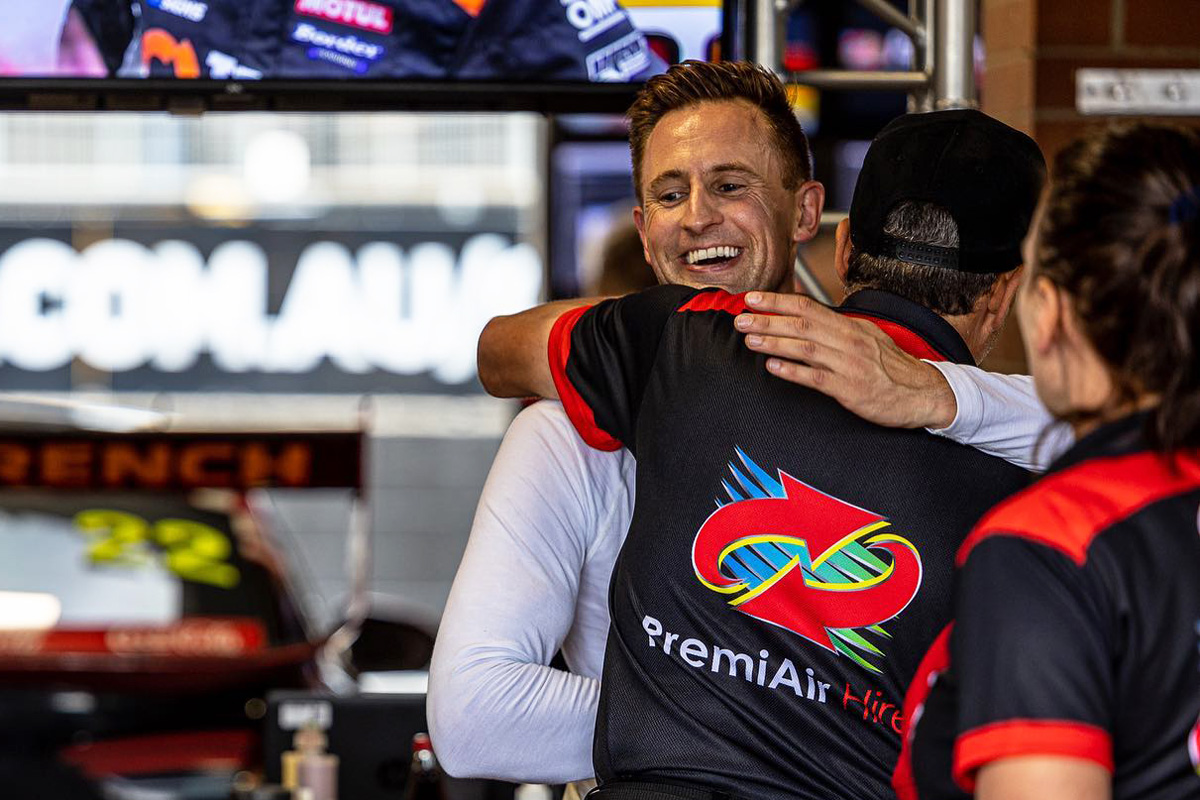 PremiAir Racing leaves Round 1 at Sydney Motorsport Park rooted to the bottom of the Supercars teams’ championship, but not without cause for optimism.

Thrown together in less than two months, the brand new team entered the season-opener somewhat undercooked after its pre-season test day at Queensland Raceway was washed out.

Having got through its maiden race with drivers Garry Jacobson 18th and Chris Pither 23rd, emotions ran high yesterday after capitalising on a wet weather qualifying session.

Pither defied the odds to secure 13th on the grid for Race 2 while Jacobson nabbed 17th (although was later forced to start from pit lane). Pither’s lap was the best part of a second quicker than what two-time champion Shane van Gisbergen managed.

The 300km race didn’t exactly go to plan, the #22 Coca-Cola Commodore sliding to 20th and off the lead lap while Jacobson stopped on-track.

“I feel much better hoping out of the car today than I did yesterday with ergonomics of the car,” he said after Race 2.

“My hip and leg felt better and didn’t go numb so that was nice.

“I think our race pace today was much better although we didn’t convert the result we wanted, there were some positive signs on track.

“Made up a few places on Lap 1 which was good. Then unfortunately the rain didn’t come when we predicted it was going to, so we just didn’t have the right tyre at the right time due to tricky weather conditions.

“Ultimately, there was a lot of good things to take out of today, even though I was a little out of sync we had much better competitive pace, and I could run with a few of the guys that were running at the front.

“Happy with the gains we made today, and we just need to continue making big gains each round.”

An oil pressure warning was behind Jacobson’s abrupt end, with the 2016 Super2 Series winner hoping teething issues can be weeded out before Round 2 at Tasmania later this month.

“It probably just wasn’t our day as we had a cool suit failure, some power steering issues and an alarm that came on alerting me of no oil pressure so the natural response to that is to turn the engine off, so we don’t have to sacrifice an engine so early in the season,” he said.

“It’s still a little inconclusive of what the actual cause was for that issue, so we’ll check through our system and the car.”

Ken Douglas, who was race engineer for Pither on the weekend, is understood to have now agreed to stay on for the next two rounds (Symmons Plains and Albert Park).

Jacobson has a full-year engineer in Tim Newton.