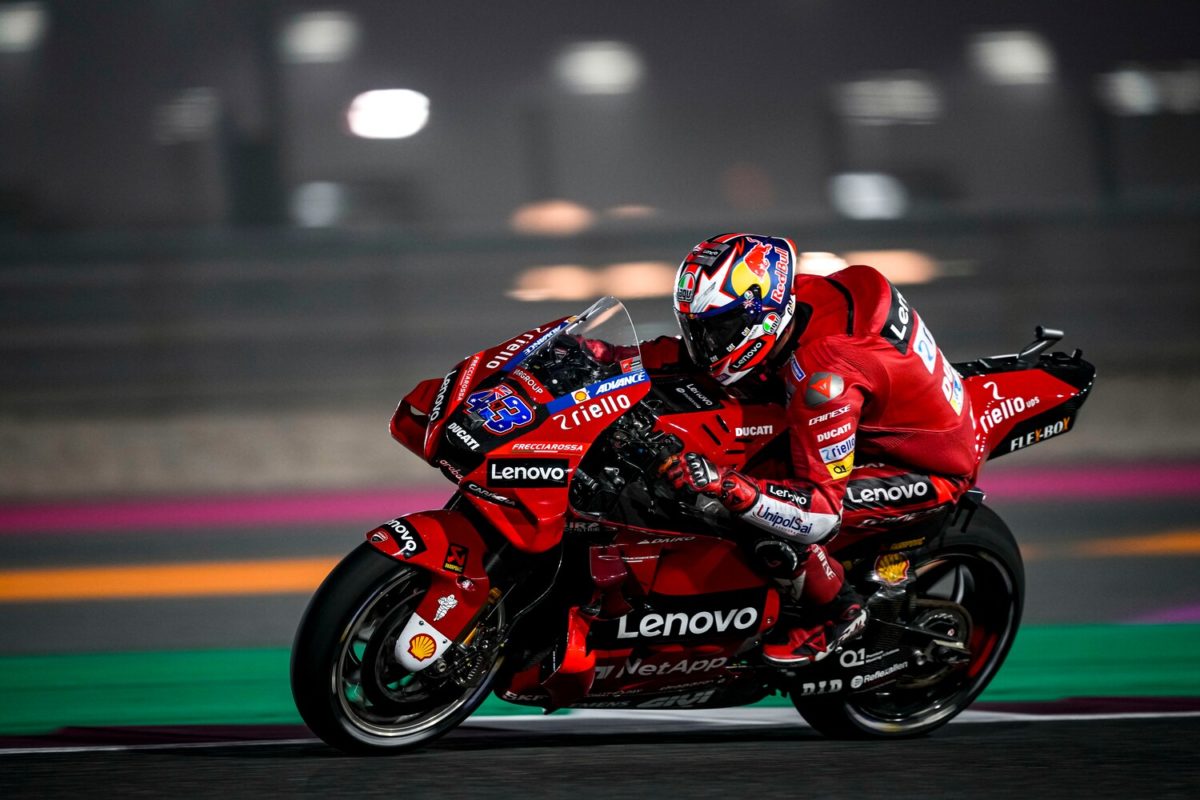 Jack Miller says his Ducati got “lost” in the Qatar Grand Prix after he retired from the first race of the MotoGP season with an electronics problem.

Neither he nor factory team-mate Francesco Bagnaia made good starts at Lusail, but the Italian began to recover ground until he crashed out at the halfway mark.

Miller, on the other hand, went from fourth on the grid to 10th at the end of the standing lap, 16th at the end of Lap 6, and last of the 23 who were still running when he reverted to the Ducati Lenovo Team garage next time around.

According to the Queenslander, something went seriously awry with the power delivery from his Desmosedici, due to the bike getting “lost”.

So bad was the issue, Miller was worried about getting rammed from behind on the Lusail International Circuit’s long main straight.

“From the get-go the bike wasn’t fantastic; there was something missing in the electronics,” he explained.

“The bike was quite lost, let’s say. I had 100 percent power in some very strange points of the track, and then coming onto the front straight, I had no power.

“I had to go to fourth gear pretty much directly out of the last corner. Everybody was passing me. I honestly thought I was going to get run up the arse, simply because I was that slow.

“I tried everything I could, swapped from [engine] map A to B to C, system on, system off. Tried my best, but nothing.

“At one point, especially over the back part of the track, it kept firing me in-between corners, it would give me a massive burst of throttle.

“Of course, my throttle is open, but I’m not expecting that. And then also the fear of almost getting run up the arse every time I came out of the last corner, because I’m on the racing line and not accelerating

“I just decided it was better to just pull in. So, not a great day.

“It is what it is. We know the issue, we know what happened. It’s unfortunate, and hopefully it won’t happen again.”

Ducati’s post-race press release advised that Miller had suffered a “technical problem” but provided no more clarity on the matter.

However, #43’s comments suggest that the drama was related to the track position sensor, from which inputs are used to make adjustments around the circuit.

In any event, it is an ironic situation given the explosive talking point that was Ducati’s engines earlier in the Qatar Grand Prix weekend.

It had come to light that the factory team had reverted to a specification which was a ‘hybrid’ of the 2021 and 2022 versions, due to the harshness of the latter’s power delivery.

Bagnaia and team manager Davide Tardozzi were unhappy with how the matter was reported, before they too would have a nightmare Sunday night at Lusail.

The Italian was only 14th at the end of Lap 1 and went on to crash out of the race, taking fellow Ducati rider Jorge Martin down with him, when attempting a pass only for eighth position on Lap 12 at Turn 1.

Ducati did win the race, however, courtesy of Gresini Racing’s Enea Bastianini on its 2021 model of bike, and Martin’s Pramac Racing team-mate Johann Zarco snatched eighth from Fabio Quartararo at the finish line.

Bastianini thus leads the riders’ championship while the factory squad which picked up the teams’ title last year will arrive at Indonesia’s Mandalika circuit later this month still on zero points.