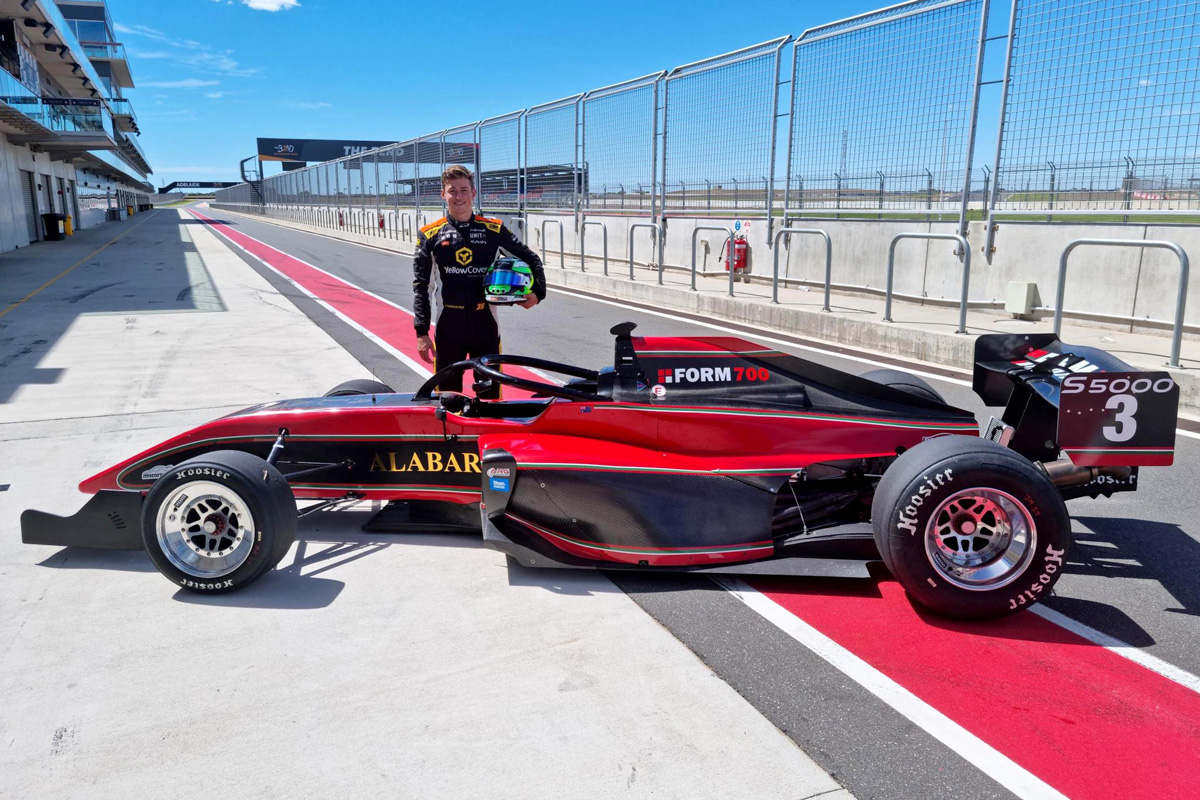 Goddard appeared briefly in S5000 at the 2020 Australian Grand Prix, taking part in practice and qualifying before the event was called off on the Friday morning due to the COVID-19 outbreak.

That meant he never actually lined up on a grid that at the time included Formula 1 race winners Rubens Barrichello and Giancarlo Fisichella.

Having tested at The Bend Motorsport Park on Thursday last week, Goddard has signed a two-event deal with leading S5000 outfit Team BRM, driving the same car that Tim Slade had slotted into at Symmons Plains.

That will see him compete at Phillip Island on March 18-20 and then at Albert Park on April 7-10 in support of F1’s return to Australia.

Goddard has plenty of history with open-wheelers; after graduating from Australian Formula 4, he headed to the United Kingdom to compete in their equivalent of the series.

The now 22-year-old then drove for Arden International in Formula Renault Eurocup the following year before returning Down Under.

“It’s great to be back with the team and I’m really looking forward to racing in S5000,” said Goddard, who linked with Team BRM during his Australian Formula 4 days.

“I really enjoyed driving the car and getting up to speed with it at the test – it’s exciting to drive and you can see why so many people enjoy them.

“This is a great chance to compete against a very competitive field and at two of the best circuits around.

“Phillip Island in these cars will be incredible and the Grand Prix is such a great event, I can’t wait to race there in S5000.”

“We’re excited to have Zane jump into our second Form 700 / ALABAR entry for Phillip Island and the Grand Prix,” Rundle said.

“We’ve known Zane since 2015 when he joined our first year in Formula 4 and we’ve always known how quick he is.

“It’s been great to see how he’s evolved as a driver thanks to his time in Europe and more recently in Supercars since he last raced for us.