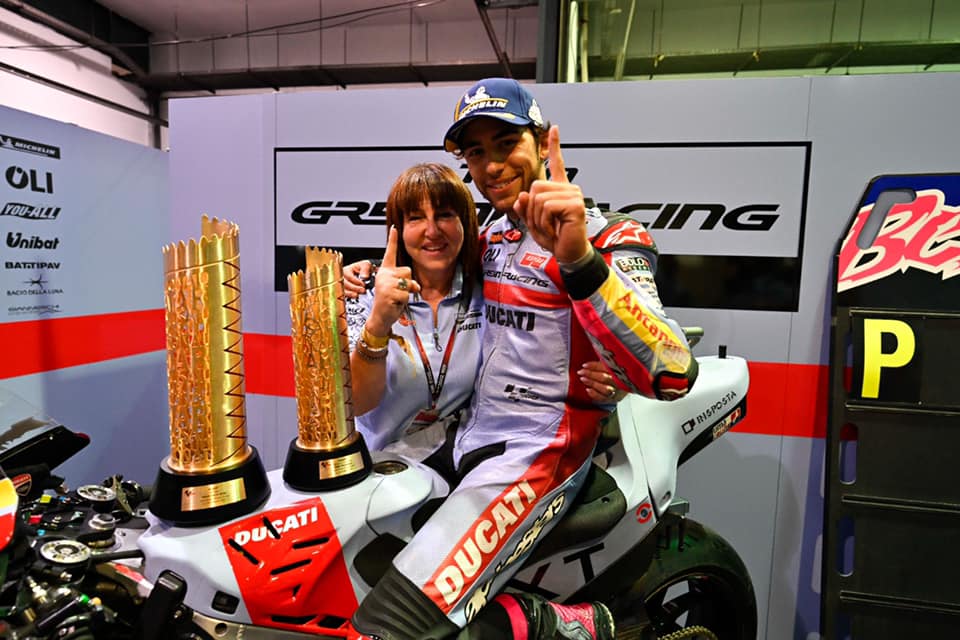 Enea Bastianini says he saw the motivation of the late Fausto Gresini in the eyes of the Gresini Racing founder’s widow Nadia Padovani after his win in the Qatar MotoGP.

Gresini lost his life in February last year after a battle with COVID-19, but his team has continued on with Padovani succeeding her husband as principal.

Bastianini’s triumph at Lusail was not just his first in the premier class, but also the team’s first since Tony Elias won the 2006 Portuguese Grand Prix, and hence also the first since the passing of Fausto.

It was, however, a result which the Italian did not expect.

“The first one was unexpected because it was great for me today to go on the podium,” he said.

“To do a victory was so unexpected, but I saw in Nadia’s eyes the motivation of Fausto to advance with this team.

“Also, when I see all the faces of my guys it’s so brilliant.”

According to Bastianini, Padovani has also preserved the environment which her husband had created.

“It’s really nice because Fausto had sourced very good guys for this team,” he added.

“And now Nadia has brought all the team [together] and the climate is fantastic.

“All the guys are so motivated like me and it made it possible to do this today.” 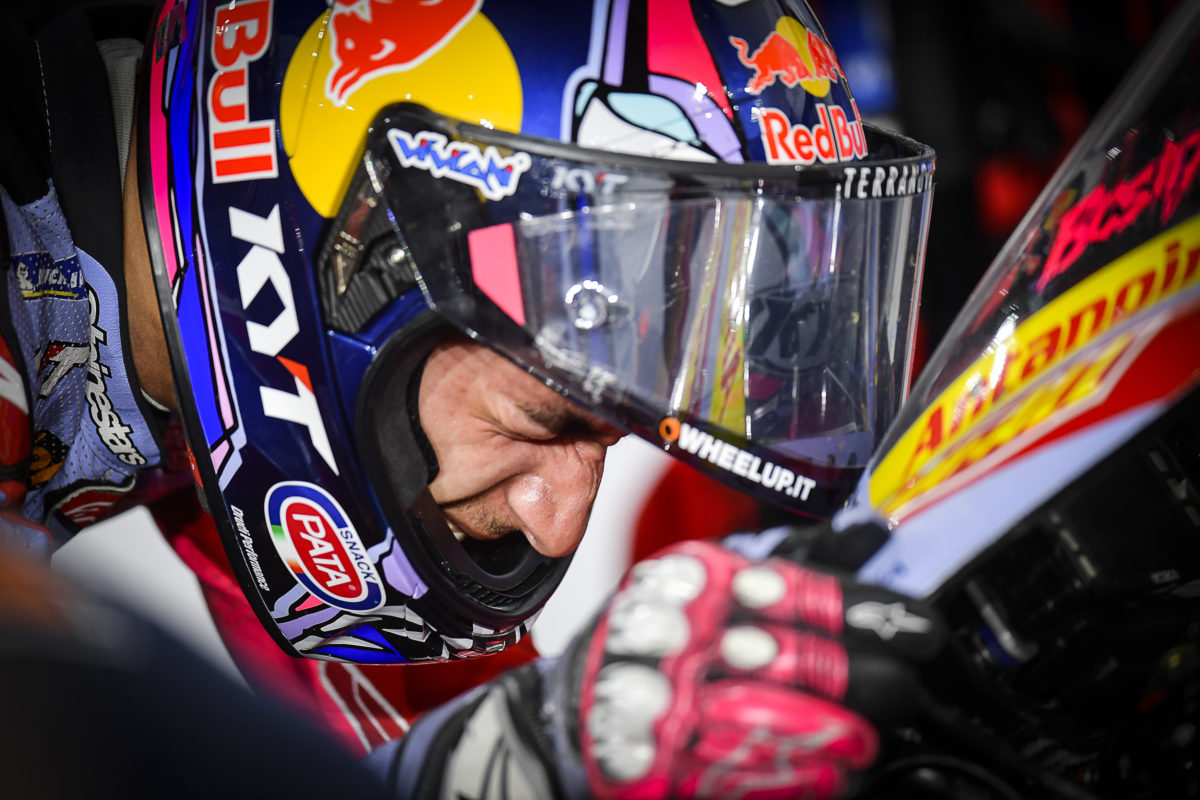 Bastianini was part of the lead bunch which began to break away during the 22-lap race under the lights of the Lusail International Circuit, and would overtake Pol Espargaro for first position as they ran down the main straight at the end of Lap 18.

He was a second clear of the field when Espargaro outbraked himself at the next stop and Brad Binder assumed second position, but the latter closed the gap to just over three tenths of a second by the time they reached the chequered flag.

Bastianini described the final lap as “one of the longest laps of my life,” but said that opting for the medium rear tyre helped him to clinch the win.

He also claimed to have found even more pace from his year-old Ducati package, with which he topped a day of pre-season testing.

“We have seen a very good potential during the tests and when we arrived here, we did another step on the set-up and also with the electronics.

“And yesterday for the first time I did a really good lap time in the qualifying and today I started from the first row. The best choice for me was the medium rear because this morning I tried in the warm-up and I saw a good potential.

“Also, the soft, for me, pumped a lot in the slow corners and the medium was more stable. It was not easy, especially the first part of the race because Pol pushed a lot in the front.

“But the last 10 laps, it stayed the best choice because I pushed a lot and it stayed possible to push the gap.”

Bastianini holds a five-point lead over KTM’s Binder at the top of the championship ahead of Round 2 at Indonesia’s Mandalika circuit on March 18-20.