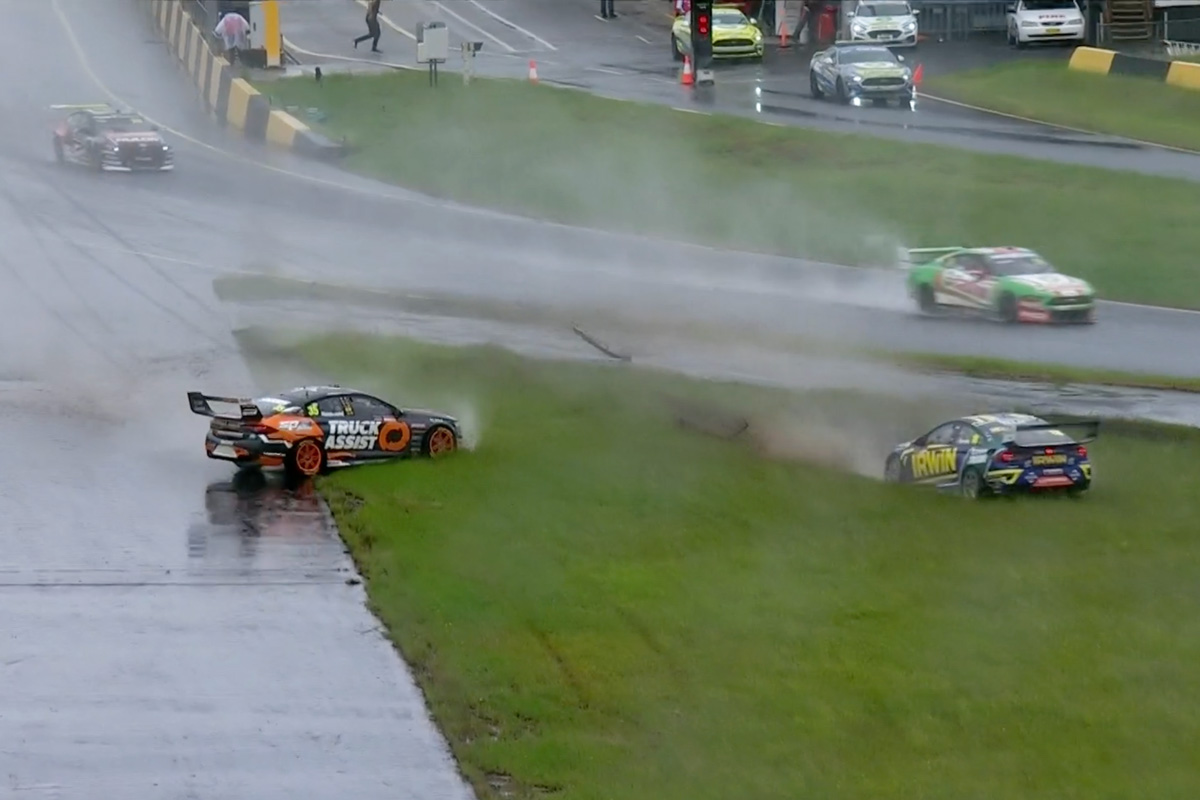 Mark Winterbottom has been left lost for words after a high-speed incident with Todd Hazelwood after the conclusion of Race 2 at the Beaurepaires Sydney SuperNight.

Having navigated inclement conditions throughout a wild 300km race, Winterbottom took the chequered flag 12th – just ahead of Hazelwood.

But the pair would not make it past Turn 1 on the in-lap, with Hazelwood aquaplaning into the #18 Irwin entry and sending both cars into the gravel trap where they would only be recovered later.

Winterbottom cut a bemused figure upon returning to pit lane, with his team now having to repair his ZB Commodore ahead of a sponsor ride day tomorrow at the same Sydney Motorsport Park location.

“What do you do, when someone does something dumb and they come up and say sorry? What do you do?” said the 2015 Supercars champion on Supercars Trackside, having also been on the receiving end of Turn 1 contact with Tim Slade late in the race.

“That’s the biggest crash I have had in my career – after the flag. I actually can’t believe it.

“He apologised. I don’t know what to say.”

Hazelwood was quick to apologise after the incident, running across to his competitor, although television footage appeared to show ‘Frosty’ in a less than forgiving mood. 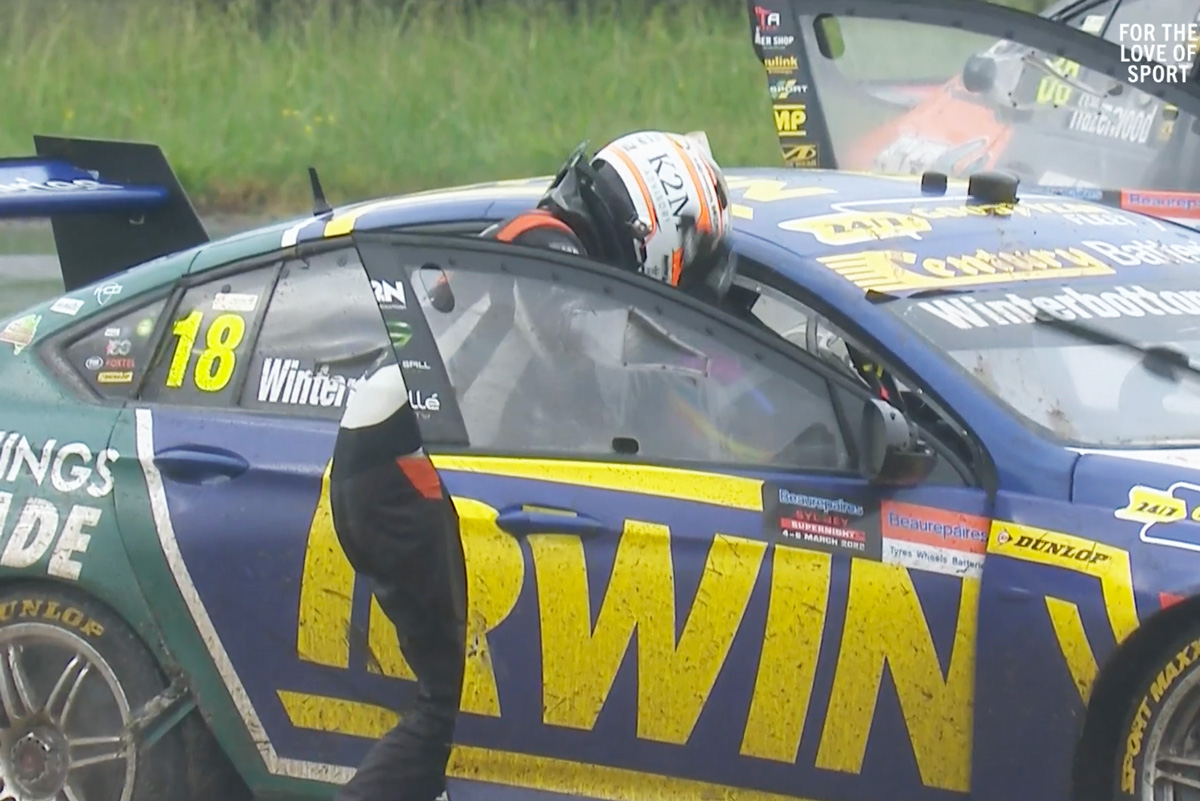 “On that last lap, Frosty made a little mistake coming onto the front straight and I had a really good run on him,” the Matt Stone Racing driver explained to Speedcafe.com.

“We went literally side-by-side across the start/finish line and I got squeezed right up against the wall, which I’ve got no problem with, that was hard racing to the line.

“But basically as I crossed the line, I just aquaplaned – I don’t know if I hit a puddle or a white line, I’m not really sure.

“When I aquaplaned, the car started to face right, so obviously the wrong angle for a left-hander, and I was fully locked but obviously not slowing down, I was locked up as I hit Frosty and we both ended up in the gravel trap.

“I tried to get out of the car as quick as I could and just run to Frosty’s car to apologise and just explain that I didn’t just deliberately try to nail him after the start/finish line, I purely aquaplaned and the car was out of my control.

“A little bit of an awkward way to finish the race.”

No mention of the incident was made in the stewards report distributed post-race, indicating a penalty will likely not be applied.

That was in line with Hazelwood’s belief the incident did not warrant a penalty, despite his profuse apologies.

“At the end of the day we were both racing hard to the line and he squeezed me and I aquaplaned and hit him, so it’s two-fold,” added the #35 driver.

“And we see NASCAR with cars on their roof and cars on fire and things like that going across the start/finish line so probably just because it’s unusual to Supercars doesn’t mean it’s not normal to happen.”

It wasn’t the only incident after the chequered flag today, with third-placed finisher Anton De Pasquale hitting the wall near pit entry on the cooldown lap.