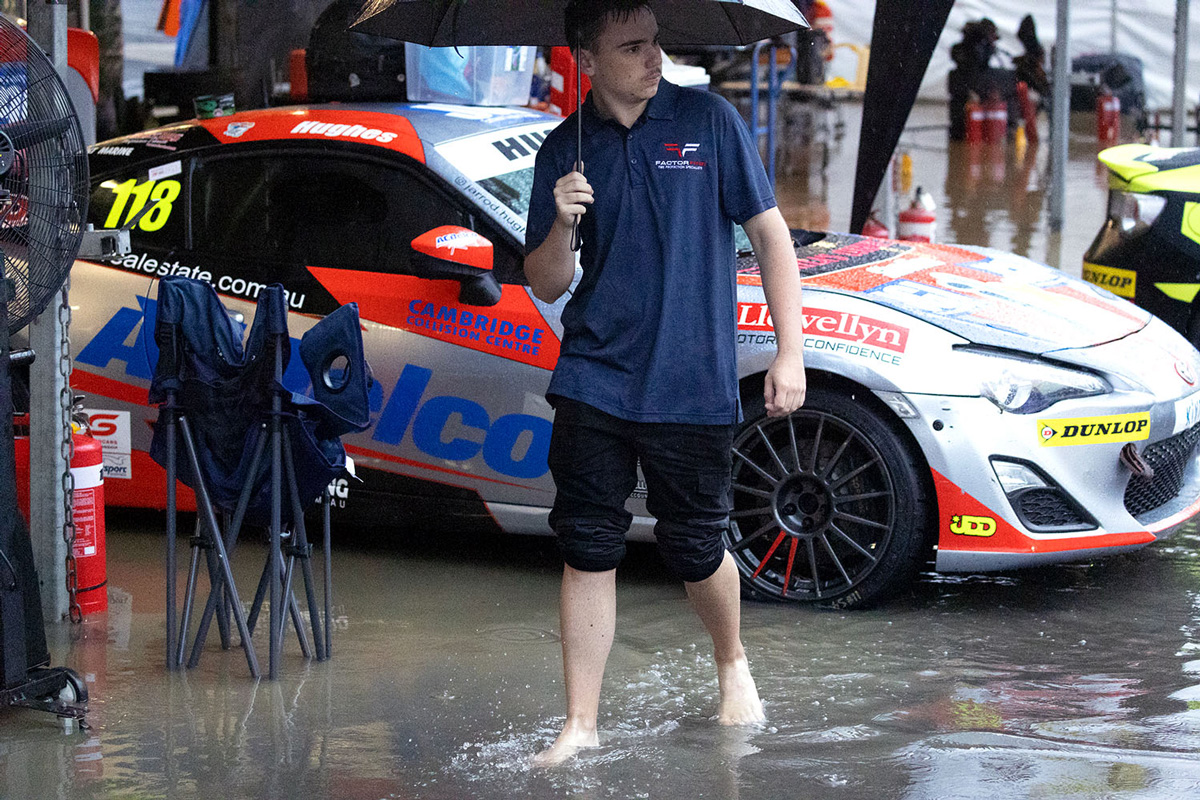 A heavy downpour overnight has caused immediate change to the Sunday track schedule at the Beaurepaires Sydney SuperNight.

Race 2 of Touring Car Masters was due to get underway at 08:00 local time/AEDT, but has been delayed with flag marshals not out on track yet.

Officials are assessing the circuit, including checking for drain blockages.

After constant rain in the past week left the venue waterlogged, rivers have been running across the track on Friday and Saturday even in dry conditions.

The Bureau of Meteorology has forecast the possibility of a “severe” thunderstorm and “heavy rain which may lead to flash flooding” for the nearby Blacktown region today.

The Toyota Gazoo Racing Australia 86 Series is due to be on-track next at 08:30, before Super2/Super3 Series qualifying at 09:05.

The first Supercars Championship session of the day is slated for 10:50, being Qualifying for Race 2.

Update: Race 2 of TGRA86 has also been delayed

Update two: Rain is currently falling at SMP as at 08:50

Update three: Super2/Super3 Qualifying for Race 2 is to start on time at 09:05

Update four: Race 2 of both TCM and TGRA86 have been cancelled