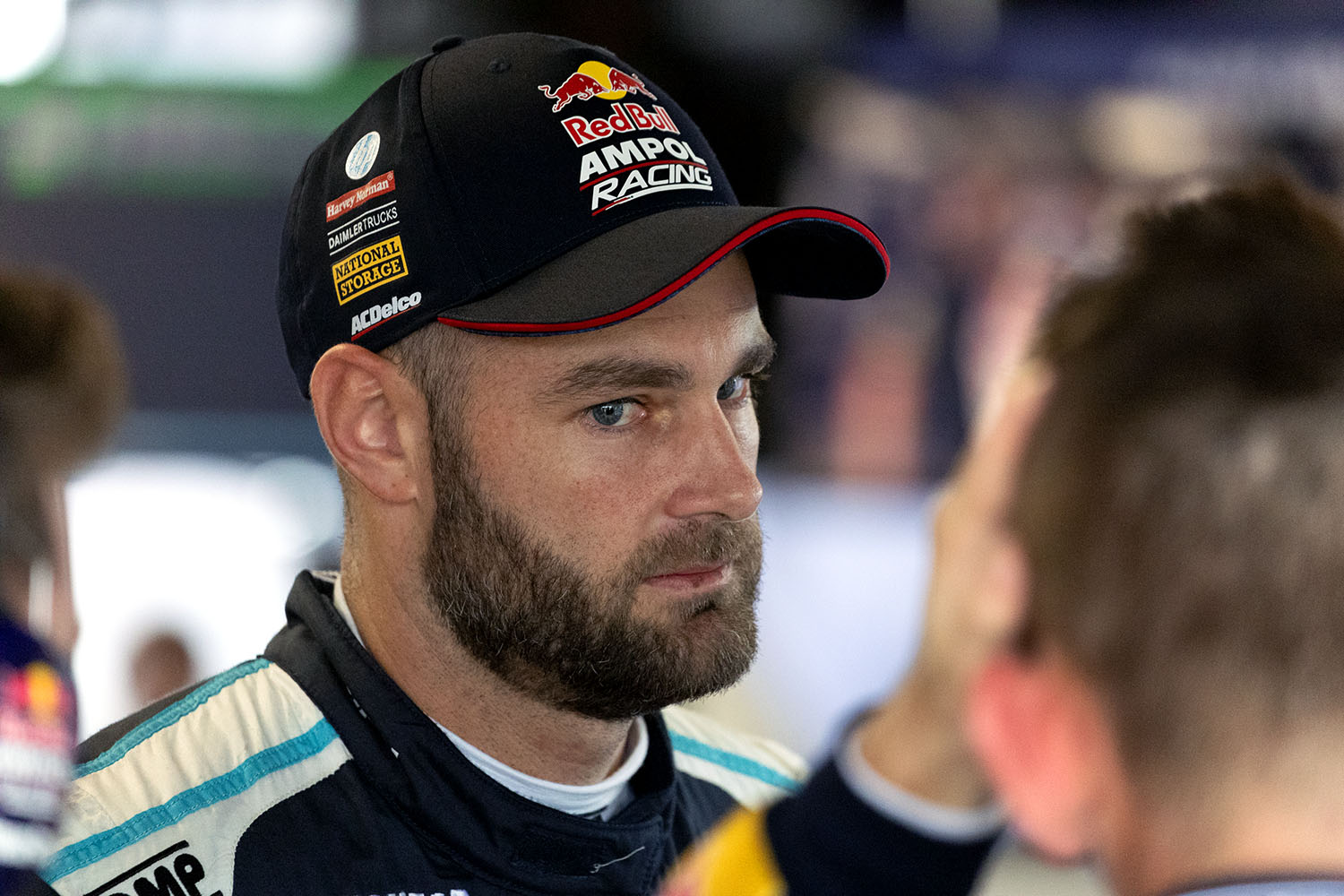 Shane van Gisbergen says he’s happy to have recovered to sixth in Race 2 after a series of self-induced mistakes at the Beaurepaires Sydney SuperNight.

He and his Red Bull Ampol Racing team missed the set-up window in qualifying, resulting in a well below par 21st grid start.

It only got worse for the #97 pilot, who made a mistake on Lap 7 at the final corner and slid on the sodden outfield, falling from 12th to 23rd.

Fortunately, van Gisbergen got his car back on track, but in his haste made a last-second call for a set of wet tyres.

The circuit was damp, albeit, not enough to warrant the tyre change, and those who followed suit all eventually switched back to slick tyres.

Van Gisbergen was included in that, eventually dropping a lap down.

A stroke of luck and aggressive strategy using the speed of the super soft tyres eventually got the Kiwi back on the lead lap and in contention for a strong result.

In the end, he would climb from 18th at the Lap 51 restart – and the last driver on the lead lap – to sixth.

“You’d take 21st to sixth any day I reckon, but the story of how we got there was crazy,” said van Gisbergen told Speedcafe.com.

“The first half of my race, I did a shit job and just made a mistake and went off. I was lucky not to get bogged but then made a bad call coming straight in for wets. I just panicked probably.

“We didn’t have the speed, but I got better, then the team made good calls to stay out at the right time and put enough fuel in so we could get the lap back, which was good.

“Critically, I passed [James] Courtney a lap or two before [the Safety Car] and he stayed out.

“We were the only ones to get a lap back. We made good calls; when to pit, right tyres, in the wet, but yeah, crazy. We didn’t have quite a fast enough car but result was good.”

Van Gisbergen admitted the call to go from slick tyres to grooved wets was the wrong one.

“I panicked off the track,” he explained.

“That’s where the rain was coming from. It felt pretty slippery there. It was for a couple of laps, but I didn’t know there was no more coming.

“I should’ve kept going and taken the pain of those few laps.”

Van Gisbergen credited his Triple Eight Race Engineering team, led by race engineer Andrew Edwards, for getting the two-time champion back in contention.

However, it’s not all happy days, considering the team has typically been quick in wet and mixed conditions – something van Gisbergen said has left him perplexed.

“It doesn’t tell you that we were a lap down, that’s the crazy part,” van Gisbergen said of the end result.

“Pretty awesome job from the team to dig us out of that hole.”

“Mixed conditions and rain, we’re not fast, which is normally our strength.

“I don’t understand that. Normally mixed conditions or wet, we come alive.

“In the dry we were fast. Sometimes a bad car comes good in the wet. I don’t know.”