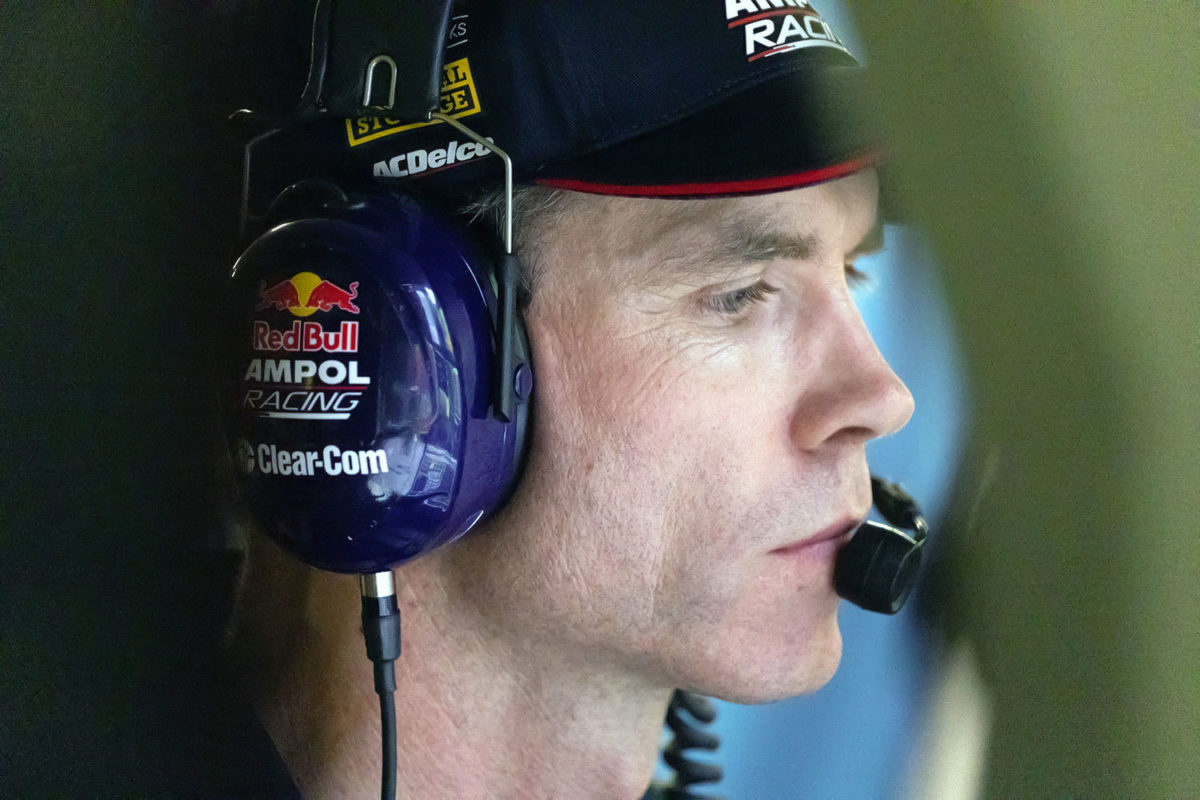 Shane van Gisbergen has been left impressed by the intensity and critical self-evaluation of his new engineer, Andrew Edwards.

The former Brad Jones Racing man joined Red Bull Ampol Racing in the off-season as a replacement for David Cauchi, the second change in race engineer in as many years for Car #97.

However, as he did with Cauchi, van Gisbergen began the Edwards relationship with a victory, in Race 1 of the Repco Supercars Championship at the Beaurepaires Sydney SuperNight.

According to the 2021 champion, his right-hand man is a good fit for Triple Eight Race Engineering, despite the differences between he and Edwards’ old driver Nick Percat, and between his team and BJR.

“Pretty good,” said van Gisbergen when asked by Speedcafe.com how the relationship is developing.

“I think the way Nick and I work is quite different as well, but [Edwards is a] very intense person, in a good way.

“I think as well, as you would, he’s just trying a lot harder to soak everything up to learn.

“I think we do things very differently to how BJR do it. They’re obviously a very good team as well and his knowledge, he has been doing things at a very high level, so he has slotted in pretty quickly.

“I don’t normally like doing the prep meetings as much but you have to do them to help as much as you can to bring him up to speed.

“He’s not mechanical but more of an engineering engineer if that makes sense, so, more of a computer-type guy.

“So, he fits in well with JJ’s [Triple Eight technical director Jeromy Moore] style and I think they’re working really well together.”

Van Gisbergen won the first race of the 2022 campaign by a thumping, 20-second margin in the end.

However, it was not a straightforward affair, with the New Zealander prevailing courtesy of a three-stop strategy that saw him overhaul pole-sitter Anton De Pasquale with relative ease in his final stint.

Edwards was said to nevertheless be displeased with himself, something van Gisbergen took as a good sign.

“It’s been pretty awesome and after the race he was angry and said he didn’t do a good job,” recounted SVG.

“So, he’ll fit in well here. He’s very self-critical and analytical of himself, so it’s a really good thing.”

Qualifying for Race 2 starts at 10:50 local time/AEDT, with a Top 10 Shootout to be held in the early afternoon.