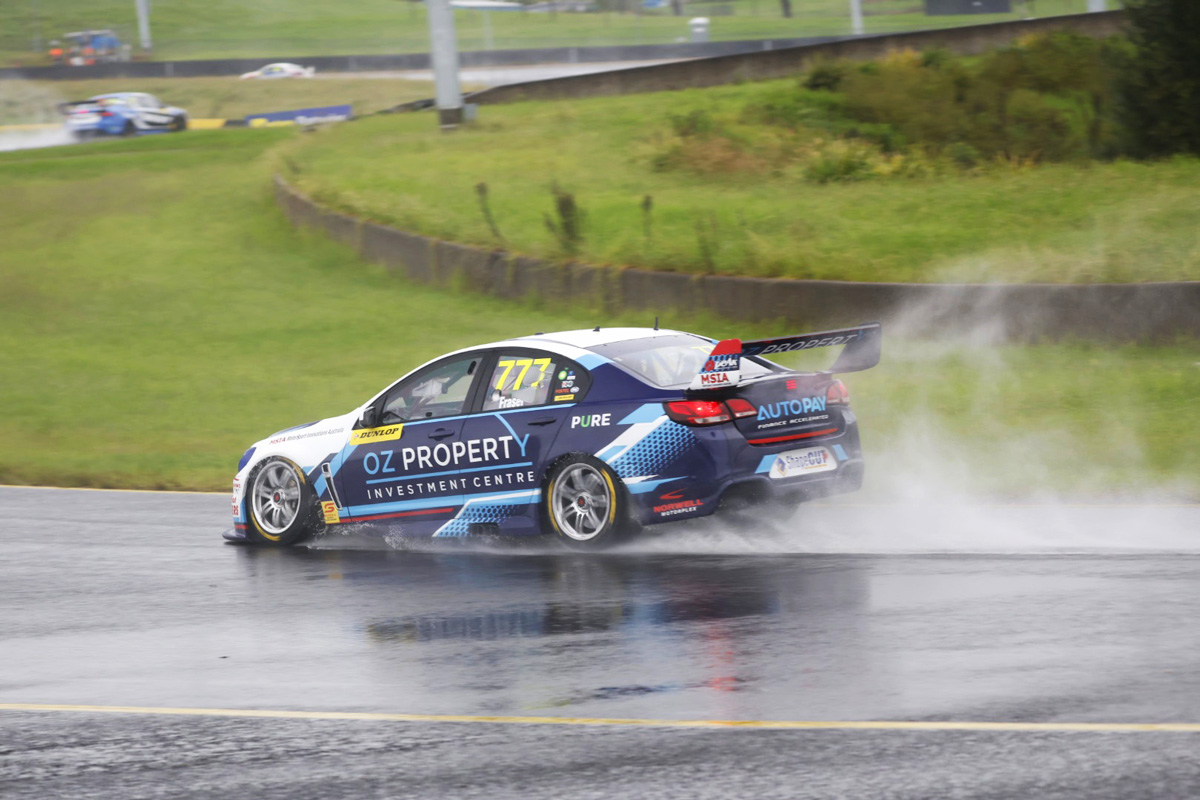 The session was the first of the day at Sydney Motorsport Park after overnight rain flooded parts of the circuit and caused the cancellation of support category action which had been scheduled for earlier in the morning.

Given the uncertainty around the weather, it was combined into a single, 15-minute hit-out rather than the now normal practice of separate 10-minute segments for the Super2 and Super3 classes.

Unsurprisingly, the cars were throwing up huge spray as rain continued to come down, and Tickford Racing’s Zak Best grabbed handy track position when he overtook the Triple Eight machines on his out lap.

Super3 rookie Kai Allen caused a shock when he went to first outright with a 1:42.9418s on his third lap in the #26 Eggleston Motorsport VE Commodore, while Hill improved to a 1:43.0487s.

Mouzouris found further time on his next lap to consolidate the outside front row berth, just before a red flag was called when Super3 driver Chris Smerdon (#39 Matt Stone Racing FG Falcon) ran off at Moffat Corner (Turn 1) and got stuck.

Race Control advised that the session would not resume, locking Fraser into his first ever Super2 pole position.

“Crazy out there,” said Fraser.

“The start of the session, it was still raining so there was a fair few puddles on the track but it got a bit better towards the end.

“The car was awesome, the team on the radio just gave me updates the whole time and to come away with my first ever pole, I can’t wait for the race, it’s going to be awesome.

“We struggled a little bit in qualifying yesterday with the car,” he added.

“We had a really good race car, we came through like seven positions or something.

“Hopefully we can continue this pace in the rain and just keep moving forward.”

The red flag marked a continuation of Tyler Everingham’s bad luck, the MWM driver having been fastest to the first sector at the time of the stoppage but left with no chance to advance from fourth position.

Already this weekend Everingham (#27 Nissan Altima) had missed Friday practice after a bout of food poisoning, then been cruelled by a flat tyre while leading Race 1.

He started that encounter from the outside of the front row and will be on the outside of Row 2 this afternoon, with Allen to line up fifth and Grove Racing’s Matt Payne (#10 Nissan Altima) in sixth.

Thomas Maxwell (#3 MWM Nissan Altima) qualified seventh and Best, who had a mid-session off at Bond Bend (Turn 2), took eighth with the 1:43.5726s he set on his second flyer.

The start time for that race is 13:15 local time/AEDT.