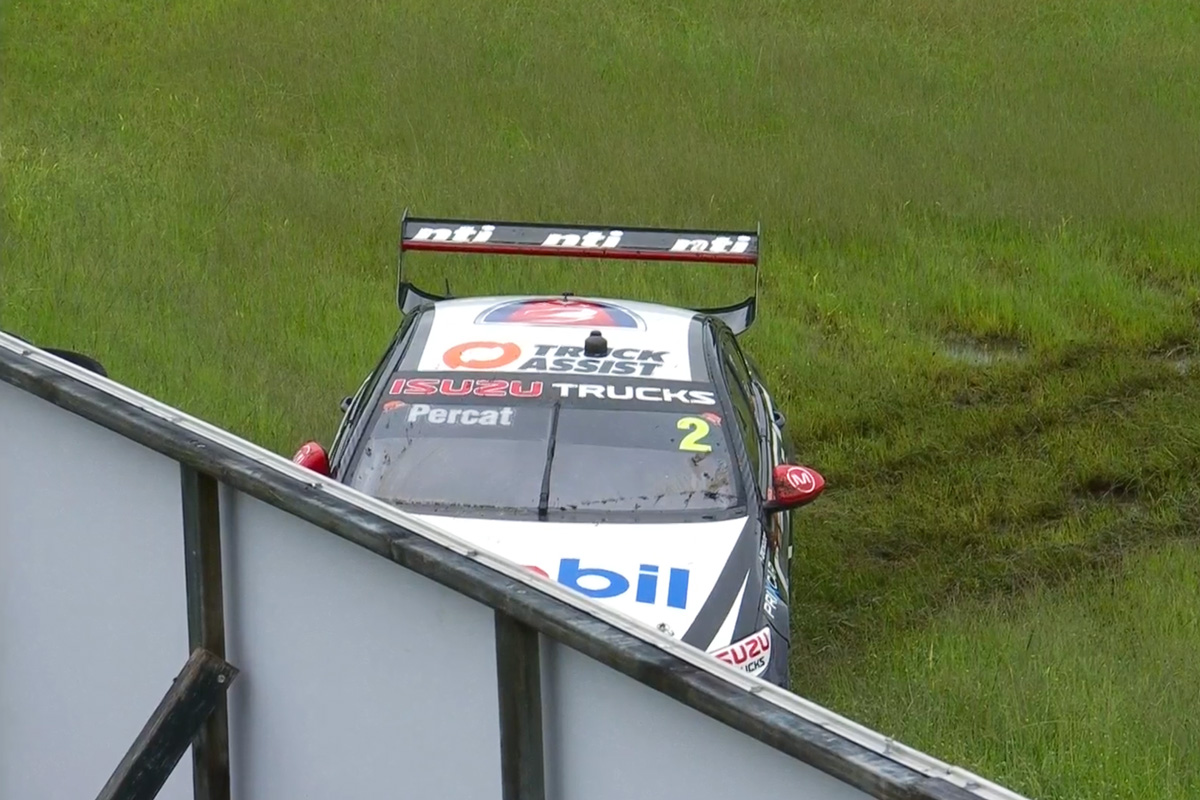 Nick Percat has conceded his crash in Qualifying for Race 2 at the Beaurepaires Sydney SuperNight was self-inflicted as he got “a little bit cheeky” in trying to push the limits.

The catalyst? A run wide at the final corner.

The result? He’ll start 25th and last for this afternoon’s 300km race.

“Just pushing the limits and got a little bit cheeky across the rivers that are up there, or all around the track, and paid the price which is massively frustrating,” Percat explained on the Fox Sports coverage.

“Obviously Chaz showed that once the tyre came up, the car was quite fast.

“It’s been a bit of a testing qualifying session so far but credit to the team, it’s all hands on deck, they’re literally washing it at the moment with a bubble bath.

“It all tracked straight so it was just a very slow, never-ending slide up to the fence.”

The #2 Mobil 1 NTI Racing driver had been on a lap to make the Saturday shootout until a track limits violation rendered his time invalid.

There’ll be plenty of big names looking to come through from the back, with Race 1 winner Shane van Gisbergen qualifying 21st, Will Brown 23rd, and Tim Slade 24th.

Pole position is currently being decided via the ongoing Top 10 Shootout.