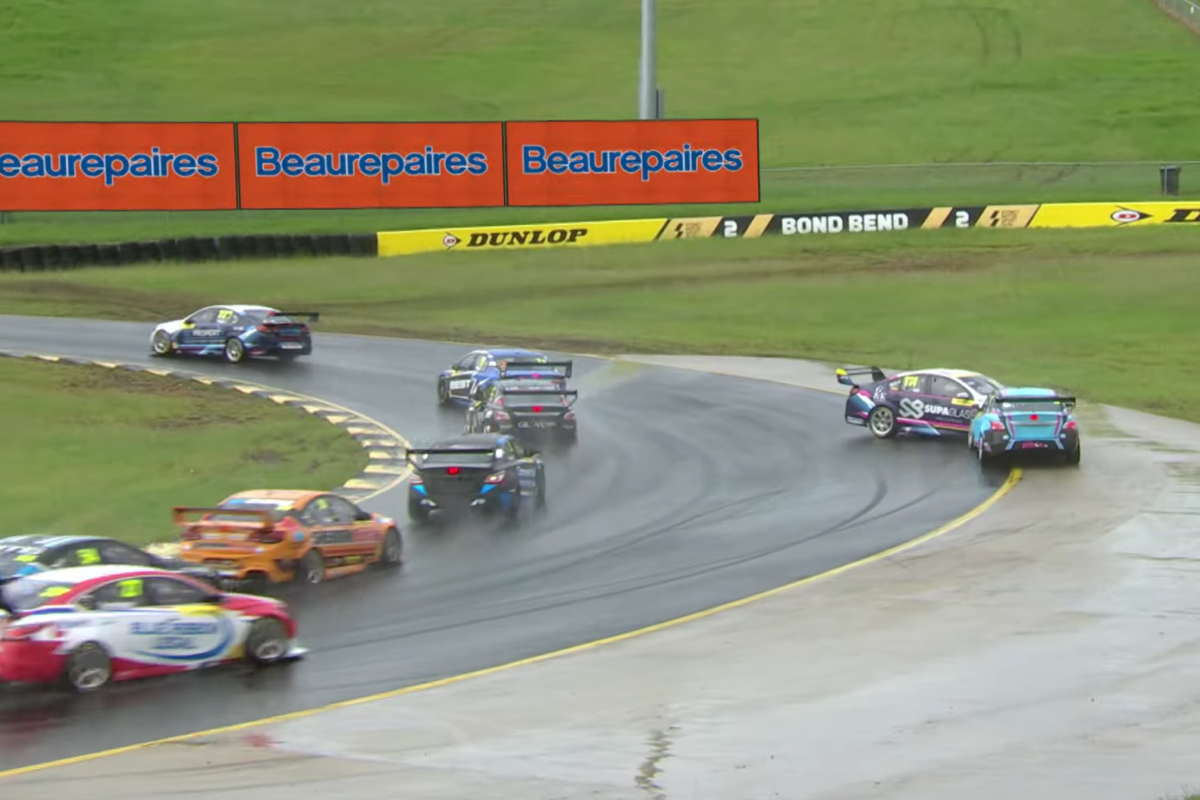 Angelo Mouzouris has been hit with a 15-point penalty for his opening-lap incident with Cameron Hill in Race 2 of the Dunlop Super2 Series at Sydney Motorsport Park.

Both drove back to the pits and while Hill was able to press on and ultimately finished 12th outright and 10th in the Super2 class, there was too much damage to the #6 Altima for Mouzouris to continue.

The MW Motorsport driver remains in 16th position in the series but now on just 51 points, having finished 13th in the Super2 class from the very back of the grid in Race 1.

“After the Race and following an admission of a breach of the Code of Driving Conduct, Careless Driving, by Car 6, Angelo Mouzouris, (for the Incident involving Car 111, Cameron Hill, at Turn 2 on Lap 1), the Stewards imposed a penalty of the loss of 15 Driver’s Series Points on Angelo Mouzouris,” read the stewards report.

Hill had originally taken the Race 1 chequered flag in 13th outright, but advanced a position due to a penalty for Eggleston Motorsport’s Matt McLean for his part in the crash which caused the final Safety Car period.

McLean was found to have also committed an act of careless driving when he made contact which saw Ryal Harris (Matt Stone Racing) leave the road at Turn 4, before sliding from the wet grass and into the side of Nash Morris (Flash Bush Motorsport) at Turn 05.

“The Stewards imposed a post-race PLP on Car 54, Matt McLean, for a Driving Infringement (Code of Driving Conduct, Careless Driving – for the Incident involving contact with Car 58, Ryal Harris, which then caused Car 58 to collide with Car67, Nash Morris, at Turn 5),” read the stewards report.

The sanction, converted to a 33-second time penalty, relegated McLean to last of those on the lead lap and leaves him in 13th in the standings.

Stewards investigated an incident between eventual race winner Zak Best (Tickford Racing) and Fraser but decided no driver was wholly or predominately to blame.

Presumably, that was when Best made the pass for the lead when he got a better run between Turns 05 and 6 early in the race.

An incident between Jay Hanson (Image Racing) and McLean which caused the latter to lose multiple positions was judged likewise, as was the three-car crash on the starting grid involving Super3 drivers James Masterton, Tony Auddino, and Paul Boschert.

No action was taken over the tangle between Zane Morse (Brema Group) and Cameron Crick (Eggleston) which caused the second Safety Car.

Crick ended up in the wall on the exit of Turn 8, but was deemed predominately to blame.