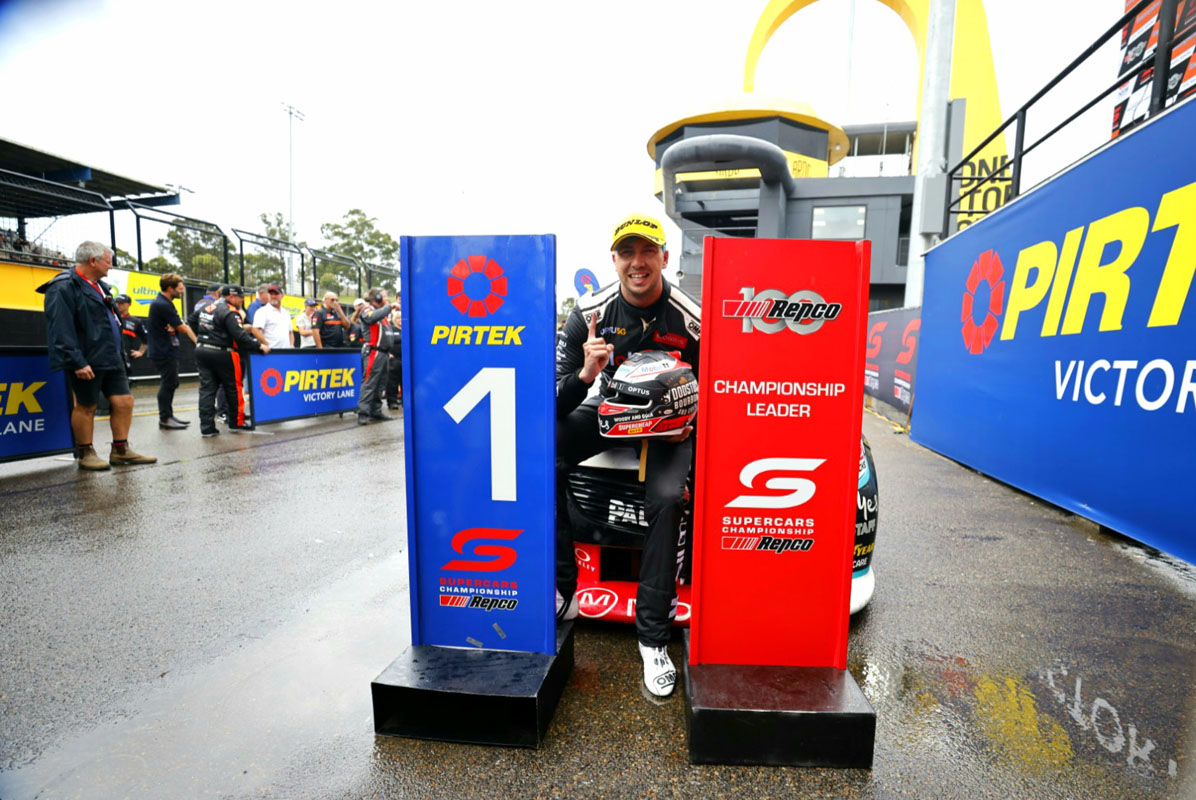 Chaz Mostert has reacted glowingly to grabbing the championship lead for the first time in his Supercars career.

The Walkinshaw Andretti United star delivered a masterclass in changeable conditions to win Race 2 at the Beaurepaires Sydney SuperNight this afternoon.

It means Mostert’s #25 will turn orange – the designation for the driver who is leading the Supercars Championship – for the start of the Ned Whisky Tasmania SuperSprint later this month.

“To be honest, I never thought I would ever have an orange number on my car after all these years so driving up and seeing this [championship leader] board, it’s pretty cool,” he said.

“I know it’s Round 1 but it’s just cool to tick that box off the list.

“I don’t know where to start. What a race. What a weekend for us: a third and a first.

“It makes it pretty hard to get rid of this blue hair now, we seem to go alright.

“Just super stoked for the whole team, this Mobil 1 Optus race car was fantastic, the strategy worked well, took a gamble, and it all paid off.”

WAU is third in the teams’ championship after a tough Sunday for Mostert’s team-mate Nick Percat, who is 11th in the drivers’ standings.