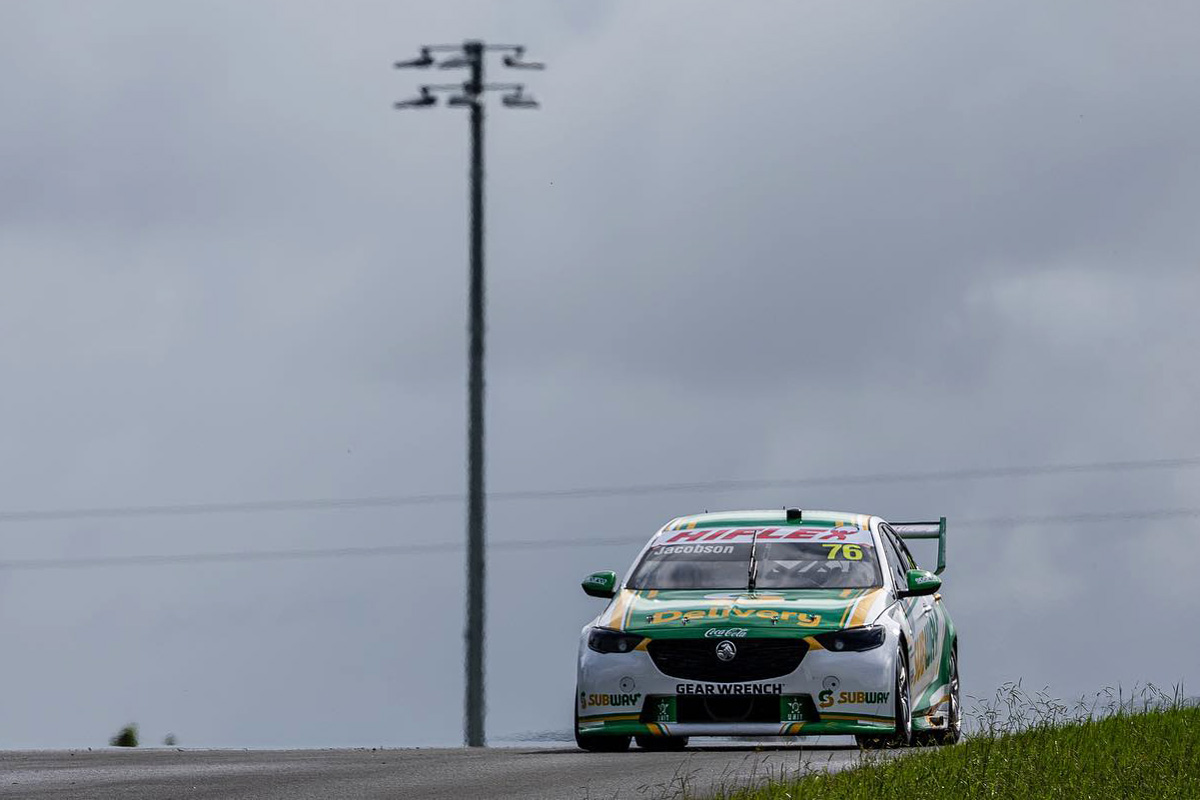 The pair have been pinged for leaving the pits with wet tyres fitted to their cars without Motorsport Australia officials declaring the track wet.

Jacobson was to have started the 77-lapper from 17th in his #76 Subway Racing Holden ZB Commodore while Slade was 24th in the #3 CoolDrive Racing Ford Mustang.

It’s not all bad news for PremiAir Racing, however. Jacobson’s team-mate Chris Pither will start 13th in the Coca-Cola Racing entry.

Teams have three tyre options at their disposal, the super soft, soft slick, and grooved wet.