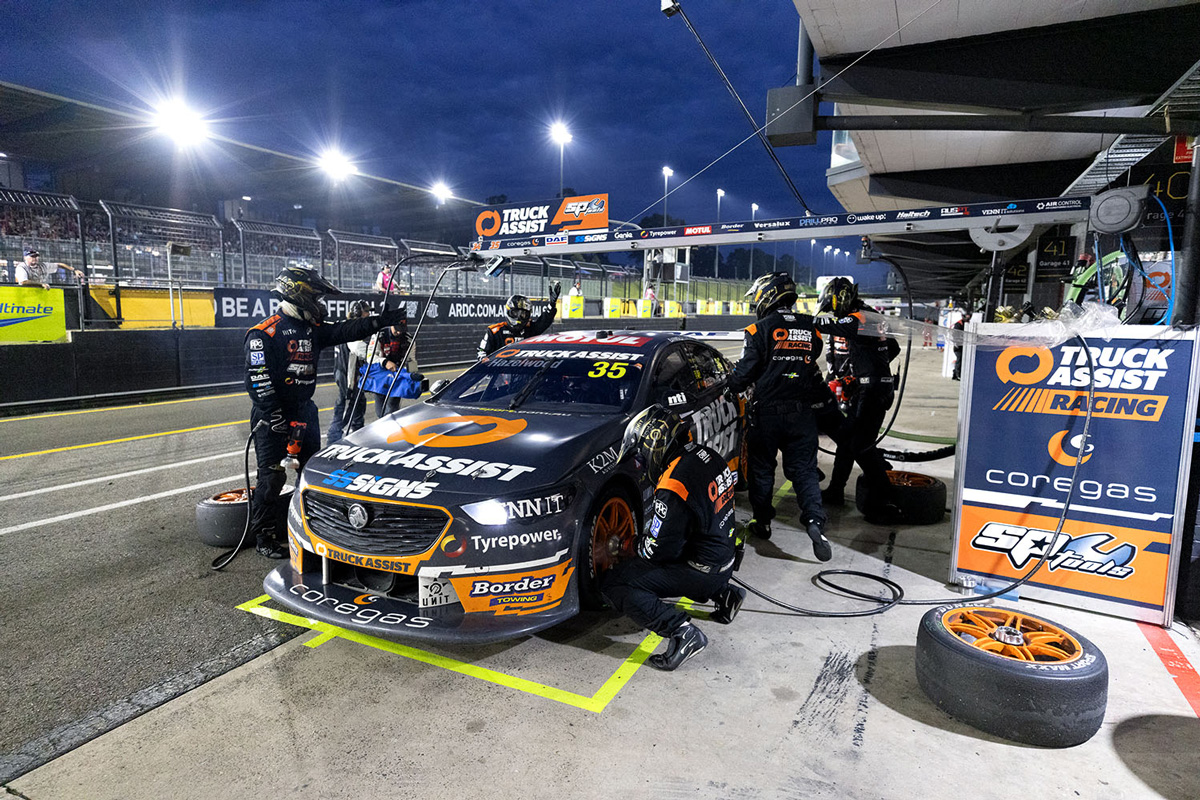 Todd Hazelwood has been slapped with a 15-second post-race penalty following the opening 300km leg of the Beaurepaires Sydney SuperNight.

Hazelwood had finished 14th in his first race back with Matt Stone Racing – just behind team-mate Jack Le Brocq – but drops one place to 15th as a result, behind Brad Jones Racing’s Andre Heimgartner now.

The stewards report noted a potential safety risk had been caused by the pit speed limiter briefly being deactivated on the #35 Truck Assist Racing ZB Commodore.

“The DRD received a report from Supercars Technical that during one of Car 35’s, Todd Hazelwood’s, Pit Stops, the Car had been dropped without the Pit Speed limiter activated,” read the stewards report.

“The DRD’s investigation revealed that Car 35 had moved forward in the Pit Lane for a brief distance without the limiter activated in breach of Rule C15.5.2 posing a potential safety risk for personnel in the Pit Lane.

“Following an admission to the breach, the Stewards imposed a Post-Race 15 Second Time Penalty on Car 35 to be added to Car 35’s Race time.

“The DRD reported to the Stewards that the Driver had activated the limiter promptly after recognising it had been inadvertently de-activated during the Pit Stop and, although the spinning rear wheel speed while the limiter was not activated was high, the Driver’s prompt activation of the limiter prevented the Car from exceeding 40km/h when moving away from its Pit Bay.

“Had the limiter been de-activated for a longer period and had the Pit Lane Speed limit been exceeded, the Stewards may have imposed a more severe Penalty.”

MSR wasn’t the only team to feel the wrath of the stewards overnight, with Erebus Motorsport and PremiAir Racing both fined for pit stop matters.

“Following the Race the DRD conducted investigations into reports from Supercars Technical that in respect of Car 99, Brodie Kostecki, and Car 22, Chris Pither, Erebus Motorsport and PremiAir respectively had breached Rule C11.4.2.1 (in the case of Car 22 on 2 occasions) – failure to ensure the rear brake pressure is a minimum of 20bar while the brake lock mechanism is engaged during a Pit Stop,” read the stewards report .

“The Competitors in each case having admitted to the breaches, the Stewards imposed Fines in the sum of $250 on each of Erebus Motorsport and PremiAir (x2).”

Qualifying for Race 2 of the Supercars Championship will get underway at 10:50 local time/AEDT.