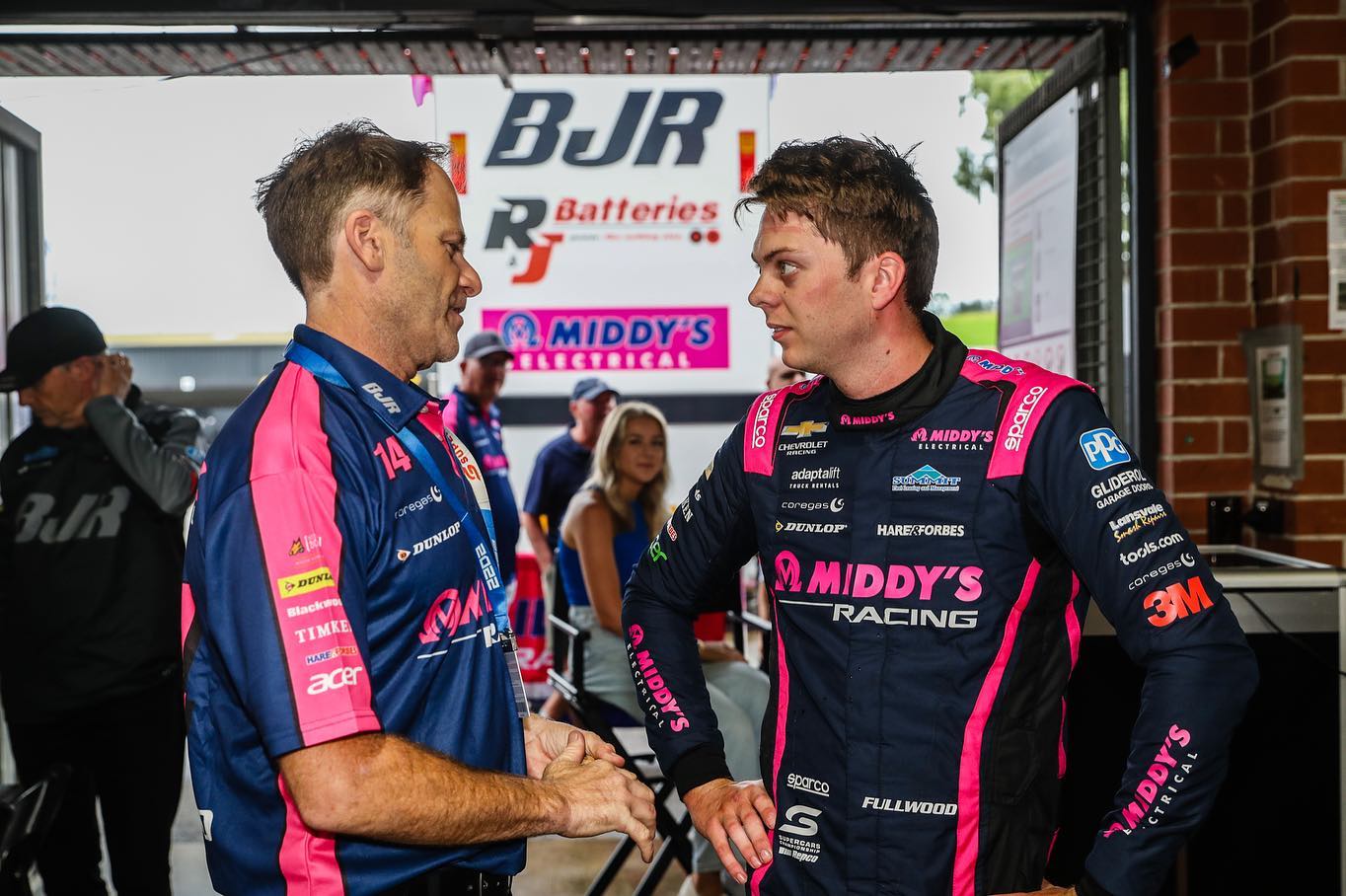 Supercars television presenter Jack Perkins predicted fortune would favour the brave in wet qualifying this weekend and that proved exactly the case for Bryce Fullwood this morning.

The Middy’s Electrical-backed Brad Jones Racing driver made the bold call to be the first to switch to slick tyres in damp conditions at Sydney Motorsport Park, just before the midway point of Qualifying for Race 2.

Able to get his slicks up to temperature before his rivals, Fullwood never looked like missing the Top 10 Shootout and even spent a chunk of time atop the leaderboard.

The 23-year-old Darwin product wound up seventh at the end of session, meaning he’ll be BJR’s sole participant in the upcoming shootout.

The tyre gamble was critical in the success.

“[The call] was probably mine,” said a chuffed Fullwood.

“Phil [Keed, engineer] wanted to come in and put another set of wet tyres on, he wasn’t happy with those ones and rightfully so, I was skating all over the place.

“I said ‘let’s just go slick’ because I guess the areas that were wet on the track were quite wet but the areas that were dry were really quite dry, and this Dunlop soft tyre is actually quite good in the wet – certainly a lot better than the hard tyre which obviously we don’t run too much.

“But it’s quite good in the wet, so I felt like if I could heat it up and get enough heat into it, then it wouldn’t be so bad in the wet and obviously that’s what everyone else has done in the end too.”

After qualifying 11th and finishing 12th yesterday, it continues a positive start to his BJR tenure.

“It’s awesome, I really didn’t know what to expect coming into this event, obviously so many new things: new team, new environment, new car, new engineer, new everybody, so I really had no idea what to expect,” said Fullwood.

The Top 10 Shootout will start at the revised time of 12:15 AEDT after some earlier delays to the track schedule.