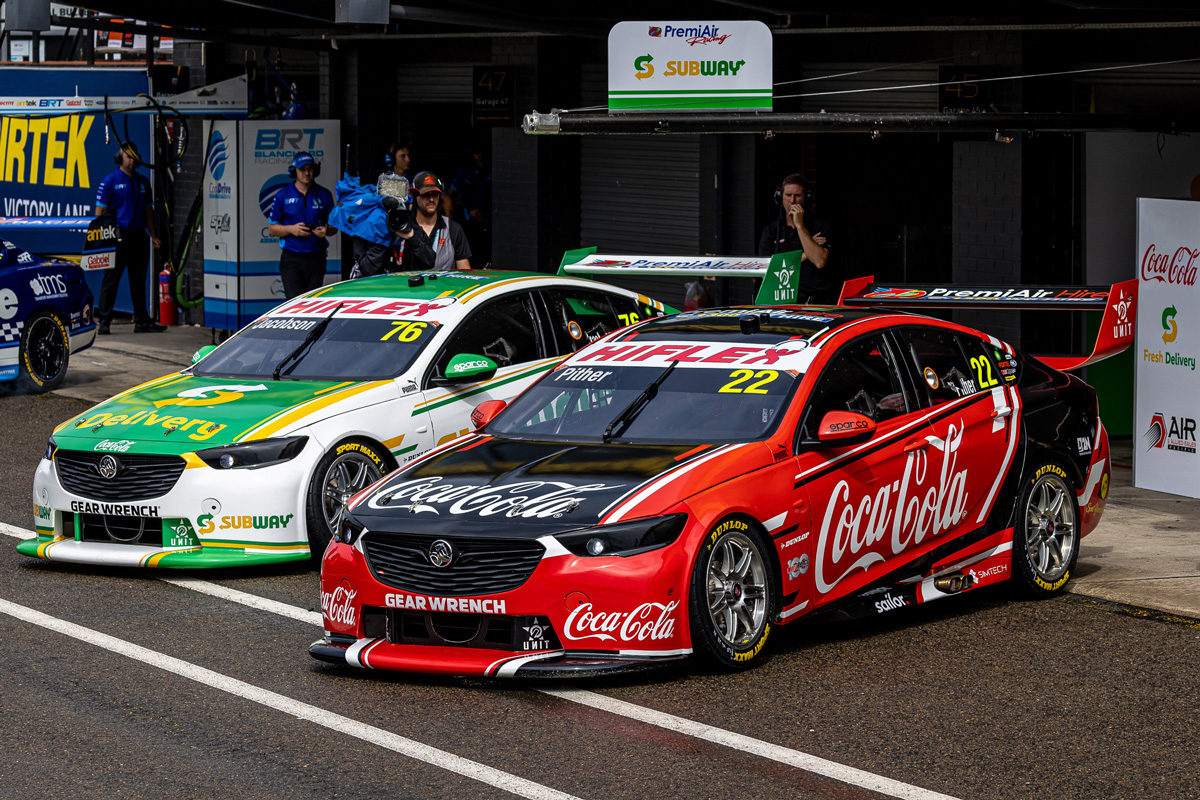 The PremiAir Racing Holdens of Garry Jacobson and Chris Pither

For drivers Chris Pither and Garry Jacobson, it represented the first proper hit-out as a team in the Repco Supercars Championship.

On a similarly slippery circuit, Pither and Jacobson rolled out onto Sydney Motorsport Park yesterday afternoon to usher in Supercars’ newest outfit.

For team boss Peter Xiberras, it’s been a whirlwind journey to the first event of 2022, establishing everything from scratch in just six weeks.

“Whether I had six weeks or six months, whatever the time frame is you seem to take that long to get there,” Xiberras told Speedcafe.com.

“The fact it was six weeks and we have a timeline, we just had to do it. Things really only fell into place the last week, week-and-a-half. It’s all just come together and here we are.

“I know it sounds crazy, but I’m still pinching myself,” he added.

“Like, is this for real and happening? Especially, we’re at the elite end of circuit racing in this country. To be involved at this level and be competitive… wow, yeah. It’s pretty cool.”

After teething trouble in Practice 1 saw him complete just six laps and wind up 22nd, he would improve in Practice 2 to 16th and rack up 14 laps.

Pither, meanwhile, was 24th and 22nd across the two sessions.

Not spectacular by any means, but the start of what Xiberras wants to be a highly competitive squad eventually.

“Because I’m new to it, it’s sometimes hard to set expectations when you don’t really know what to expect,” he said.

“I’ve always been the guy watching it on TV or from afar. For me, it’s a bit surreal. I’m actually putting all my trust in the people that we’ve put on.

“So far they’re doing a great job and the cars are looking great. We’re chipping away, which is what we all agreed to do. Hopefully we can run a pretty respectable pace [on Saturday].

“I’m happy. I thought we’d probably be down the leaderboard a lot further.

“We had a little problem with Garry’s car with the clutch, but we’ve sorted that out now. Garry did very well. I’ve gone from being a little bit nervous to excited.

“I know people don’t give us much of a chance, but I haven’t come here just to run at the back of the pack for 12 months.

PremiAir Racing will continue its journey today with Qualifying for Race 1 at 14:45 local time/AEDT.