Whincup: First win as T8 boss ‘a monkey off the back’

Whincup: First win as T8 boss ‘a monkey off the back’ 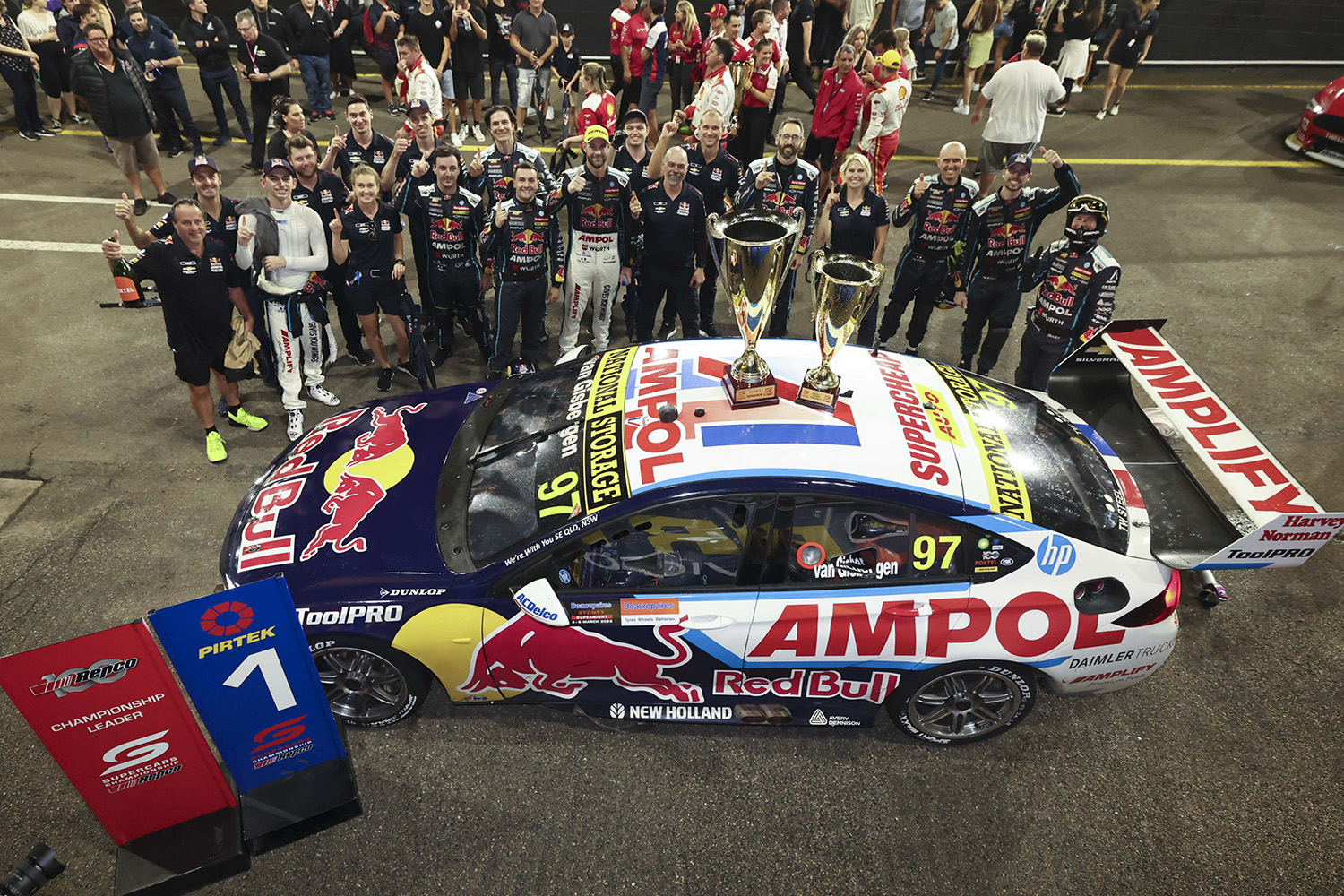 Jamie Whincup says it’s a relief to get his first Repco Supercars Championship race win as Triple Eight Race Engineering boss out of the way.

Shane van Gisbergen drove the #97 Holden ZB Commodore to victory with a three-stop strategy in Race 1 of the season at the Beaurepaires Sydney SuperNight.

The Kiwi did it in dominant fashion, winning by 19.558s over Anton De Pasquale, who started his #11 Shell V-Power Racing Team Ford Mustang from pole position.

It marked the first win for Triple Eight under its new leadership group, which is fronted by Whincup as team principal.

Co-owners Jess Dane and Tony Quinn were also trackside for the win, the latter making his first podium appearance as the team’s representative.

“It’s a bit of a monkey off the back, to be honest.

“Shane did a great job and what a race, so many different strategies, everyone put their super soft tyre on at different stages, it was fantastic.”

The structure shift is the most significant in the team’s history, with founding team principal Roland Dane relinquishing his stake in the business and moving into an advisory role.

With Dane no longer spearheading the team and a new group at the helm, Whincup said there was an element of pressure to continue its strong vein of form.

“It couldn’t be better,” said Whincup.

“Obviously there’s a lot of momentum that’s gone on from a long time but there was certainly some pressure there to make sure we perform this year.

“It’s only Round 1 but we have got a race win, couldn’t be happier, and we’ll keep our head down for tomorrow.

“I think we had a fast car, we nailed the strategy tonight, no Safety Car which was strange, we were ready for it, it was all going on. I actually quite enjoyed being in the garage.”

Qualifying for Race 2 will be held tomorrow from 10:50 local time/AEDT, with a Top 10 Shootout and Race 2 to follow.